My plan was to talk about the decks from the Pro Tour, but that doesn't seem like a lot of fun considering that there isn't a wide range of material. The Eldrazi took over the Pro Tour. and the only thing that had a chance to save us were some robots. As it happened, they were smashed to bits by the Eldrazi. In short, if you are going to play Modern anytime soon either play Eldrazi or find a way to beat them.

Instead I'm going to talk about something near and dear to my heart: Legacy Storm. I get asked the question "How do I get good at Storm?" or "I want to learn how to play storm, but where do I start?" quite a bit. It is really hard to answer in just one or two sentences, so I thought I would write an article telling you a bit about how to get started at becoming a good Storm player. For the purpose of this article I will be talking about ANT as the Storm deck of choice, as it is the most common build and the one I play the most.

The first thing you have to ask yourself is whether you are a risk adverse person. There are going to be so many times where you don't really know if you have everything you need to kill your opponent. Maybe you got to see their hand last turn and they drew a card or two, or you have to try and kill them using Ad Nauseam as the set up card, or you have to play a Past in Flames and use some of the draw spells to try and get a lethal Tendrils of Agony. If making a play based on percentages is something that is far outside of your comfort zone, then this deck just isn't for you.

Another question you have to ask yourself is "How sharp can I stay during a tournament?" Are you a player that can play great all the way through a tournament? This might sound weird, because you want to stay sharp with every deck, right? The difference with storm is that it is very unforgiving if you mess up. While games and rounds can be short, the math and sequences can be very taxing. This is something that might be hard for some players, as self evaluation is something that many struggle with. If you can honestly say that you know how to stay focused and keep your play sharp throughout a whole tournament, then Storm is a deck that you can learn to pilot. 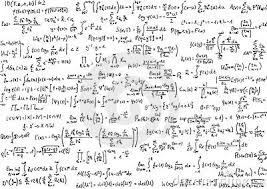 A lot of people think that you need to be a math genius to play Storm, and while it does help it's not a hard prerequisite. I know more than a few Storm players that might have trouble giving you correct change. I believe you can learn a lot about Storm through repetitions.

It Starts with Solitaire 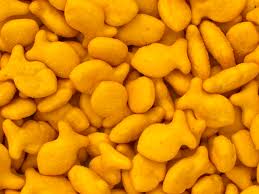 This is my first word of advice for the deck- goldfish extensively. Goldfish the deck a ton. A million times. Try and go off as early as possible, and if it doesn't work out, try and set things back to the beginning of your turn to see if there is something you could have done differently, or whether you would have had to wait a turn. All you are trying to accomplish is a feel for the deck. This will also get you used to the ritual math. Learning how to do that fast is just one of the shortcuts that you will need to know in order to play the deck in a timely fashion. Just for reference, Dark Ritual is +2, Cabal Ritual is either +1 or the more used +3, Lion's Eye Diamond is also +3, but can't help you cast spells in your hand, and Lotus Petal is +1. This math might seem easy, but if you memorize it that is one less thing you will have to think about. The less you have to think about the less draining the deck is, and the fewer amount of warnings you will get for slow play. 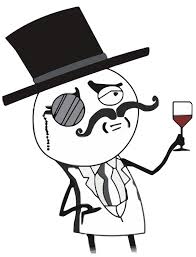 The next step is to get fancy. You can goldfish so learn some tricks. Here is the set up. You have Ad Nauseam in hand, but you only have two Lion's Eye Diamonds and Underground Sea as your mana available. The other cards available to you are Gitaxian Probe and [card]Brainstorm[card]. We said we want to goldfish as fast as possible, but it doesn't seem like we can cast the Ad Nauseam because the LEDs don't make mana to cast spells from our hand. In this scenario we can cast Brainstorm and put the Ad Nauseam on top of our library, then play both LEDs, then cast Gitaxian Probe. With that on the stack you can use both LEDs to get black mana, then resolve your Gitaxian Probe drawing Ad Nauseam, and cast it with the mana from the LEDs. This is a pretty simple trick the deck can do, but it is important to know these tricks because the more you have memorized the less draining the deck will be during the tournament. I can't stress the importance of this enough.

Now to Get in Some Actual Games 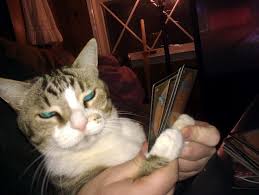 Now that you have learned to goldfish, it's time to play against a real person. This can be tough for several reasons; some people don't want to test versus combo, not a lot of people have time to playtest, and you might not have enough legacy players around that want to playtest at all. If you are lucky enough to have a playtest partner then use that opportunity to play both pre and post-board games. Playing post-board is huge for Storm, as most decks don't put up that much of a fight in the pre-boarded games. Sometimes it can be the opposite, as some decks have cards like Gaddock Teeg which Storm has no maindeck answer for. Also, playing post board is how you will play most of your games in a tournament anyway, so it's just something you should learn how to do.

If you don't have a playtest partner, then try and put some decks together and play against yourself. This will be slightly less effective as part of the challenge to playing Storm is trying to figure out what the other player has, but it can still be great as you will be getting reps in against real cards and real situations.

The Art of Sideboarding

Learning how to sideboard is something that can be difficult, but luckily it is also something you can read up on. Carsten Kotter wrote a great piece on this topic a couple years ago. It is also something that you will get a feel for as you play the deck more. The main thing is that you want to know what the other deck is boarding in against you so that you can counter what they are doing. For example, a deck like Lands will bring in cards like Chalice of the Void or Sphere of Resistance, which can both be dealt with by bringing in a cards like Abrupt Decay or Rebuild. Another thing to remember is to not over-board. I have seen many players bring in things like Xantid Swarm or Disfigure against decks like RUG Delver, but this is not good sideboarding. The main reason is that you are not a control deck. Not to mention that your deck is preboarded to beat counter magic with discard spells. The only card I bring in against decks like RUG Delver is Empty the Warrens, as they usually don't have an answer to a bunch of goblins so playing that card with a storm count of three or four in the first couple turns can just be game over.

Now You're Ready to Start Battling

Finally, after all of this I think you would be ready to take Storm to a tournament. I will stress that you might not do well, as you are still learning, but you would do a lot better than had you just showed up with the deck with no practice. The goal of the first couple of tournaments is to get better. While at the tournament it's good practice to take notes; was there a time that you thought you could have killed someone and missed? Was there a time where you didn't think you could kill someone, but looking back maybe you could have? Was there a very tough decision that you could have chose differently and perhaps turned a loss into a victory? Maybe there was a cool new trick that you learned! These are things I try and write down every time I play the deck. I have been playing Storm variants for as long as I can remember, and I still learn new things to this day. That is why I love Storm and Magic so much. No matter how good you think you are there is still so much to learn.

I think that is enough about Storm for now. Let me know if you want to learn more. As always, thanks for reading!

One thought on “A Beginners Guide to Legacy Storm”