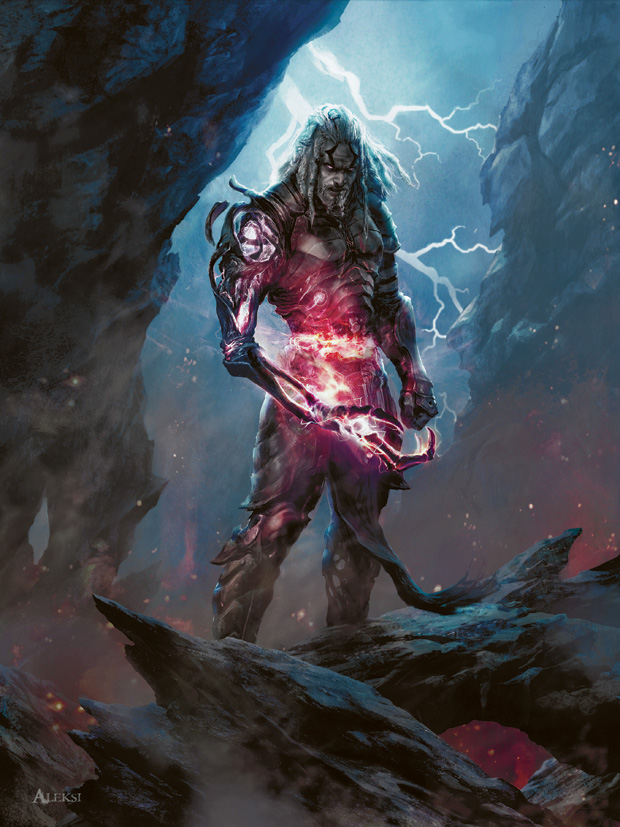 Welcome back, readers! It's been a while since I did any of this series and while I really love digging up new ideas for articles, sometimes it's important to simply sum up significant changes in the Magic financial realm.

This past week a few major events occurred. We saw a Modern banning, two unbannings, and a Standard rotation. The financial relevance of these events is reflected in the changes we'll outline below, which were largely attributable to them.

1. Thopter Foundry (+2100% and +1640%) - You can't be surprised about this one, unless you've been living under a rock. Both printings of Thopter Foundry (Alara Reborn and Commander 2013) were down to $0.5 prior to Sword of the Meek's unbanning, so this jump to the $11 range represents a massive percentage gain. Most decks using the Thopter/Sword combo tend to run more copies of Thopter than Sword, which may have given it an extra push.

2. Sword of the Meek (+321.5%) - No big surprise here either, even if the unbanning itself caught a lot of people off guard. Hopefully you read the various QS articles discussing whether this card deserved to be on the Modern banned list and acted back then. I know I picked up my four copies back in November 2015 for around $2 each.

I wish I had gone deeper. At the time, while I agreed that the card shouldn't be on the Modern banned list, I felt that quite a few cards on the list fit that description and WoTC hadn't really shown any action on them. That being said, an unbanning usually leads to a massive spike, both in the card in question and others that combo with it, as our #1 gainer shows.

3. Time Sieve (+206.1%) - Again another spike due to the unbanning of Sword of the Meek. Like Thopter Foundry, this card had a pretty low buy-in. This is often a big factor in major price swings as it allows the largest number of people to buy in.

I have yet to see any good results with this one and some believe it's more of a "win more" card, but there's a decent chance some form of U/B Tezzerator deck will move to Tier 1 in Modern thanks to the addition of the Thopter/Sword combo. If it does, Time Sieve may find a home in the deck (though most likely in the sideboard).

4. Always Watching (+172.4%) - Here's our first gainer due to Standard demand. This card has found a home in the white-based aggressive decks in Standard. It pairs extremely well with Dragonlord Ojutai (turning on hexproof indefinitely thanks to vigilance and putting him out of Languish range). It also combos with another card further down on this list (Archangel of Tithes) by allowing both of the Archangel's abilities to function simultaneously.

5. Tezzeret, Agent of Bolas (+170.3%) - This one had a higher buy-in price, but nonetheless gained a lot from the Sword of the Meek unbanning. Tezzerator decks haven't ever been Tier 1 in Modern despite the plethora of good artifacts available, primarily because they had a hard time beating aggressive decks.

Black has a lot of good answers to early creatures, but if you filled your deck with answers (which are typically instants or sorceries) you weakened Tezzeret's ability to provide card selection and increased the chances of whiffing. We see a similar deck-building limitation with Collected Company decks that try to keep the non-creature count as low as possible.

With the release of Sword of the Meek from the banned list, Tezzeret, Agent of Bolas gets an on-theme way to stabilize against aggressive decks. Lots of people are already brewing with the planeswalker.

6. Kytheon, Hero of Akros (+139.8%) - Another winner from rotation (or rather the entry of Shadows over Innistrad to Standard). Kytheon was originally touted as one of the better Origins flip walkers but he quickly fell out of favor as midrange decks took over and white aggro decks failed to pan out. With a return to the plane of Innistrad and a resurgence in power of the human tribe, he's found a home in the G/W Human decks that have found an early foothold in this new Standard.

7. Ulvenwald Hydra (+136.4%) - This card started out in the $3 range and several QS members actually went in on it as an undercosted, powerful mythic from the set. Since the thread began, the card has shot up to almost $9.

As a sort of fixed Primeval Titan, searching for any land will likely do well in Commander decks, but the Hydra also has a potential home in Standard decks running bullet lands. It saw some brief time on camera at this past weekend's Star City Games Open but didn't make it into the Top 8. The highest tables were infested with G/W/x aggro decks which meant a six-drop that fetches a land was poorly positioned.

I expect this card will begin to drop given the new metagame. Trade them off now and pick them up later (if you want them for Commander).

8. Secure the Wastes (+134.1%) - Another big Standard gainer. Secure has found a home in several of the W/B Midrange decks that had a good Day 2 showing, although only one copy made the Top 8 dominated by W/x Humans decks. Given Secure the Waste tokens aren't humans and don't get pumped from Always Watching I don't expect this new price to stick.

This is another of the cards that gained a lot of early hype but didn't seem to pan out over the weekend. That isn't to say it may not end up better as the metagame matures, but this Dragons of Tarkir rare is sitting at almost $11 now.

9. Ancestral Vision (+132.3%/+113.7%/+90.3%) - Ancestral Vision was the other card that came off the banned list so it was expected to show up on the list somewhere. Unlike with Sword of the Meek, many people (myself included) have been calling for this one to get unbanned for quite some time. If you look at the price graph above you'll see it had gains right before the Oath of the Gatewatch Banned and Restricted announcement.

10. Undiscovered Paradise (+124.5%) - While this card did technically spike, you can still acquire HP/MP copies on TCG Player for the old price. The implication is that someone noticed there were very few LP/NM copies and tried to force a price spike or manipulate PucaTrade. Alternately, it might be that a few people wanted only LP/NM copies and bought up the few on offer.

There were no major breakthroughs that I'm aware of to indicate an increase in demand for this card. My only other theory is that there may be a push for a resurgence of Dredge in Legacy. Undiscovered Paradise is one of the few Reserved List cards in this archetype that hasn't shot up already (unlike, say, Lion's Eye Diamond).

Dredge is the type of deck that slowly falls by the wayside only to suddenly take down an unsuspecting tournament. This causes players to rush out and pick up extra graveyard hate, which then pushes Dredge back down. We may be seeing one moment in this ongoing process.

Either way, it's on the Reserved List, so while Undiscovered Paradise's new price is unlikely to stick it's also unlikely to fall entirely back to the old price.