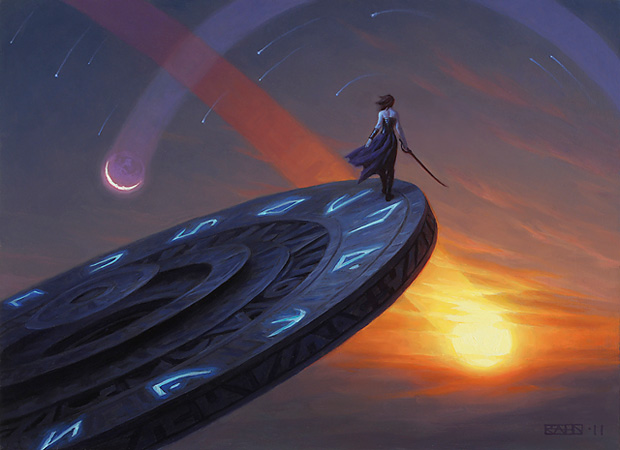 We've seen monoblue Taking Turns see periodic success in Modern, though it has never held a significant share of the metagame. While perusing decklists, I happened upon an Azorius version that looked interesting. Perhaps it was the Narset Transcendent that got me excited, or maybe it was that the deck was piloted to a 5-0 finish in a Modern league by Reiderrabbit, or as you might know him, Reid Duke.

Path to Exile is a nice speed bump for aggressive decks, and Timely Reinforcements is kind of a three mana Time Walk against non-Infect aggressive decks. The Paths matter a lot against Infect though, and that is the one thing that gives this deck game in that matchup, where the monoblue version would usually just get rolled. Ancestral Vision helps ensure that the deck will be able to continue taking extra turns ones it starts, though it doesn't really help you get there. It's a nice boon for consistency, though I'm slightly skeptical. It might just be correct though.

Seeing Reid posting a result like this so close to a weekend with two Modern GPs makes you wonder if we'll be seeing this deck this weekend. Pros are often tight-lipped with technology and you wouldn't expect something like this to occur, though one way or the other Reid did 5-0 the league.

Dictate of Kruphix is only about a buck right now, which makes it a reasonable pickup. I recommended picking up Time Warps when they were closer to $10, and they've seen some slight growth since then. I like the card just as a long term hold due to casual appeal, and a good GP showing could lead to significant growth. 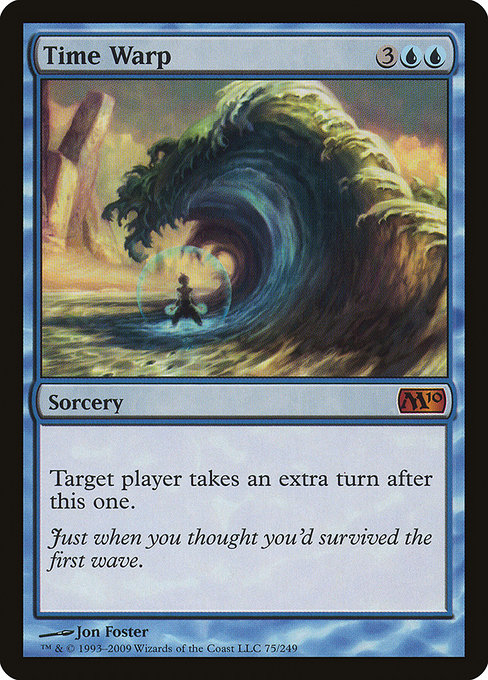