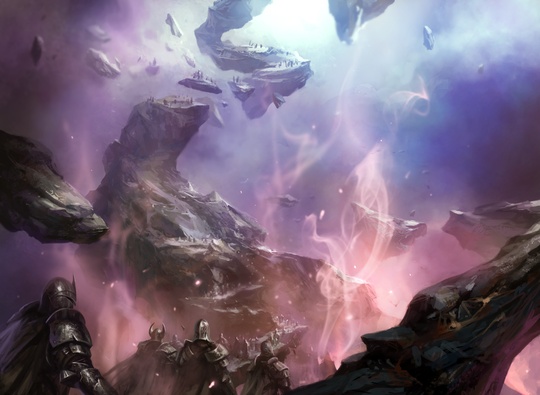 Hello investors! This weekend we will have triple modern Grand Prix and the best performing decks will shape a new metagame. The current Modern metagame is actually pretty diverse, and as a result investors put their money in a wide pool of cards, causing price swings in the short term after discovering the winners and losers of the events. This weekend will be a game changer because we haven't had a premier Modern tournament in a long time (Grand Prix Charlotte and Los Angeles were the last. Investors have already moved the prices since we are very close to the date, but there are still plenty of good speculations. So this Buy, Sell or Hold episode will be modern entirely.

It's uncommon to see decks upgrade, and Dredge managed to make it even with old cards. There is no doubt that playing with Bridge from Below and Greater Gargadon is a better option in the StarCityGames tournaments, but this version hasn't yet gained worldwide popularity. A good performance this weekend is all we need to increase the Dredge presence in the metagame. Unlike Greater Gargadon - which I gave a hold rating in my last week article - the Modern Masters Bridge from Below is underpriced compared to the Future Sight printing (at 4.07 tix). This is a great chance to grab some copies of one of the cards I think will be the biggest winners of the weekend.

The zero mana cycling artifact was a great speculation right after Coldsnap flashback drafts ended, but since that moment we've seen Death's Shadow Aggro gain extreme popularity, becoming the second most played deck a few weeks ago. Brad Nelson's third place finish at last week's SCG Invitational with the deck rebounded the price of the entire deck. At this point I don't think the card will go even higher, it's better to sell it now before every other speculator does.

Voice of Resurgence got plenty of attention after the release of [card]Eldritch Evolution/[card] because of their sweet interaction. The deck is still in the shadows, at least according to metagame numbers. But a good performance this weekend will send the entire deck upwards in price. On the other hand, Dragon's Maze Flashback drafts are at the end of the year, marking a strong resistance level. I wouldn't take the risk to try to get a better price, it's price is currently close to historic high, I rather just sell them right now.
Verdict: SELL

I know I said this week is all about Modern, but this eldrazi is a multi-format card, which is great in this situation. If the card doesn't make a good impression in Modern it still might do it in Standard. The current price is very close to me rating it either a buy or hold, but I will lean on buy this time because I know some pros are playing Bant Eldrazi in Modern and I expect the big teams to play it this weekend.
Verdict: BUY

As many other QS writers said, it's not only is good to speculate on emerging decks, but also in the strategy that counters it. This great anti-graveyard card is at it all time high, but is so good doing its job that is worth a shot. I wouldn't buy it at the current price but I prefer to hold them until the GP's result to try to get a better price. Keep in mind that timing is crucial for this speculation. If dredge deck isn't played as much as it's expected the price will drop fast.
Verdict: HOLD
See you next Friday!
Nicolas Cancellara

One thought on “Insider: MTGO Cards to Buy, Sell or Hold – Episode 7”