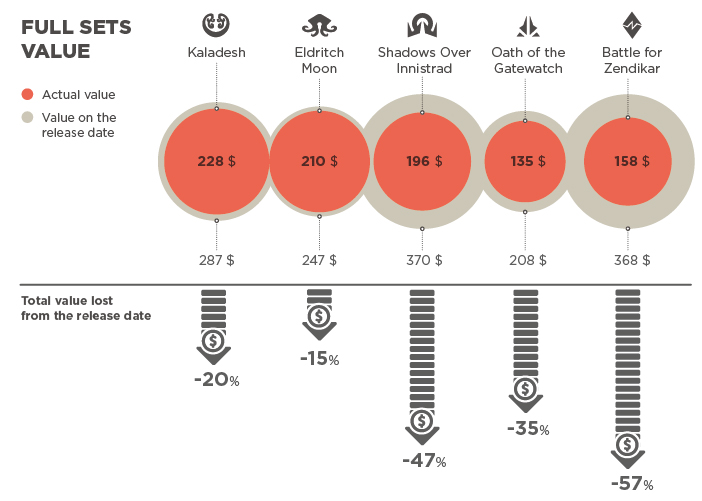 Where is the Money?

We all know every set loses most of its value a few weeks after release, but it is worth knowing what happens to the value of older sets. Below is a comparison between the value of a complete collection of all Standard-legal sets today and their value at the time of release, along with some other interesting details such as value by rarity and the percentage of the set's average value by rarity.

Predictably, the more time passes the more sets tend to lose most of their value. It’s especially interesting to note that sets with great expectations from players – namely SOI and BFZ – dropped in value significantly more than the others.

I decided to compare full-set values instead of a box's expected value in order to avoid variations from Wizards's latest marketing choices (Masterpieces, Expeditions). While it's true that this has led us to compare sets made of different quantities of cards, this doesn't matter a lot since most of the value is held by just a few rares and mythics. 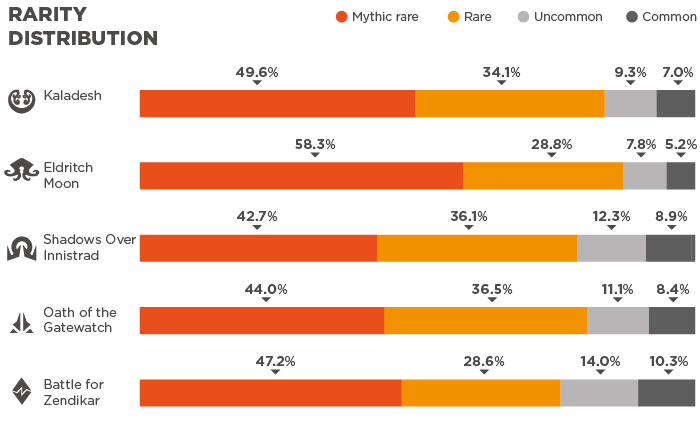 The vast majority of the value of every single set is held by rare and mythics, leaving only 20 percent of a set's value to the lower rarities.

But we can dig deeper – and we will! – to discover where the real value of any set is held: here's how many cards per set hold half of the total value, plus each set's three most valuable cards. 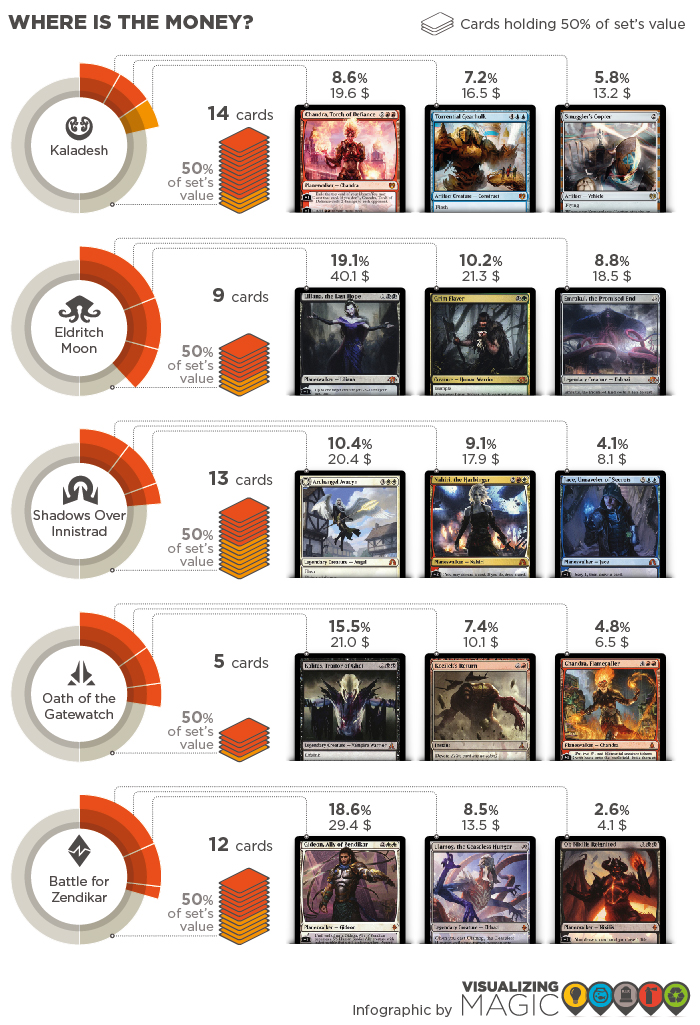 As always, let me know if you have any comments or suggestions for future infographics!