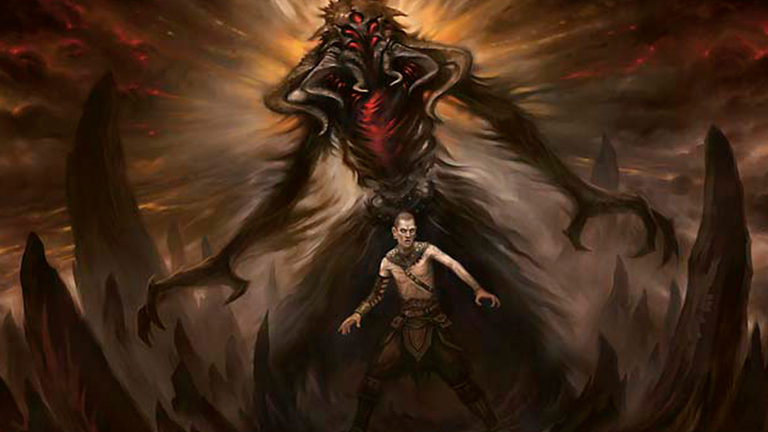 There has been a lot of discussing around potentially banning Mutagenic Growth and/or Become Immense in Modern, though today's deck features Death's Shadow and zero copies of these ubiquitous pump spells. Instead, Lyserg's 5-0 deck from a Competitive Modern League plays a more interactive game of Magic featuring a handful of disruptive elements in addition to Traverse the Ulvenwald for added consistency.

Rather than play pump spells, this deck is committed to making large Death's Shadows and the biggest Tarmogoyfs around. This allows the deck to kill with just Temur Battle Rage instead of relying on additional pump spells.

Tarfire is not the most impressive card in Modern, though the tribal card type is hard to come by, and there are plenty of matchups where it can matter. Against Infect it's as good as any red removal spell, and there are plenty of one or two toughness creatures otherwise. It's no Lightning Bolt, but a little reach is always good in racing situations.

The Traverse the Ulvenwald package forces the inclusion of a couple basic lands, though this also enables a more honest Tarmogoyf plus removal game plan. This list doesn't add a ton of utility to this package with the sideboard, though tutorable Shriekmaw is pretty cool. Even with this package, the deck still has enough effects that cost life to steal some fast games with Death's Shadow.

It's unclear as of yet how this deck compares to more aggressive Death's Shadow builds, though the idea is clear and the deck building decisions are coherent. If you're into this style of deck and are looking for a more consistent if less explosive build, I would give this one a try.