It's been an exciting week for Modern. Fatal Push was sanctioned last Friday, and the SCG Columbus Classic gave players a highly anticipated datapoint for the new metagame. A linear combo deck won that event, and a purely reactive control deck just missed the Top 8. Combo and control are famously underpowered archetypes in Modern, giving us a lot to think about while analyzing the results. 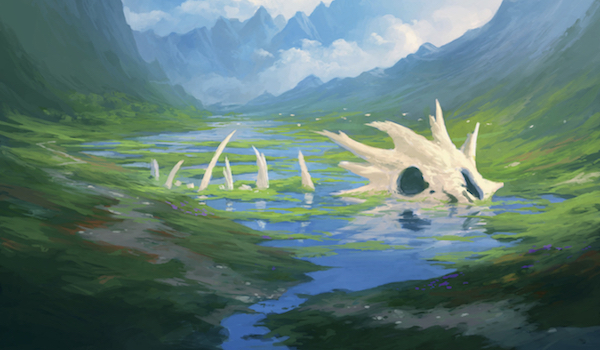 This article considers the short- and long-term effects of Wizards' decision to ban Gitaxian Probe and Golgari Grave-Troll, as well as the opportunities the shifting metagame presents for combo and control.

The classic aggro/control/combo rock-paper-scissors archetype matchup triangle (*breath*) is represented in Modern by an alternate food chain: aggro-combo/ramp/midrange. Aggro-combo decks like Infect, Death's Shadow Zoo, and Affinity prey on ramp decks like Tron and Valakut, which struggle to interact in the first few turns of the game. Meanwhile, ramp goes way over the fair midrange decks, which use Tarmogoyf or Snapcaster Mage to pressure aggro-combo opponents while simultaneously killing off all their threats.

This new format is young, but given the success of Danny Spencer's Ad Nauseam at the Columbus Classic, it appears the Gitaxian Probe ban had one huge benefit: diversifying combo.

Gitaxian Probe and the Combo Conundrum

Like draw-go control, linear combo is one of Modern's infamously shafted archetypes. This is by design; the format's Turn Four Rule purposefully keeps the archetype from prospering. Whenever a successful combo deck emerges, Wizards promptly bans it. Blazing Infect, Storm, and Amulet Bloom have all met that cruel fate. The reason: for a combo deck to succeed in Modern, it must be faster than the format's aggro decks. Which, incidentally, win on turn four. As a result, combo's space in the metagame pie has been supplanted by aggro-combo decks. 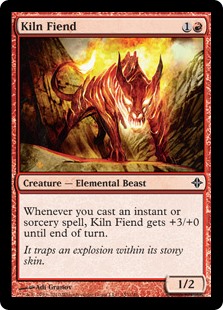 Wizards wants as diverse a Modern format as possible. That means lots of different viable strategies, including linear combo. If combo decks can't speed up without violating one of the format's fundamental tenants, they cannot succeed unless the faster aggro-combo decks slow down somehow. I've heard disgruntled Delver players and Kiln Fiend die-hards alike grumble at the Probe ban, lamenting that the more Infect-specific Become Immense (replete with its broken delve mechanic) wasn't banned over the beloved Phyrexian sorcery.

But Probe was the only card shared by all pump strategies, the primary offenders when it came to racing combo decks with damage. Even Burn often wins around turn four, and is notoriously easy to interact with even for dedicated combo decks, which boast incidental hosers like Phyrexian Unlife. Given that Death's Shadow Zoo and UR Prowess are relatively new to Modern, it makes even more sense to remove a card that helps enable them all—it's not unlikely that Probe would enable more aggro-combo decks in the future, which would trivialize an earlier Become Immense ban.

It's worth noting that the Classic's Top 16 was impressively diverse, a rare feat in new formats, which historically revolve around tried-and-true goodstuff decks until they've had some time to breathe (consider Siege Rhino and Splinter Twin's stranglehold on Modern directly after the Cruise/Dig/Pod ban). But specifically, Ad Nauseam's Classic win bodes well for the future of Modern.

Between the Probe ban and the emergence of Fatal Push, a card that enjoyed a strong showing at the Classic and certainly isn't going anywhere, aggro-combo took a sizable hit this ban cycle. I still expect these decks to exist in Modern, as they're likely to remain the most elegant answer to ramp strategies. But slowing them down a bit allows linear combo decks to occupy some of the anti-ramp metagame space previously dominated by Glistener Elf and Monastery Swiftspear. 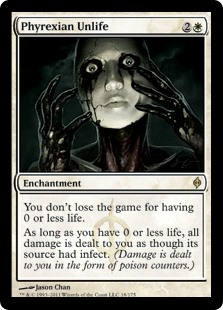 Combo's re-introduction to the format also complicates the rock-paper-scissors triangle, which benefits the format by making matchup nuance richer. Ad Nauseam has a far better time against Jund than something like Infect, while posting a miserable Infect matchup itself (thanks to the unfortunate interaction between Angel's Grace, Phyrexian Unlife, and poison counters). I prefer a format less dependent on the matchup lottery; when there are only four realistically viable decks (say, Jund, Infect, Tron, and Dredge, all best-of-breed representatives of larger archetypes), Modern becomes less about skillfully navigating a mixed field and more about dodging the guy with Mutagenic Growths.

The rise of combo almost guarantees an increase in permission. Without aggro-combo to overpolice the archetype, slower decks will have to turn to non-removal disruptive options, including Thoughtseize, Slaughter Games, and yes, Mana Leak. This turn of events opens doors for Delver and control strategies, which are also both criminally under-represented in Modern.

We've seen how the Probe ban stands to diversify the combo slice of Modern's metagame pie. Wizards' official banlist announcement proved mercilessly short, but I doubt that this diversification of combo wasn't a goal of theirs. I believe another factor strongly influenced their decision: the perception of lower-level players.

Ah, casual players. The scourge of Magic! Just kidding. Someone's gotta keep those Emrakul, the Promised End prices from crashing. Since casual players make up such a sizable portion of Wizards' patrons (just look at the wild success of Commander), it makes sense that they would cater to that group. Modern newcomers, too, fall under the casual umbrella for this argument.

In the previously linked article about Wizards' plans for Modern, the format's number one listed goal is for Modern to be fun. It seems like diversity leads to fun for Wizards. And it's not fun to play against the same broken deck three times in a row at FNM.

We studied Nexites can look at metagame data and discern Death's Shadow Zoo, UR Prowess, and Infect as different decks. But to a Modern newbie at FNM, pairing against Death's Shadow Zoo, UR Prowess, and Infect in a row must be pretty demoralizing. All that player knows is that he lost every round to Gitaxian Probe, Mutagenic Growth, and a few cheap creatures that deal lots of damage fast. Modern is unlikely to appear diverse from that player's point of view. 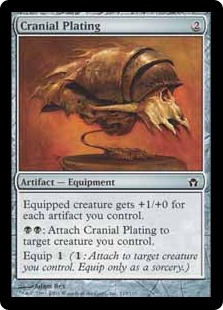 How about losing to Infect, Affinity, and Ad Nauseam? Already a drastic improvement. These decks kill opponents in different ways and employ unique strategies. Heck, they don't even share a card between them (barring Inkmoth Nexus). They also all demand different types of interaction from opponents. Who knew losing could be so fun!

When pump decks are too fast to let linear combo strategies like Ad Nauseam exist, and too efficient to warrant playing slower aggro-combo decks like Affinity, Modern becomes less attractive at lower levels of play. Too many matches play out the same way in the eyes of newer players, on whom the nuance of Wild Nacatl versus Glistener Elf is lost in a disorienting flurry of Phyrexian spells. Dredge was partly to blame for pump's meteoric rise, as it forced opponents to win as quickly as possible and therefore polarized the format. But so was Probe, and I think the ban was an elegant way of powering down all pump decks without adding too many cards to the banlist.

The Classic results also heralded the return of control, bringing Ryan Hovis and his sweet-looking Esper Control deck all the way to 9th place. The archetype's Travoltian comeback owes everything to Aether Revolt preorder hit Fatal Push, the sort of efficient, generic answer Modern players have been clamoring for since forever—and in black!

I agree with David's assessment that Esper seems better positioned than Jeskai to carry the draw-go torch in Modern. Fatal Push is a huge upgrade to Bolt in terms of all-purpose removal for smaller creatures. With more cheap ways to answer dangerous threats like Tarmogoyf, Esper can focus on drawing and go-ing, without worrying so much about turning Colonnade sideways.

Jeskai faced two damning obstacles in Modern. For one, it could run out of gas against decks light on lands, flooding as opponents continuously drew threats. Ancestral Vision helped in this department, but at the cost of being a terrible topdeck, a relatively clunky draw as of turn three, and dead against blistering aggro-combo openers.

Secondly, Jeskai had trouble stabilizing over decks that went bigger, notably Tron. Common knowledge would indicate that big mana decks should lose to control. They spend the early turns and some cards assembling their mana, then run their limited number of payoff cards into a few timely counterspells and fold to a cascade of card advantage (read: more counterspells). Not so in Modern. This format lacks Counterspell itself, leaving control mages with Mana Leak instead. 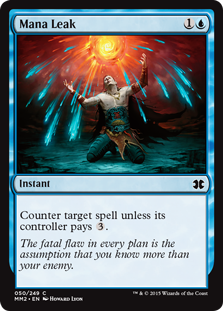 Leak counters crucial threats from mana-light aggro decks, allowing control to stay in the game long enough to resolve its more powerful cards. But it does nothing against an opponent searching up multiple copies of Urza's Tower. And unlike RG Valakut, the nature of Urzatron grants pilots a sizable mana advantage without requiring too many land drops, meaning they can follow up with threat after threat. The big-mana decks of old had to spend precious cards to go up on mana, even if they got to that mana faster than opponents.

The solution has always been for control to turn the corner on Tron before it lost, a laughable plan considering Jeskai Control is full of Colonnades and Ancestral Visions, and light on cheap threats. Splinter Twin made this hurdle a non-issue for interactive blue decks, as Twin could combo around the same time Tron began casting Wurmcoil Engines. Nahiri, the Harbinger filled a similar role, allowing Jeskai to cheese a win as early as turn six.

It turns out six is a lot later than four, though, especially considering this particular win condition allots Tron two full turns to diffuse the spaghetti monster time bomb with options as diverse as Karn, Liberated and Oblivion Stone. Between Vision providing a lackluster answer to the virtual card advantage problem, and Nahiri providing a lackluster answer to the big mana problem, it's no wonder Jeskai has declined steadily since Shadows over Innistrad's initial hype wore off.

The reason control mages were bound to Jeskai, with all its aforementioned issues, was its access to Lightning Bolt, Lightning Helix, and Electrolyze.

These cards afforded Jeskai a reasonable aggro-control matchup, something Esper, with its clunky answers, desperately lacked. Enter Fatal Push, a card that handily does away with that weakness.

With an excellent creature-removal suite, Esper has an easier time packing expensive but effective counterspells like Cryptic Command. This type of card is way better at stopping a Karn or Ugin than Mana Leak. The presence of Esper Charm in these colors, and Esper's natural affinity for end-of-turn all-star Think Twice, also gives the shard a more reliable card advantage engine than Ancestral Vision. These factors combine to leave me with the impression that Esper is control's fresh face for 2017.

Underdog Gets the Worm

As always, I'm optimistic about Modern's future and Wizards' guiding hand. Their printing of Fatal Push indicates a new focus on the blanket answers the format needs and deserves, and their January bans suggest a deep understanding of Modern's inner workings. Here's to hoping we see plenty of Esper decks—of both the Snapcaster Mage and Lotus Bloom varieties—in the coming months.