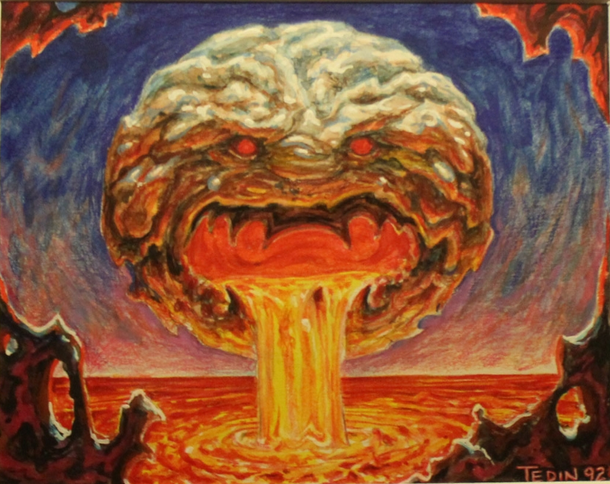 It’s time to play a guessing game. I am going to rattle off some characteristics of a set and I want you to try and guess which set I’m referring to. Trust me, this has financial implications, so just stick with me for a moment.

Hint 1: It is the set with the most all-time highs on MTGStocks.com (18 in the past five days).
Hint 2: The set is nearly sold out of every relevant card on TCG Player and eBay.
Hint 3: The print run for rares is larger than Alpha and Beta but far less than Unlimited.
Hint 4: The set was released in December 1993.
Hint 5: About 15,000 of each card in the set were printed, though I suspect a good amount have been lost/damaged over the years.

Did you guess it yet? The answer is…

Worth a Second Look

According to MTG Salvation Wiki, “The Collectors’ Edition of Magic: the Gathering was released in December 1993. Approximately 9000 sets were printed for the U.S. and Canada (CE) and another 5000 were printed for international release (ICE)…The faces are identical to the Beta printing, but have square corners. The Reverse side has golden borders around the edges and gold printing saying either “Collector’s Edition” [sic] or International Edition.”

You may be thinking, “Wait a second…do you really expect me to read an entire article dedicated to a set that isn’t tournament-legal?”

Yes. At least I hope you will read it all because there are some financially relevant things going on with this set that merit a closer look. I posted about this in the QS forums and not many people responded. That’s okay. I didn’t expect a lot of interest in this post at first. I even indicated in the post that I would do some more digging to report back on whether or not this set should be looked at more closely.

Over the past week I began searching the internet for Collectors’ Edition and International Edition cards and I discovered a pretty relevant fact: there are very few out there! I mean, extremely few. Often times there would be one or two copies on eBay, one or two on TCG Player, a few across the largest Magic vendors, and that’s it.

Let’s use Disrupting Scepter as an example.

How much do you think this card is worth? How many are on the market? Here are the quantities I could find between CE and IE:

It appears only two sellers have copies available, at price tags far higher than the other vendors. Want to know why? It’s because all the cheaper copies have sold! This isn’t just laziness on a few vendors’ parts here. There is real demand for these, hence the nonzero buylists and the eBay completed listing from last week. 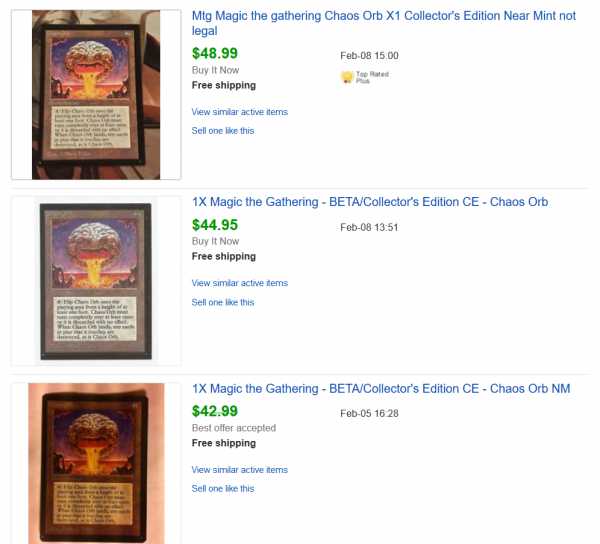 Did you expect to see such high prices on non-tournament-playable cards? I sure didn’t.

Now I understand why Star City Games is paying $30 on Near Mint CE Chaos Orbs and $40 on Near Mint IE copies. There is real demand here.

Where is this Demand Coming From?

One answer, two words: Old School. While the format’s founders never supported the use of Collectors’ Edition and International Edition cards in ‘93/’94, many play circles have relaxed the card set restrictions to enable more players to get involved. It would appear that some communities stateside formally allow the use of these square-cut cards. 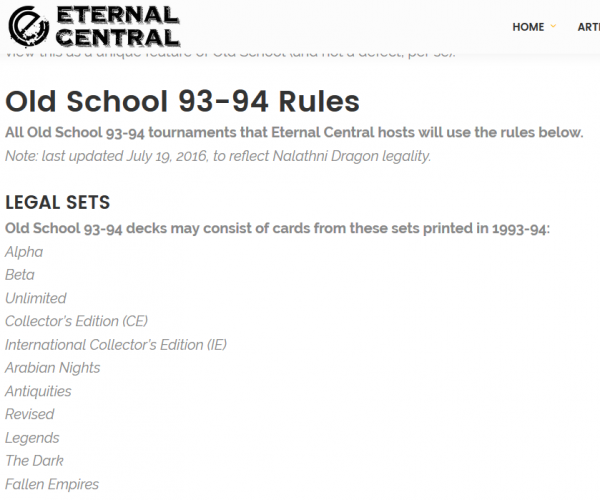 At last, there’s a reason to sleeve up CE and IE cards. And honestly, when double sleeved these cards are sufficiently indistinguishable that it really doesn’t matter. And if you follow the honor system and shuffle as usual, a card’s corners are irrelevant. Will these ever be allowed in a WOTC sanctioned event? Perhaps not. But the goal of the Old School player isn’t to play in sanctioned tournaments anyway so this doesn’t factor into the equation.

Bottom line: these are playable. By the way, I personally would rather play a CE/IE copy of a card than a Revised copy. Aesthetically speaking the black border and bold colors are far more attractive than the white border and washed-out look of Revised. I’m sure many would agree.

My usual PSA for buying Old School cards holds true here. Please do not go and buy the market out of CE and IE cards. For one, it’ll take you forever to move them for profit (buylists have been increasing over time but the movement has been extremely slow).  The one seller with 18 eBay copies is experiencing this firsthand. I don’t know where they got that many copies, but it looks like they’ve sold five so far over the last month or so. I’m sure if he dropped his price 50% he’d see faster velocity, but I’m guessing it won’t leave him with much profit.

Secondly, we really want these cards in the hands of players and collectors, not speculators. If you buy up CE and IE cards it prevents players from entering the format in a budget-friendly manner. That said, I definitely encourage buying up copies that will be useful for play now or down the road. They’re not printing more of these things, and as long as Magic remains healthy these cards should gradually increase in value over time, just like any collectible card from around Magic’s inception.

Those disclaimers aside, let me flag a trend worth noting. Everyone already knew that CE and IE Power and dual lands were already expensive. Many players use these in their cubes as budget replacements for the real thing, so the fact that Moxen are already $100 isn’t surprising. What is surprising is that many Old School-playable cards have moved quite a bit as well.

I already mentioned Disrupting Scepter and Chaos Orb, but Jayemdae Tome has also moved quite a bit lately.

You’ll also see noteworthy price movement on Birds of Paradise, Wheel of Fortune, and Sol Ring. Naturally the more overlap between Old School and Cube, the more demand there will be for the card. But just because a card isn’t used in Cube doesn’t mean it can’t be valuable. Even Disenchant buylists for above bulk prices because of its utility in ‘93/’94.

Basically, anything that has gotten very expensive in Alpha and Beta is worth looking at in Collectors’ Edition and International Edition printings. They offer up attractive alternatives to their far more expensive black-bordered counterparts. Those square borders are unfortunate, but they aren’t completely prohibitive to play. You can detect cards with more ‘93/’94 demand because the A/B/U printings will be vastly more expensive than any other printing.

Whereas budget cubes have used these for the longest time, I believe the incremental buyer comes in the form of the Old School player. If you’ve felt that Old School was too expensive to get into, I strongly encourage you to consider picking up some CE cards as a way to get into the format in an affordable way.

I myself am picking up some CE and IE cards for a second semi-competitive deck so that I can share the format with a friend if they’re interested. These forgotten sets open up these doors to players who enjoy variety but don’t want to spend an arm and a leg on a second, third, or fourth decks.

Well, was it worth reading through the whole article? Are you better off now knowing that a non-tournament-legal CE card such as Copy Artifact buylists to Star City Games for $6 and that copies start at $9ish on TCG Player? I suppose if you had zero interest in classic formats then perhaps not.

But if you ever buy up older collections or trade with older players at your LGS, it may be worth knowing a thing or two about this. If nothing else, the information will help round out your MTG finance knowledge and make you a better trader.

But I hope something here resonated with you. Personally, I’m inspired by these price movements. Think about it: these cards, which have historically had no utility other than at kitchen tables, can finally have their chance at being shuffled up for play. That’s the beauty of Old School---those cards we used to play as kids can finally become relevant again. What once was simply a collectible set has become a real source of playable cards at a discounted price. This sounds to me like quite the boon.

So next time you have some store credit or you are looking at picking up an older card for investment or play, consider the CE and IE printings. They will offer you the same beautiful aesthetic, playability in Old School, and a budget price versus their Alpha and Beta counterparts.

To me, this is an ideal combination. I suspect others will start to discover this as well, so I plan on acting on this instinct and buying up what I want to play with now. I would strongly encourage you do the same---just don’t go overboard.

6 thoughts on “Insider: Investing in a Long-Forgotten Set”