What a crazy week for Modern. This week I'll be exploring Collins Mullen's 5-Color Humans deck which he took on an undefeated run to a trophy at the most recent SCG Open in Cincinnati. Tons of great content has already been written about this feat, including Trevor Holmes's article just recently posted, so I will try to keep it brief and get to the games! 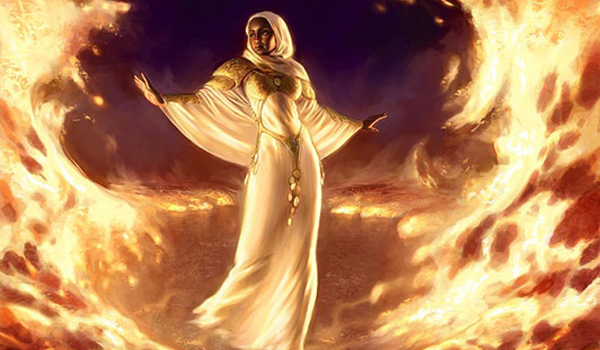 People have been asking me all week if I thought this deck was the real deal and if it would continue to show up in a big way. Frankly, I think the answer is a resounding yes. As always, the meta will adapt—it's unlikely that Storm will remain a free win game one when you name Grapeshot on Meddling Mage, and I've already been blown out by Anger of the Gods from the Storm sideboard. But the strongest element of this Humans deck, in my opinion, will be its unyielding power within the luxury of adaption.

Have you done a Gatherer search for Human? There are 1254 Modern-legal Humans in Magic. Yes, most of them are unplayable nonsense. But among all of the unwanted and unloved Humans of the Magic world, there is a plethora of powerful options. There are some small decisions: should I play Orzhov Pontiff or Izzet Staticaster; Fiend Hunter or Banisher Priest; Dark Confidant or Tireless Tracker? 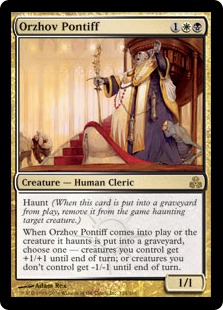 Not every decision is so small, however—dependent on the metagame you could make broad shifts in the decklist to attack in a different way.

Is the format less combo oriented? Cut the Meddling Mages or Freebooters and add whatever grindy elements you want to attack a more Midrangey format. Play maindeck Bobs and Tireless Trackers to generate more card advantage; potentially even switch up the manabase to support Collected Company for more grinding. Need to race more often? Could consider even lower-to-the-ground Humans like Lightning Mauler or Burning-Tree Emissary to give you more explosive starts. Some of these things may never end up being a good idea, but the excitement comes from the ability to adapt to an ever-changing Modern world. This is what will give the deck the legs to continue to be a powerhouse in the format.

I've enjoyed the deck so far, and I highly recommend picking it up if you are interested. I would like to issue a small warning, however. In my opinion, this deck will require frequent tuning to succeed. As I alluded to previously, many decks (Storm included) are already adapting to beat Humans. If you want to move continue piloting this deck for a long period of time, you will have to adapt as well.