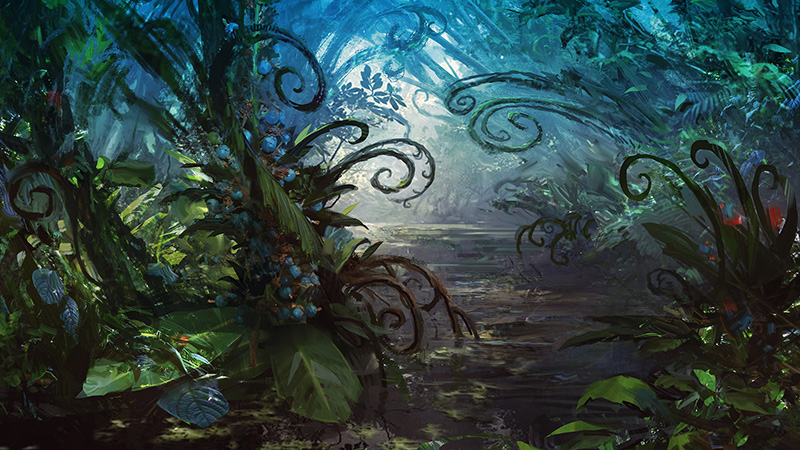 Hello, guys. How are your Pro Tour Ixalan speculations? The top eight of the Pro Tour was pretty diverse, including the following decks:

Half of the top decks were energy-themed, a quarter of them are aggro and the other quarter are control. This is one of the most balanced top eights in recent Pro Tour memory. Before we jump into any analysis, let's recall my picks for the PT from two weeks ago:

I mentioned previously that the Blue-White Approach the Second Sun deck is a very stable deck in the current Standard environment. If there were more players at the Pro Tour playing this card in their deck, the price of this card would probably have shaken up a bit.

However, I think I made a mistake by picking this card. Here's the reason: the price of this card had already stabilized somewhere at 4 tickets and maintained that price for three weeks before I wrote about it in my article. With the graph showing a rather straight line, I should have assumed that the market for Search for Azcanta // Azcanta, the Sunken Ruin would not move much even with the Approach deck positioning well in the metagame. A majority players online prefer to play the Temur/Sultai/Four-Color Energy decks rather than slow decks, in my opinion due to the time constraint on MTGO. In the future, we might need to consider more closely an MTGO player's point of view in our speculations.

As for Regal Caracal, I think this card was overrated for this Pro Tour because energy decks were too powerful, but the Cat lord still has plenty of time to shine in Standard. Whenever you guys can get them cheap, I would suggest to picking up playsets in preparation for future price increases. I mean, putting seven power (more than half of it with lifelink) onto the field for just five mana remains pretty strong!

I previously mentioned that Brad Nelson played two copies of Skysovereign in his Temur Energy deck to some good finishes. At the Pro Tour, we saw another player, Piotr Glogowski, doing the same in his Four-Color Energy deck, which took a top-eight slot.

Overall, this card is just a great mirror breaker that dodges Chandra, Torch of Defiance and Glorybringer. If you haven't bought this card, may I suggest picking up copies at a price around 2.5 tickets, as energy decks will remain the top-tier archetype, and this kind of mirror-breaking card has a very high potential to spike – just like the spikes we can observe in mid-June and mid-August.

Mythics that can break open mirror matches provide real potential to earn us profit when decks that play them become popular. Good examples like the Skyship are Vraska, Relic Seeker, Ob Nixilis Reignited and Thrun, the Last Troll.

Blooming Marsh went up in price a little bit, but it doesn't seem like it was affected by the Pro Tour much, even though Seth Manfield won the event with a list that plays four copies of Marsh. This land is probably locked into the cyclical movement pattern at this point. Unlike another land in its cycle, Botanical Sanctum, which has gone up by 200 percent since Ixalan's release, we can still expect to gain value by buying and selling Blooming Marsh before the next set releases. Anyway, to optimize the cyclical price, you guys should have sold this card somewhere near 5 tickets.

Picks of the Week

As of this week, Nissa, Steward of Elements is going up steadily and is now at about 7 tickets. I did talk about this card before in an article when the planeswalker legendary rule was changed. Although Nissa did not grow in price due to the legendary rule change, she does see play in the sideboards of energy decks, namely Temur, Sultai and any variations of these.

Remember Nissa, Voice of Zendikar, which was a 6-ticket card even while not being played much, and demonstrated it could go up to 20 tickets when it becomes the core of tier-one decks. Let's have a look at Voice of Zendikar's graph:

You can see that the price of this three-mana planeswalker spiked several times from around 5 tickets to 20 or more tickets. This trend is similar for many powerful planeswalkers, so I predict a similar thing happening for the price of Nissa, Steward of Elements.

As everyone who pays attention knows, energy/Winding Constrictor decks are the pillar of Standard right now. Maybe this card is not popular yet, but at a low price, I see a bunch of reasons to buy into this card for speculation purposes. If I were to make a deck to beat the meta, I would start with a black-white or Esper Control list with mainboard Solemnity and a couple of removal spells and sweepers.

Besides, white-blue decks such as GPG and Approach the Second Sun are also pretty competitive right now. I wouldn't be surprised to see this three-mana enchantment in their 75. From past examples in my articles, like Leyline of the Void and Fumigate, we know that hate cards can become very valuable when they gain popularity. Now is a fine time to invest in some cheap copies of Solemnity.

This card has been a staple in Standard since Smuggler's Copter was banned. Mardu Vehicles and green-black aggro decks have plenty of three-power creatures to crew this 4/4 flying vehicle, and it became Aether Revolt's format defining card when 26 copies of Heart appears in the top eight of PT Aether Revolt! In my opinion, the legendary vehicle is at its best position right now to attack the format. Reason being, it doesn't die to Glorybringer, Chandra, Torch of Defiance, a majority of the sorcery removal effects in the format, and it has the ability to pressure planeswalkers on the opponent's side. I think it would good timing to stock up on playsets of Heart – what do you think?

Alright, guys, that’s all for this week. Thank you all for reading, and I’ll see you all again next week!