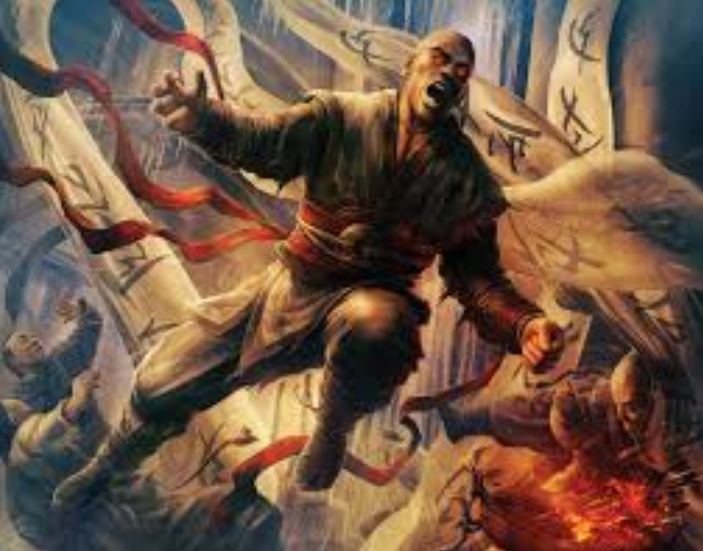 After many months of complacency and steady returns, the stock market has finally been shaken. That’s the best word I can think of to describe the 2500-point selloff in the Dow Jones in just a few trading days! The S&P 500 fared no better. This is officially a correction since these indices dropped by more than ten percent.

And while the chart for Bitcoin is a bit more dramatic, the bottom line is the same: the relentless rally at least took a pause these last couple months. It almost looks like the selloff in Bitcoin foreshadowed the downward move of stocks, but this may be a stretch.

While there may be a correlation, there is likely not causation. The stock market sold off due to an array of other factors: the unraveling of leveraged bets against volatility and a rapid rise in interest rates being the two major factors.

But despite these major drops, readers of this site may have one question to ask: will the Magic market be impacted? Of course the best answer to this question is “it depends,” but that offers little help. Rudy of Alpha Investments seems to think the Bitcoin market and Magic market are related. So this week I’ll dig into some history to try and make some recommendations on how Magic card prices may behave if the stock market does continue its monumental decline.

It was 2008. The stock market had seen steady recovery after the Tech Bubble Burst in 2000-2001. Then the unthinkable happened. Banks were creating these mortgage-backed securities using subprime mortgages and I suspect many didn’t realize just how poisonous these assets were. At the end of the day, it all unraveled and caused the stock market to plummet.

But never mind the market. The question we need to answer is what was going on in the Magic market during this time. While the selloff last week is a far cry from the Great Recession, it can give us a worst-case scenario for what can happen should the market selloff continue. For starters, here’s a look at the sets that came out during the Great Recession:

Lorwyn block launched during the market’s plummet—therefore, we’d expect any impact to Magic would have had the largest impact on sales of these sets. I started by digging into Hasbro’s earnings reports for 2008, but there was very little mention of Wizards of the Coast. So I did a broader Google search, and this is what I found: 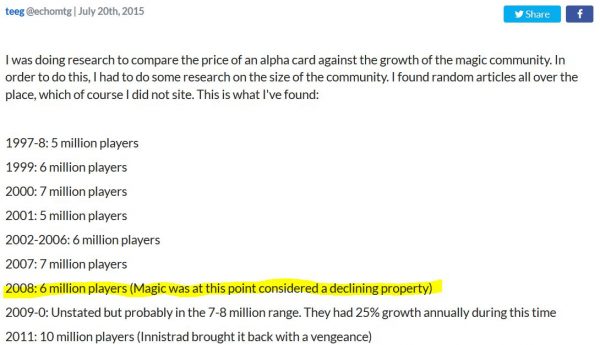 I don’t have an easy way to verify this data, but I believe in at least the direction of the numbers from year to year. As indicated above, the game saw a decline in 2008. The data is consistent with my own empirical observations. I seem to recall that Lorwyn block had relatively smaller print runs as compared to other sets in that time. Though, this could be due to the fact that it was a four-set block rather than the traditional three.

The decline in player base may have been driven by the declining stock market, a lack of consumer confidence, and a decline in spending on luxury goods. The story seems reasonable. Does that mean Magic is in trouble now, too?

Let’s take a look at what happened in 2007 in the Magic world before declaring the causation of the market’s decline and Magic’s decline in 2008.

One year prior to the Great Recession, the block of 2007 was Time Spiral. This block had a ton of issues. The nature of the block created a Limited environment that hugely favored expert players. On-board tricks were numerous and the number of keywords in the block were seemingly infinite because of all the throw-backs. What’s more, the set was filled with inside jokes and older set references that newer players could not connect with. In short, the block was a success with experienced players but did not attract any new players. 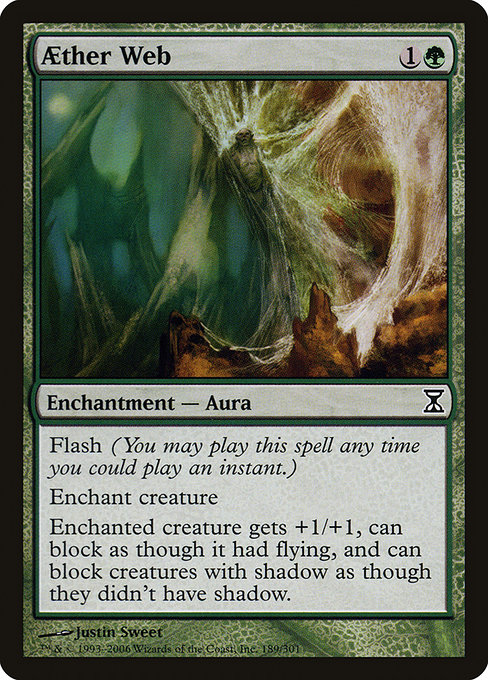 So while the Great Recession may have certainly had an impact on the game’s health, I would also wager that a poor 2007 did nothing to help. And in the grand scheme, the fact that the stock market plummeted 50% while the player base declined by an estimated 15% means there’s no one-for-one correlation here. Indeed Magic is a very sticky hobby and it would take more than some financial hardship for players to abandon the game altogether.

The other thing to consider is that while new set sales likely declined during Lorwyn block, there’s no easy way to determine if popular format staples declined in price during that same window. Were the best cards from 2006 worth less in 2007 and 2008 because of the recession? I can say confidently that there were plenty of expensive cards in 2008. I remember sleeving up 5-Color Control for Standard in 2009 and had to pay a good $15-$20 for Cryptic Commands.

Reflecting Pools were also not cheap. And Faeries, perhaps the dominant deck of that Standard format, had plenty of expensive cards too. So while the player base may have dropped, the print runs themselves may have also kept pace. Standard wasn’t particularly cheap that time in history as far as I can remember. Then again, MTG Finance was only in its infancy back then and I paid much less attention to prices then than I do now.

What to Expect Now

I wish I could look at all the data presented above and declare the Magic market will be perfectly safe, immune to this selloff. For the most part, I do believe this selloff will not impact the game unless it gets much worse, and that is unlikely.

But there is one new factor that wasn’t in play ten years ago. There are many large-scale investors in Reserved List cards. These quiet investors (well, mostly quiet) are a bit difficult to quantify. But if they are making choices to invest in cards instead of stocks, then the collectible side of the market could be more impacted.

The question is, which direction would things go? Would a stock market selloff motivate MTG investors to put even more money into cards to avoid stock market turmoil? Or would MTG investors see the stock market decline as an opportunity to move back in, and sell cards to raise cash for such reallocations?

Well, if recent pricing trends are any indication, I would wager we see the former: more aggressive buying of cards to avoid potential volatility in the stock market. 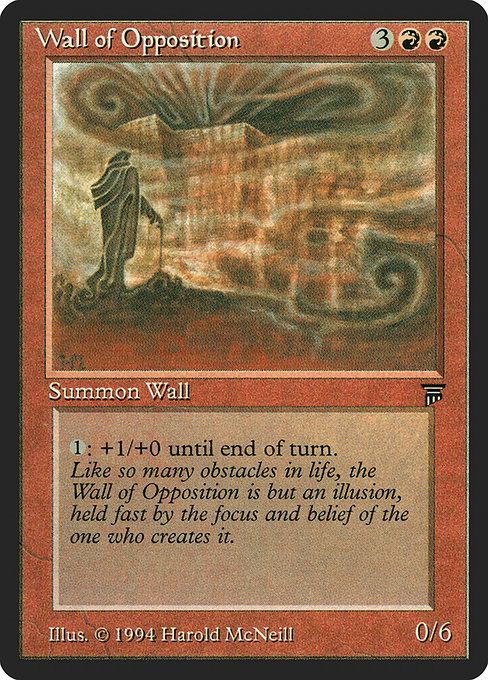 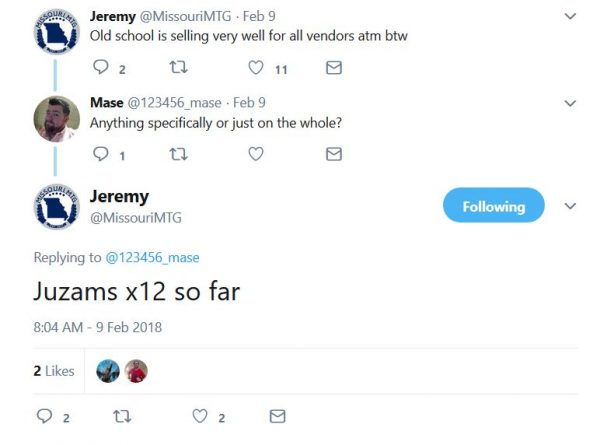 Still, keep a close watch on the market—if the big-time investors (e.g. Rudy) start to sell you may see a sudden drop. Magic isn’t immune to the sentiment that creates a bubble, and bubbles eventually pop. But we may not be there yet. One day, maybe. But not today. The stock market is more at risk of dropping further than the Reserved List market is at risk of dropping.

The stock market’s decline has been very rapid and intimidating last week. But corrections are normal, and don’t necessarily portend worse things to come in the immediate future. Bitcoin’s decline has been far more severe, but it too will likely find some footing soon. I’m looking to add to my investment portfolio into these selloffs.

But as for the Magic world, I think the market for cards is relatively immune to these market movements. A selloff in stocks does not mean demand for cards will decline. In today’s reality, I don’t even expect Wizards to print less product in response to a drop in player base like they did in 2008. Honestly, they seem to print all new sets into oblivion (except for Unstable, apparently!).

If anything, I wonder if investments in Reserved List and Old School cards will increase in the face of a market downturn rather than decrease. Granted if the stock market truly crashed and people had to raise cash, we may see some pressure. But as long as we’re navigating typical corrections and bear markets and nothing worse, I think such tumultuous times encourage Magic investing rather than discourage it. Combine this with tax return season, and you have a recipe for continuously rising card prices. 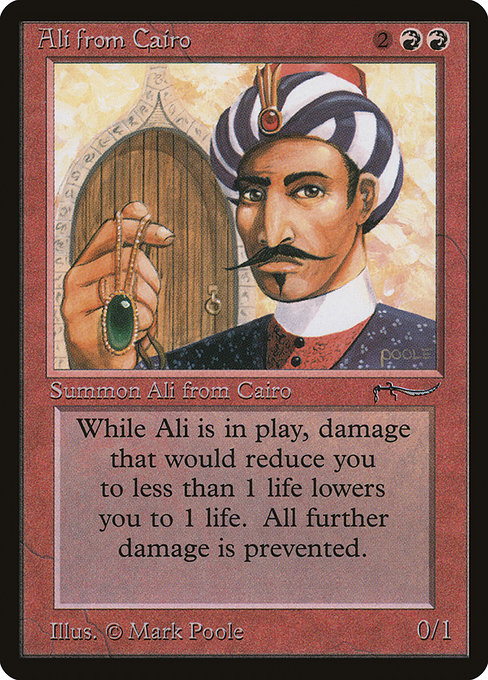 So if you were wondering what to do during a market selloff, you have my permission to continue adding to your Magic portfolio. Card prices are rising steadily and demand seems robust. Even Modern cards are showing life now after the Pro Tour, and we may see a short-term bump in Legacy interest during the team PT later this year. Then there’s Pauper increasing the value of your bulk.

Everything but Standard seems to be paying off quite nicely—it truly is a good time to be speculating on Magic, as long as you know where to look. I expect this will continue in 2018 regardless of where the stock market goes.