Tribal decks in Modern have seen their fair share of popularity for the past couple years. Eldrazi, and more recently Humans, have been roaming free—by far the most popular tribes. Elves is an archetype that has been around for quite a while, but has never been able to reach the same popularity. After the printing of Collected Company, people became a lot more interested in the archetype, but consistent and frequent results never came. 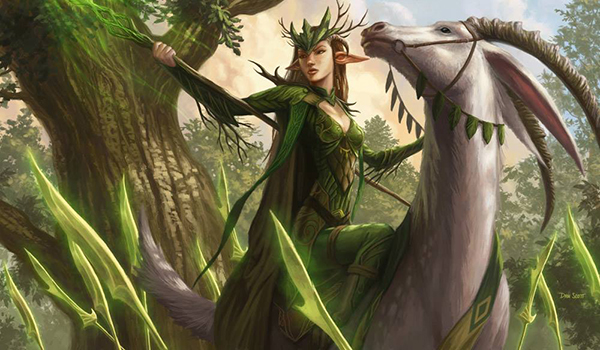 Enter the Devoted Druid combo. People became enthralled with it when Vizier of Remedies was printed, and they were putting it in everything, including Elves. This gave the deck some additional attention, and drew more players to the archetype. It put up results here and there, but still never became a powerhouse of the format. Devoted Druid became a mainstay, but more frequently seen via a dedicated Company deck, Counters Company.

More recently, Modern has been shaken up in a way that you are most definitely aware of: the unbanning of Bloodbraid Elf and Jace, the Mind Sculptor. Interestingly enough, most people did not think of Elves first when deciding where to play Bloodbraid despite uh, you know... it being an Elf. Elves is not usually a red deck; generally you see a light white splash, and maybe a light black splash. In addition, when people think Bloodbraid, they think of decks like Jund. Some instead may think of aggressive Naya-style decks. Most decks in that realm have turned to Company in the past as Elves has done. 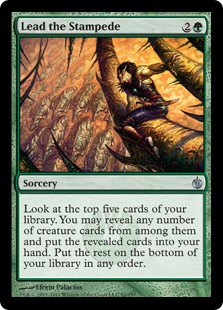 This past weekend Andrew Richardson asked, 'Why not both?' as he piloted a Jund Elves deck to a 25th Place finish at GP Phoenix. I had seen other content creators trying similar decks after the unbanning, but this is the first notable result I had seen, so it regained my attention. The list has the small black splash that others have used in the past for both Shaman of the Pack and some sideboard action. Additionally 4 Bloodbraid were present, alongside 2 Lead the Stampede—and not a Chord of Calling to be found.

If you were hellbent on playing Elves in the past few weeks, this was the way to do it. The format has been flooded with midrange and control decks since the unbannings—decks interested largely in killing everything the Elves player plays. With the package of 2 Lead, 4 Bloodbraid, and 4 Company, this list is really well set up to try and slog through these matchups—much better suited than its Vizier Counterpart. That said, if you find yourself wanting to play Elves and expecting a linear meta, this is not the way to go. On average it's going to be a bit slower without the Vizier combo, and that can hurt you in the combo matches where all you need is speed. This list can still achieve turn-three kills, but they will occur far less frequently.

My results have been nothing special with the deck so far, but my sample size is pretty small. Only a pair of leagues before this one, both ending in 3-2s. I think the archetype has legs, but I certainly don't think it will become a Modern powerhouse. Humans and Eldrazi will remain far more popular without some major changes. That said, at this point in time Elves may be more popular than Merfolk, so at least Ezuri, Renegade Leader and crew can pat themselves on the back for that one.