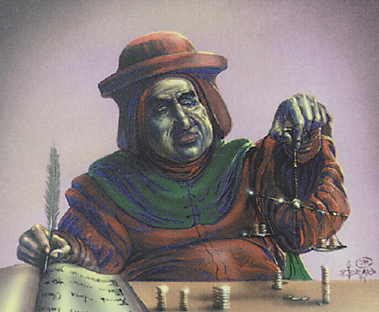 I’ve stepped up my Magic finance activity this year in an attempt to cash in on some of the incredible growth we’ve seen in the market and ride the uptrend we’ve been seeing. I’ve found that an easy and reliable way to do that is to buy undervalued cards and sell them immediately for a quick profit. My process is essentially a basic form of arbitrage, tracking down copies of spiked cards that are still at the old, lower price, and immediately selling them into the hype and locking in profits at a high price.

This process requires closely watching the market in order to learn of buyouts and spikes as quickly as possible after they happen, while opportunities to buy cards at the lower price are still available. The next step is to sell them immediately – the typical movement of cards that spike is to peak and then slowly fall as people sell into the spike and take profits.

Cards increase in price for various reasons, but there seem to be three main drivers for most spikes:

Maximizing profit from any of these spikes means catching wind of it as it happens. It’s why Quiet Speculation sends a floor reporter to every Pro Tour to relay what’s going on as it’s happening, which goes far deeper than what’s shown on the coverage stream. The coverage stream is the main source of information on the Pro Tour and will be reacted to by the masses in real-time, with high-exposure cards being bought heavily, so there will be plenty of opportunities to sell. The trick is acquiring the hot cards before everyone else, which is why the floor reporter is invaluable for the early information he’s providing. 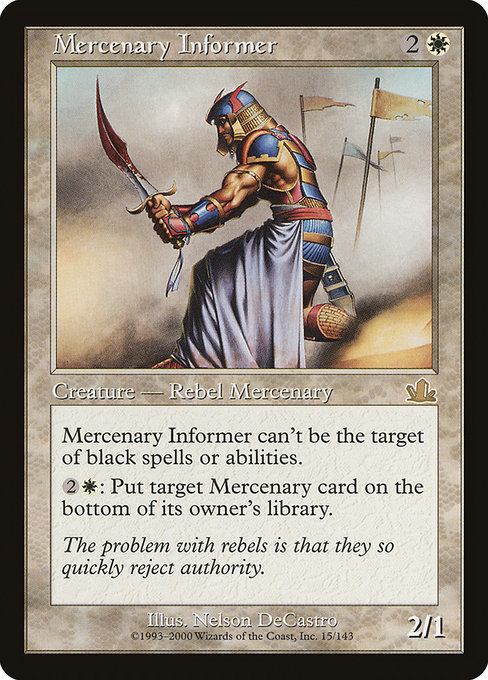 Spikes resulting from lower-profile tournaments occur after results are released, like when the Colorless Eldrazi deck was published as winning an SCG Standard Classic and spiked the price of Gemstone Caverns. In this case, there was an opportunity to recognize the impact the deck would have and its potential to drive demand, but even catching wind of the spike immediately would have likely left some time to pick up cheap copies.

Keeping on top of non-tournament related spikes means checking card price movements daily on sites like MTGStocks and looking for massive movements that leave opportunity for arbitrage. Once I catch wind of a spike, I first investigate the card and try to figure out why, because spikes driven by new interactions and real demand will be easier to sell into than a random buyout by speculators, and in the case of the recent Commander-related spikes, bring foils into the picture as another way to capitalize.

Then comes searching for cards to buy, which is nothing more than the brute work of checking every storefront you can find for copies of the card, and determining if the price leaves you any room for profit. You’d be surprised at how often a major store will have copies of a card in stock after it has been bought out on TCGplayer, a major driver of price spikes based on it being an easy target for speculators and being indexed by price sites. I also scour more obscure sites, whether it’s checking stores I’ve seen before or Google searching for new ones. There’s also the opportunity to acquire cards locally, especially in stores that pre-price their cards.

Selling into spikes is best done soon, before waves of sellers enter the market to take the new price point and eventually drive down the price. When spikes are driven by hype, like tournament-driven results like those associated with the Pro Tour, it's more imperative to sell quicker than a spike driven by new interactions and real demand, like with the recent Commander spikes. Still, all spikes will draw speculators and will be subject to these sellers, but the spikes with more solid footing will hold better in the long-term because they will eventually start rising. 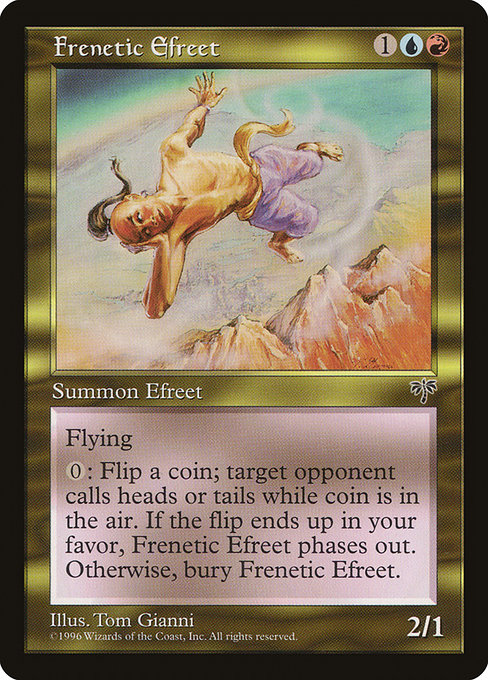 There are plenty of different ways to sell cards, but I’ve found the easiest way to sell into a spike is on TCGplayer and eBay, where I can reach a huge audience of buyers, and I’d be using MagicCardMarket if I was in Europe. These sites also provide the ability to price competitively against the market, and I tend to undercut the market in order to lock in a quick sale and profit, which is better than the risk of not selling and the price falling.

Take for example one of my recent scalps, on Hall of Bandit Lord. It spiked some time on Sunday when the results of the Modern Challenge from the day prior was posted, and it became news that the Hall of the Bandit Lord-driven Devoted Druid combo deck had won. The deck has been a known quantity for months, but it finally broke through – with the help of the new Adventurous Impulse, in fact – and spiked.

Hall of the Bandit Lord 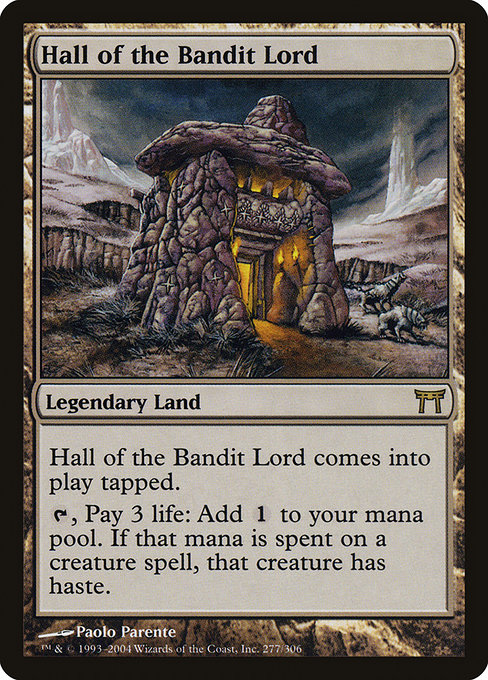 I was able to find two cheap copies from two different stores, for about $10 each. I had to suffer high shipping costs for just one copy at each store, so I bought in at around $14, but by posting them for sale immediately, I was able to cash in one at the peak of the spike for $24. My second copy sat for a couple more days, but by continuing to bring my price down with the pack I was able to secure a sell at $20. At some point, the price will stabilize and could turn around, so I could have held out for some growth and made more down the line, but I’d rather take my money and run to the next spec than be tied up in the card, not to mention avoid the risk of it falling further.

Hall of the Bandit Lord also offered me an interesting no-risk opportunity that I hadn’t explored, locking in a sale before I even buy a card. One of the places I found some for sale had a cheap played copy, which I bought to flip, as well as a playset of near-mint copies priced much higher, close enough to the post-spike price that it left very little room for profit. Buying them might have left me a few dollars of profit after fees, a bit more if I locked in at a high price, but buying them for a quick flip just didn’t seem worth the risk and effort.

On the other hand, I decided that I could secure a premium for the near-mint copies, and maybe even more of a premium for having the full playset, I could make a really nice profit. I decided my best course of action was to simply list them for sale and wait for someone to bite. If they sold, I would immediately buy the cards. I made sure to check the inventory often so I could remove my listing if someone else bought them, but I was actually able to keep my offer up for days and bring my prices down as the market price slipped. Eventually some of the store’s copies sold, at which point the price had fallen far enough that mine wouldn’t have sold anyways, so I removed my listings, but it’s an experiment I’ll try again in the future, likely starting with a lower price so I’m more likely to sell and lock in some small profit rather than risk making none.

The worst-case scenario with this scheme would be if I sell the cards only to find that the inventory was sold out from under me, in which case I would search for other copies and try to earn a small profit, buy some copies and take a small loss or suffer the consequences of canceling the sale.

There’s also the potential to simply wait for the prices to fall and buy some cheaper copies to fulfill your orders. This happened to me inadvertently last week with coinflip card Chance Encounter, of which I scored six copies for about $6 each average after the price spiked. 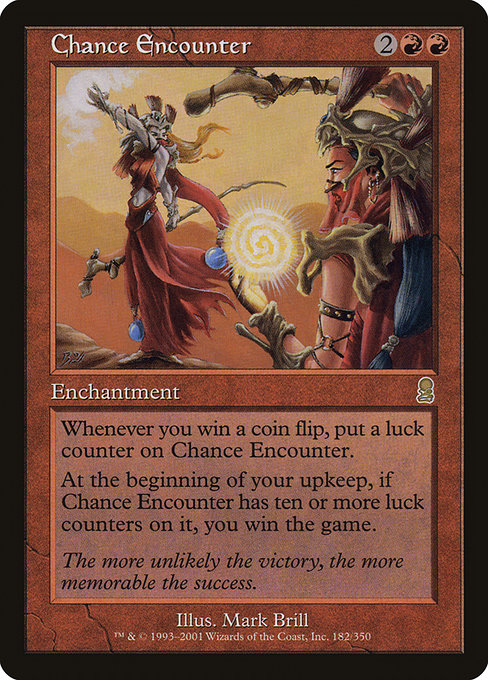 I listed them on TCGplayer and eBay for $13, and before I knew it, I had sold out on TCGplayer and also sold two more on eBay, which left me two copies in the hole. I didn’t want to cancel the buys, but my search for cheap copies failed to find anything that left me a profit. I had a couple days to wait for my copies to arrive before I could ship them out, and my frequent searches in this time period eventually yielded the fruit of two copies for $8 each after shipping, which allowed me to fulfill all of my orders and make even more profit than I initially anticipated – all while teaching me to be very careful about cross-listing inventory. I should have simply split my inventory so I could never oversell, and then adjusted the balance of inventory as they began to sell. Lesson learned – although it's nice when these things work out well.