The official release of Guilds of Ravnica last week has ended the summer doldrums and ushered in a new season for the Magic market. Players are excited about the freshly rotated Standard format, which over the past two years has been plagued by multiple rounds of bannings and a stale metagame.

Rotation has provided a fresh start, and so far things look great. Magic Online releases 5-0 decklists from leagues with an algorithm that selects for uniqueness. The two dozen or so decklists released last week have been followed up this week by nearly 100.

So there’s evidence that players are trying, and succeeding, with a ton of new ideas—the sign of a healthy format. Even the hyper-competitive Pro Tour Qualifier last weekend had seven unique decks in the Top 8, compared to some events before rotation where every top spot would be held by red aggro.

Guilds of Ravnica also brings a whole new limited format to explore. It’s welcomed because Core 2019 was widely maligned as a limited format, especially compared to Dominaria, which many consider the best ever. Ravnica block is loved, and in my opinion has made for really great limited formats during our last two visits. This one is still too new to judge; it sounds like plenty of people are enjoying it, myself included.

The Arrival of Arena

I was able to play some Guilds of Ravnica sealed deck on Magic Arena, which went into open beta two weeks ago. The floodgates have been opened. Magic Arena has taken over Twitch, where it has more streamers gaining more views than Magic Online.

It fills my Twitter feed, where there seems to be nothing but praise for the program. I had many complaints about Magic Arena during the Alpha test, but after having stepped away for months, I’ve come back to a polished program that has exceeded my expectations to offer a quality Magic gameplay experience. 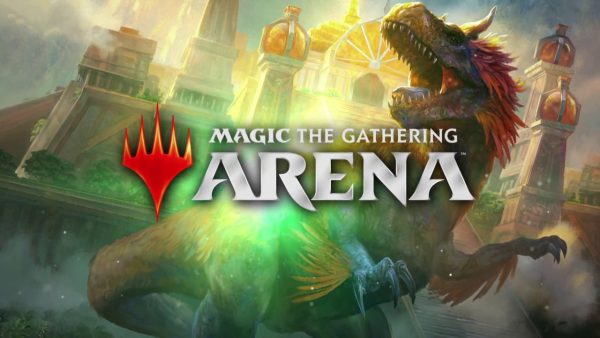 Players around the world now have unprecedented access to the game because of Magic Arena. It’s generally accepted that the 2009 release of Magic: Duels of the Planeswalkers brought Magic to a wider audience, playing a pivotal role in the massive expansion that began shortly after and during the next few years. Magic being brought right to gaming consoles alongside Halo and Grand Theft Auto exposed it to a new generation of players and helped elevated Magic further towards mainstream gaming culture. Magic Arena is poised to have that same effect, but on a much grander scale.

Computer gaming and e-sports have grown exponentially since Duels of the Planeswalkers was released nearly a decade ago. Digital games like Hearthstone have primed players for Magic Arena, which feels very similar if not nearly a complete replica in execution, from the gameplay down to the economy. It’s a proven model, and following it should lead to success.

A quick google search shows that Hearthstone claimed to have 70 million players early last year, so in theory the potential new player base for Arena is quite literally tens of millions of people. It currently being unavailable on phones means that number is certainly much less than 70 million, but still very significant.

Magic Is Magic By Any Name

New Arena players are, in the literal sense, Magic players, the same as any other. The more people who play Magic, the better. The more people who even know about it, the better, and the exposure Magic Arena will bring the game will do a lot to increase awareness. While the realm of many of the new players may be strictly online, rest assured that plenty of them will dig deeper into the rabbit hole and start collecting and playing paper Magic.

Magic Arena will spawn a whole new generation of drafters and Standard players, some of whom will start showing up at FNM. It will get people interested in other formats, like Modern, Legacy, or Commander.

I imagine there are people who have never even heard of Magic today but will be buying graded cards in 2019 and beyond. Even if these new players never spend a cent on cardboard and keep their money online, that means growth for Wizards and potentially bigger things for Magic. Even if that player never spends any money on Magic Arena and just grinds free-to-play, but also tells a friend about the game, it all adds up to a net positive.

I see Magic Arena doing a lot to promote Magic and usher it into the future. Magic Online has not performed well as an audience-friendly e-sports platform, which Magic needs if it hopes to truly thrive in the next decade and beyond. Magic Arena will help make that a reality, and as we are still in the beta test, I’m hopeful that the program and experience will only continue to improve.

Magic Arena will create a whole new generation of players, in addition to helping to further enfranchise current players. I also imagine it will help recapture lapsed players that no longer play but could use the program to rediscover the game.

There is an argument that the success of the purely online Magic Arena means bad things for the future of paper Magic. But it’s difficult for me to see increased popularity of Magic as anything but positive pressure on demand for paper cards.

In theory there’s a future where paper cards are no longer printed and organized play becomes completely digital, but it seems far too profitable to stop now. The recent deal that Wizards made with Amazon to sell directly only further solidifies this point. I imagine the best hedge against the end of paper Magic would be to invest in the most collectible cards, specifically graded cards, Alpha, Beta, etc., with prices not wholly determined by their playability.

How do you see Magic Arena affecting the future of Magic?

Adam started playing Magic in 1999 at age 12, and soon afterwards he was working his trade binder at school, the mall food court, FNM, and the Junior Super Series circuit. He's a long-time Pro Tour gravy-trainer who has competed in 26 Pro Tours, a former US National Team member, Grand Prix champion, and magic.tcgplayer.com columnist. Follow him at: http://twitter.com/adamyurchick