Here on QS we often discuss which stores are aggressively buying what cards, and any changes to trade-in bonuses or special sales on offer. This is great, but I don't recall ever seeing a comparison of various store prices to each other. Why is this important? Well, if Store A offers a good 30% trade-in bonus for its buylist, but its cards are considerably higher than the market price, then that trade-in doesn't look so hot.

Let's do a quick example. Say I have an extra playset of Arclight Phoenixs I don't need. I want to trade them in to one of the bigger stores, but I don't know exactly what I want just yet. Here are the current (as of March 4th) buylist prices from several stores:

As you can see there is some strong variation between them, but this only tells half the story. What kind of price average can I expect each specific store to charge?

To establish this percent average, I went to MTGGoldfish and took the top 10 rare/mythic staples from the Standard and Modern formats. I also went to EDHREC to get the top 10 most played Commander staples.

After gathering my list I found the TCG Market price for every card and then compared with each store's prices. For cards with multiple printings I used the earliest printing that is still somewhat available. So no Alpha/Beta/Unlimited printings for the Demonic Tutor, but I did use the The Dark printing for Blood Moon.

This let me normalize each store's selling price to what is commonly available on TCGplayer. I then took this normalized percentage and averaged it out over each given format, excluding all instances where the store was sold out because the previous price might artificially deflate the normalized percentage. What I found was a bit surprising.

The asterisk next to Star City Games's Commander prices is because of the ten staples, they only had four in stock. This price may be artificially deflated, and will need to be re-run at a future date.

These results were a bit surprising and definitely something people looking to trade cards into should account for. After all, if you are wooed by a good trade-in bonus or high credit offering, but the retail prices of the store are way above market, you really need to sit down and crunch the numbers. If we go back to our original option of trading in the playset of Arclight Phoenix, we would likely want to consider which format we wanted to trade them into before choosing a store.

For Standard cards Card Kingdom is the clear winner. Their Standard prices tend to be about 20% higher than market, however, their trade-in credit is higher than all the other stores.

For Modern cards Card Kingdom is again the clear winner as their Modern prices tended to be about 11% above market prices.

For Commander cards Card Kingdom again wins out, but just barely. Cool Stuff, Inc. is also very close in terms of value thanks to their above-credit option per card and their much lower average Commander card prices.

While big trade-in bonuses can look very enticing to players, it is extremely important to also look at the sales prices of the cards you will be trading into. This is a concern several writers have brought up about ABU Games. Their credit is incredibly overinflated thanks to a massive trade-in bonus, but their retail prices are also way above the market. Getting a 50% bonus doesn't look so good when the cards you're trading for are 50% above the going rate as well. 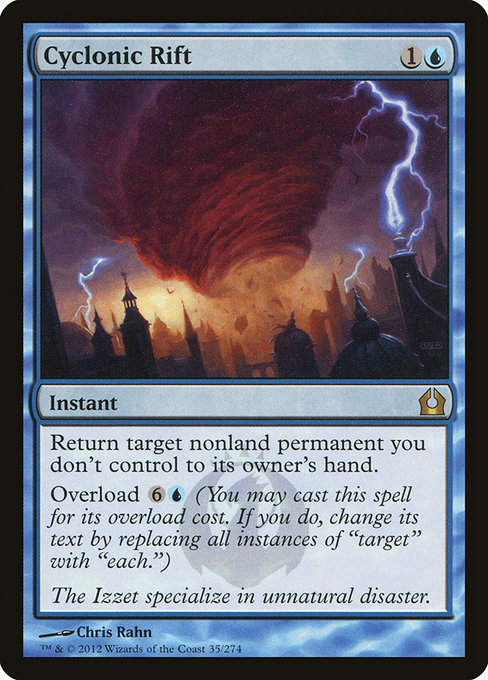 Thanks to tools like Trader Tools we can compare buylist prices for numerous stores quickly and easily, but that only tells half the story. I plan on continuing this exercise with additional stores suggested by my readers to hopefully develop a bigger catalog. At some point I'll also try increasing the number of staples for a given format to get more refined results.

I think this would be a great resource for people looking to optimize their trade-ins based on their needs. It was also interesting to see how many staples of various formats major stores were sold out of.

Almost every store I looked at was sold out of at least some staples listed, which could mean a few things: 1) they pulled inventory for a major event and have yet to re-add it back; 2) they are selling a lot of these staples; or 3) they are not buying many of the staples.

Given how even some of the "sold out" prices were way above market, I have a hard time believing number 2, so that leaves us with options 1 and 3. If it's 3, we may see stores being forced to be more competitive with their buylist prices soon as they miss out on sales due to lack of supply. If it's option 1, then we'll see a lot of "out of stock" alerts go out as cards are re-stocked.