Recent chatter on social media has sounded very positive for Magic’s health. This motivates me (and others I’m sure) to increase financial exposure to cards—further price appreciation seems almost inevitable at this point. But how confident can we be in Magic’s health?

Fortunately, this past week Hasbro (parent company of Wizards of the Coast) reported their quarterly earnings. Upon doing so, their stock chart mirrored a traditional Magic card buyout, spiking suddenly and meaningfully and aggressively.

Hasbro’s a giant company with many brands—we can’t assume Magic was the sole reason for this spike. But it did play a contributing role, and Hasbro’s management called the game out multiple times for its strength. This week I’m going to dig into Hasbro’s earnings reports for tidbits on Magic to try and glean just how strong this franchise truly is.

When Hasbro reports earnings, they like to summarize results in PowerPoint form; it’s a handy way of merging pictures and text to communicate top level results. For those interested in following along, you can view the publicly available report here.

In total, Magic was explicitly referenced five separate times in the presentation. Here are the snippets associated with each reference: 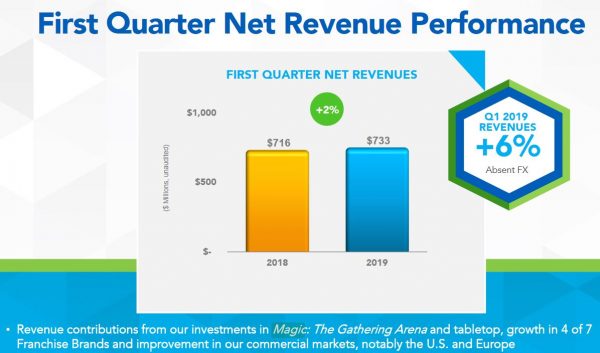 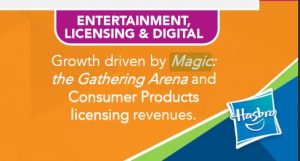 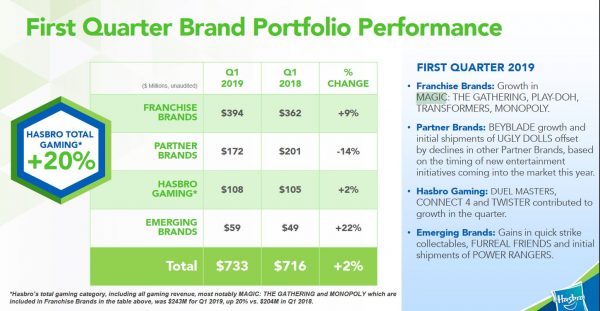 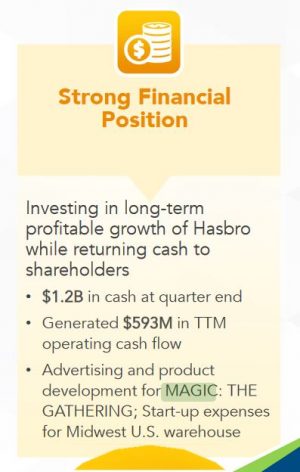 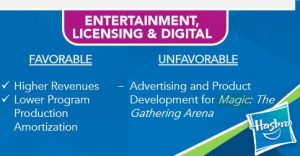 From these five mentions, we can draw two key conclusions about Magic.

First, it’s clear that Hasbro is committed to investing in Magic. They clearly state their intent to invest in advertising and product development for Arena. This commitment bodes very well for Magic. As players discover the game through the Arena platform, they may make the transition into the paper form of the game, driving higher sales and revenue growth for Hasbro.

The second valuable nugget from these slides is the overall strength of Magic revenues in general. In the one slide, there’s a statement that “Hasbro’s total gaming category, including all gaming revenue, most notably Magic: the Gathering and Monopoly…was $243M for Q1 2019, up 20% vs $204M in Q1 2018. To see 20% growth in such a mature business is phenomenal and it’s a testament to how strong these games are. Clearly, Hasbro is high on Magic and Monopoly to call them out individually like this.

But is this really conclusive? It’s nice to see Hasbro call out the strength in Magic and declare their intent to invest further in Arena, but can we really feel confident investing in Dual Lands and Black Lotuses based strictly on these slides?

Perhaps not. Fortunately, there is more data to react to within Management's Remarks about this quarter.

The PowerPoint presentation is really a high-level summary to help management navigate their conference calls with market analysts. The document containing management’s remarks provides additional color commentary around results. This is where some of the most interesting nuggets on Magic’s health reside.

Magic itself appears a dozen times in the document. Below are the snippets of the most interesting references.

Some of the snippets above echo what’s in the PowerPoint presentation: Magic is growing and Hasbro is committed to investing in Arena. They even explicitly mentioned their realignment of segments so that Arena revenue falls under a digital gaming category—this will make it easier to track Arena’s growth.

However, I think there are two new takeaways from these comments that are worth highlighting. First, Wizards provided some actual numbers when it comes to player engagement that appear to be very positive. Whether it's playing online, at a local shop, or watching coverage on Twitch, overall engagement with Magic is strong!

Secondly, what’s this mobile game “Valor’s Reach” all about? Seriously, am I the only one who didn’t know that Wizards is trying to expand the Magic franchise into a mobile game? 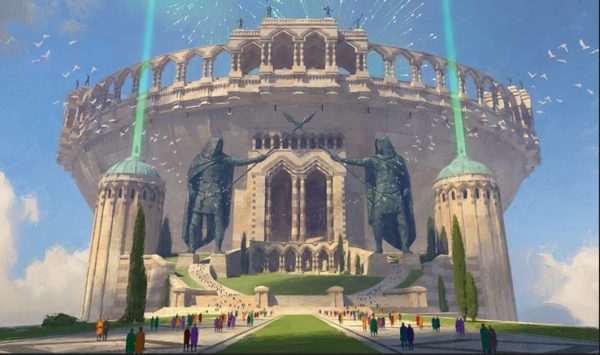 This is fantastic news! If the game has a lower barrier to entry than Magic, it may attract a far broader audience—some of those newcomers would naturally funnel to the card game.

We need to be somewhat skeptical here in that Hasbro will naturally spin all their analyses in a positive light. Naturally, their management is confident in the decisions being made (if they weren’t, then Hasbro would need new management). But even with this skepticism, I am still left feeling quite optimistic about this earnings report. It’s clear Hasbro will continue to spend some of their cash to grow Arena while also transforming Magic into a true esport. At the same time, they’re seeing strong engagement with the paper version of the game.

What are the action steps for us speculators and investors coming out of this earnings report? I don’t think I’d make any sudden changes in my approach per se. But in the past, I have stated that Magic investing—especially in the Reserved List and high-end market (Duals, Power, Masterpieces, Alpha/Beta)—are great long-term investments as long as Magic stays healthy. What I’m reading in the last quarterly statement is that Magic is in the best shape it has ever been! 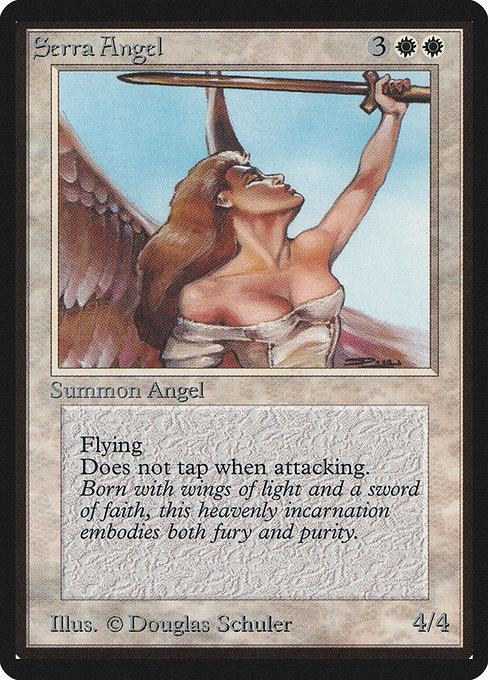 This means we have the green light to proceed as planned…at least until the next quarterly earnings when we can examine numbers all over again.