Back in December I wrote a provocative piece on the market cap of Magic. The premise was simple: much like calculating the market capitalization of a company, one could estimate the summed product of cards printed and their secondary value on the market.

With print-run data unavailable after the first couple years of Magic, this calculation is impossible to do with any precision. However focusing on the first few sets alone led to staggering conclusions regarding Magic’s market cap.

Well, I have some news for everybody: the market cap of Magic is about to climb yet again. The tide is likely to rise, lifting all ships as we’ve seen numerous times in the past.

What is the catalyst that will drive the increase? How am I so confident? It all comes down to one thing: Modern Horizons.

In the past, Modern reprint sets (i.e. Modern Masters, Modern Masters 2015, Modern Masters 2017) have failed to make the format more affordable. Sure, the third reprint of Tarmogoyf finally kept the creature’s price under $100. Cards that were expensive primarily due to their initial print-run and lack of reprints rather than their ubiquity in Modern also dropped notably in price. 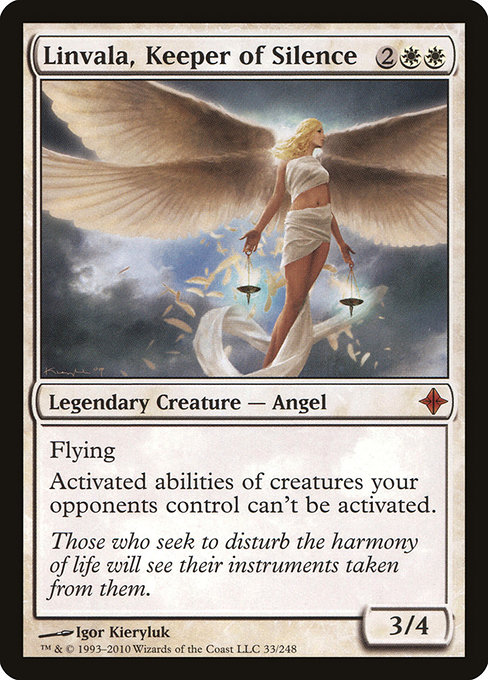 But the argument could be made that these Modern reprint sets actually drove card prices higher across the board.

First of all, you have the aptly named “Tarmogoyf effect.” That is, if a player interested in Modern opens a Tarmogoyf, they may be more inclined to go out and buy three more to play in Modern rather than sell their opened copy. Instead of increasing market supply, the net effect is a decrease. This may have happened with the original Modern Masters set, but I think the effect has diminished since then.

Now that these cards have all seen reprinting, different cards take the top spot. Even though it doesn’t show up as one of the most played Modern cards, I’d argue that Jace, the Mind Sculptor is one of the most expensive cards in Modern. This card has been reprinted multiple times already, yet it still sells for over $100. We’ll see if the Mythic Edition printing of Jace has any impact on his price.

Perhaps if it drops enough, we’ll see Scalding Tarn take over the top spot—it is also flirting with $100 and there’s no reprint in sight. Liliana of the Veil has also been creeping higher, and is probably in the top five.

Lastly, Modern reprint sets shine a spotlight on Modern. This alone may catalyze interest in the format, driving up prices. Wizards of the Coast can reprint cards until they’re blue in the face—they will never be able to keep up with the evolving metagame and fluctuations in demand that lead to the expensive decks that make up this format.

By printing Modern Masters sets, they are only increasing supply of a fixed group of cards, while at the same time increasing demand of all Modern cards. The result: a growing market cap for Magic.

If we were to write a simple table, we can quickly summarize how Modern reprint sets impact Modern prices. It would look something like this:

Let’s shift gears now and focus on Modern Horizons, a set with some reprints and some new cards with one key characteristic in common—no card is currently Modern-legal today.

What is this going to do to Modern card prices? Well, if we refer back to the table above we see that two of the three items above will hold true. Modern Horizons will likely cause some non-reprinted cards to jump in price. This happens any time there’s pent-up demand for cards as buyers await spoilers before purchasing any at-risk cards. Modern interest will definitely increase—the entire format is going to get turned on its head with so many new, Modern-legal cards being introduced at once.

However, if we go to the “Price Decrease Factors” column I’m not so sure this line item applies. There will be reprinted cards, and those cards will drop in price. But there won’t be any Modern-legal reprints. That means there will be no sudden increase in supply of any Modern card currently in the format.

So you have two catalysts for higher Modern prices and a muted catalyst for lower Modern prices. I suppose some of these new Modern cards will find their way into tier 1 decks in Modern, and those cards may be a little cheaper at first. But in all, I predict Modern prices will rise across the board as a result of Modern Horizons.

Currently Scalding Tarns are around $90 a piece. A playset will run you $360. A heavily played Volcanic Island will cost you around $300. It is conceivable that some players may see their Modern collection grow in price and use that leverage to acquire Reserved List staples. They may make their first foray into Legacy or upgrade their Commander decks.

So if you’re in the game for the long haul, which would you rather own? Personally, I’d rather own the sure thing and sit on the Volcanic Island.

Now imagine what may happen when Modern Horizons launches. Scalding Tarns are already quite pricey—I’m not sure what upside remains. But other fetches can certainly climb near that $100 mark. Imagine Verdant Catacombs hits $100 each. A set of those could then be traded for two heavily played Bayous.

As Modern card prices rise, they become valuable trading tools into the upper echelon of this hobby. What speculator wouldn’t be tempted to ship a bunch of Modern cards that were $20 a few years ago into something that will inevitably climb toward $500 over time? It’s a no-brainer.

Such transactions will increase the demand for Dual Lands and other Reserved List staples. This will especially be the case for Commander staples, as that format is as strong as ever.

Next thing you know, a set of Volcanic Islands will be tradable for a heavily played Mox Sapphire. Now you have the next wave of trades being made as value funnels upward. Power will be the last tier to rise, and it will do so without the notice of the average player. But rest assured that the 1% of Magic speculators will see their wallets grow fattest with this rise in tide.

This is what I suspect will happen over the course of 2019 once Modern Horizons is launched.

So what’s the play here? Honestly, you can’t go wrong no matter which avenue you pursue. You could stick to buying Modern staples that will likely remain relevant once the metagame is disrupted—I like fetch lands most for this, but Snapcaster Mage and Cryptic Command are also prime targets.

Or you could preemptively pick up a couple of Dual Lands, Mox Diamonds, and Gaea's Cradles in anticipation of the rising tide. Then when players are itching to trade up, you can make profit by trading down for a small premium and liquidating the Modern cards you get in return, netting a nice profit.

Or you could go all the way to the top and pick up that Mox Ruby or Library of Alexandria you’ve been wanting (or whatever high-end card you’re after).

It’s only a matter of time before those take another leg higher in price. I predict that six months from now we’ll look back and wish we had picked these up when they were “cheaper.” It’s the same thing we say every time these price increases happen, and 2019 will likely be no different.

All thanks to the printing of Modern Horizons.

One thought on “Modern Horizons: The Next Rising Tide”