So my first two articles had a great amount of feedback from everyone and I honestly appreciate it.  A couple comments seemed to come up a few times, though: "What are your specs?" or something similar such as, "Show us some real numbers."

So I figured, why not? I don't think it will hurt anyone or anything too much to give you all a bit of insight to my speculation bin.  I'll do my best to explain why I have looked at each card, why I bought the amount that I did, how much I bought in at, where I purchased, and what my end goal is.  Hopefully this will provide something helpful for everyone in the finance game.  Before I start, here's a few tidbits about me and my buying/selling:

Stop talking and show us your cards

First up, we have the legendary sorcery cards!  More specifically, non-foil versions of Karn's Temporal Sundering and Yawgmoth's Vile Offering.  I don't have the liquidity to invest in foils just yet. 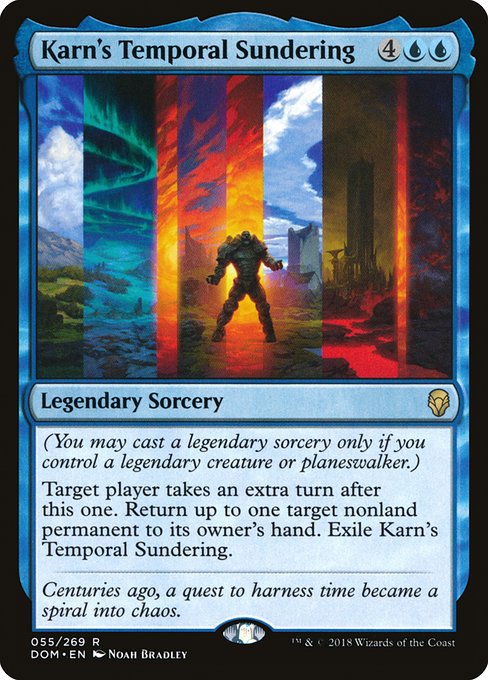 As a blue player, this card caught my eye right away.  Take an extra turn? Yes please!  Sundering came on my radar right away with the Dominaria spoiler season, but I had a hunch that buying in to it during preorders was a trap.

Preordering can often be tricky, and I've been burned on it too many times.  This card hit bulk not long after Dominaria's release, and I knew it was EDH gold.  All of the legendary sorcery cards (in my opinion) are EDH gold, they just need some time to grow.  If you look at the history of "extra turn" cards, they all seem to become popular eventually.  With the recent spoiling of God-Eternal Kefnet this card jumped back on my radar and I doubled my stock.  There's actually a combo with those two cards (and a third) in the new standard, so maybe it will see play? 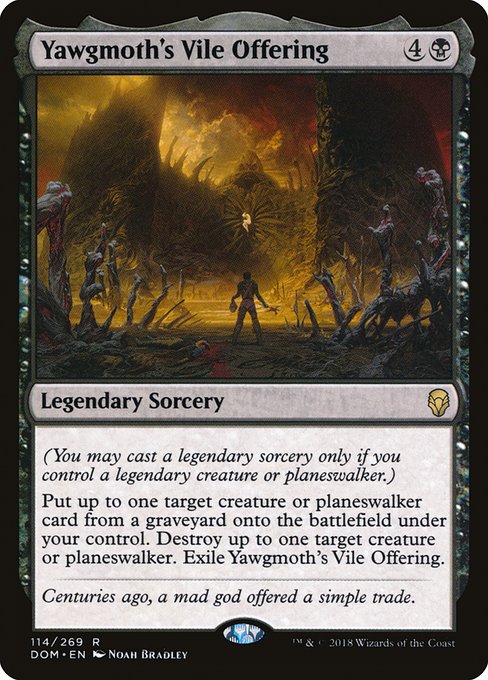 This card is the same appeal, but in a color-shifted mindset.  Black cards that return permanents are often great and have large impacts on the game, especially in Commander.  Not only is reanimation great, but a card that doesn't specify which graveyard you can take from is even better.  Add on to that the chance to grab a planeswalker and you have some spicy tech.

But we're not finished – you also get to destroy a target creature or planeswalker if you so choose, and for only five mana.  This card can find a home in so many Commander decks and has the potential to see play in the upcoming Standard meta.  With the amount of legendary cards that could see play, there's no reason you should be afraid of the legendary sorcery caveat on these cards.  I don't feel as confident in this card as I do with Sundering, but that might be because I am a blue player at heart and I love extra turns. 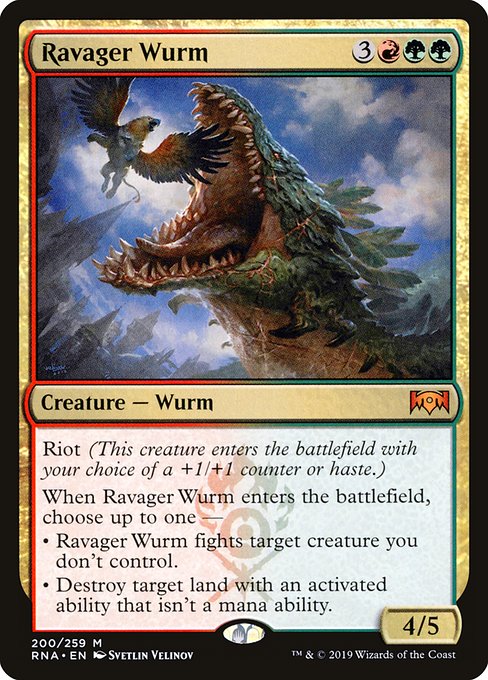 Ravager Wurm has been something that I've been watching since Allegiance spoilers.  It started pretty high during preorders and has been falling ever since.  In a standard meta that is very aggressive, this card doesn't see much play, but it has so much potential to be amazing – consider playing it alongside Rhythm of the Wild or Vivien's Arkbow.  Let's go over the checklist:

Does anyone remember RG monsters?  This reminds me a bit of the giant curve of creatures that can come down fairly fast.  Not only that, but with the recent spoiling of the new Boar God Ilharg, the Raze-Boar, this card could be nuts.  It just needs the right deck to succeed. 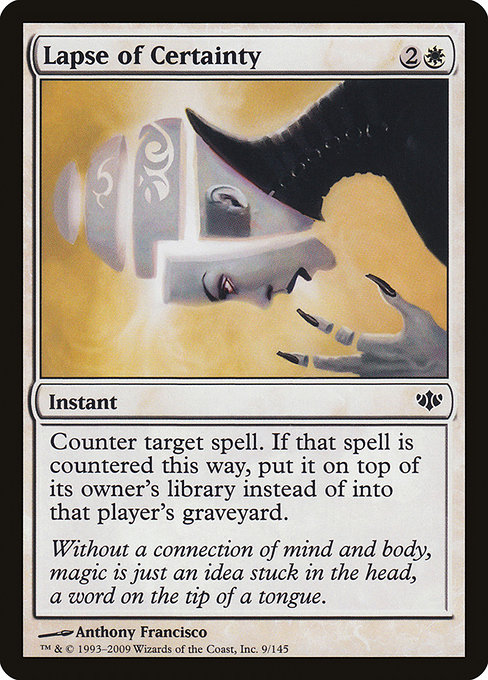 Lapse of Certainty is the first foil that I bought in at with the goal of investment.

Here's a secret I'll share with you... watch videos from The Command Zone right when they come out.  Not only are they pretty cool to watch, but you can keep an eye out for crazy tech.  These videos often cause spikes and buyouts, so it can be financially beneficial to be as ahead of the game as possible (there's an MTG pun in there somewhere).

Recently, a new video posted and I scrolled through it searching for something spicy before even enjoying the video.  I had no clue if this would be the card to hit, so I decided to take a risk.  Risk... it can be dangerous but sometimes rewarding.

Now that you know all of my secrets...

Well, not all of them.  A magician never gives away all of their secrets.  I think I'll do an update to this article in a few months, as well as give another insight to some more of my specs after War of the Spark is well into its Standard life.  I hope this helps some of you understand my frame of mind, as well as help you figure out where you want to go with your financial game.  'Til next time, folks!