Wizards of the Coast recently promised to send an uncut foil sheet of War of the Spark as compensation to those who successfully ordered and received confirmation emails for the WAR Mythic Edition special release but did not receive product (and were instead refunded).

People have been receiving theirs in the mail over the last couple weeks, with nary a confirmation email from eBay or WotC in sight. Mine came in on Wednesday, June 26th. The lack of communication with recipients of sheets will likely cause some issues with people not receiving theirs, although I surprisingly have not heard many stories to that tune as of yet. Sheet arrival seems to be a bit more tenuous overseas, but here in the U.S. they have likely all arrived by now.

My sheet was rolled correctly and received with minor dings and dents.  I informed Wizards of the Coast of the damage via the normal channels, and they’ll be sending me a new one shortly. They didn’t ask for me to return the damaged one, so that one is off to a professional miscutter.

Yeah, that’s right, I’m chopping mine. Just peep some of the beauties being cranked out by the hard-working individuals of the NFC Miscuts Facebook group! 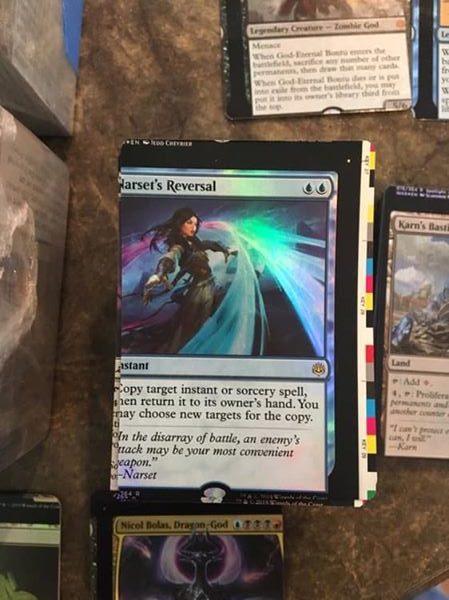 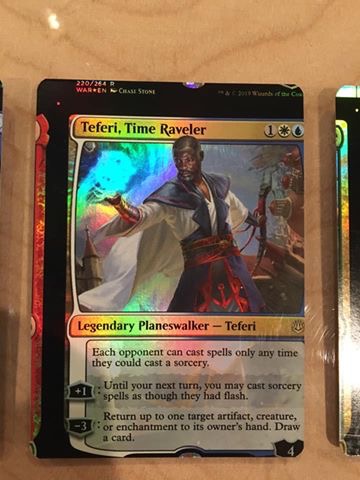 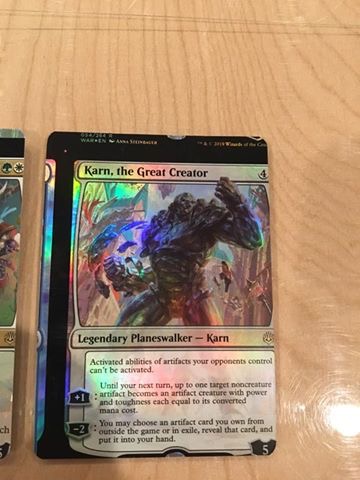 The level one move is to sell your sheet on eBay or to an individual. I’ll almost never argue against cashing out, but is now really the right time? I’m seeing these go for obscenely cheap. Between eBay fees and shipping, most sellers aren’t making even $200 for their sheet. Battle for Zendikar, a lukewarm set finance-wise, sells for about $500 for a rare sheet. Heck, even preorders of the WAR rare sheet were going for $400 earlier in June. Lots of these are now in the hands of people who are not too familiar with MTGFinance or still feel burned by not receiving their Mythic editions. People want these gone, and they don’t want to wait around to ditch them.

How many sheets are out there?

I’ve written this article from scratch twice now. Originally, I had a very lengthy diatribe about how people are overestimating the supply that will enter the market. The raw numbers made me think that because only be about 10,000-15,000 sheets will enter players hands, only a small fraction of these would enter the market. This was off-base.

My justification was that of these sheets, a large number will be stored as long-term specs (and likely improperly, which would result in fewer undamaged sheets available), a large number would be framed, and some number would be cut for the cards. While this is still true, I think we’re going to be looking at more than half of the sheets entering the market. And believe me, there are a lot of sheets. Just… just look. 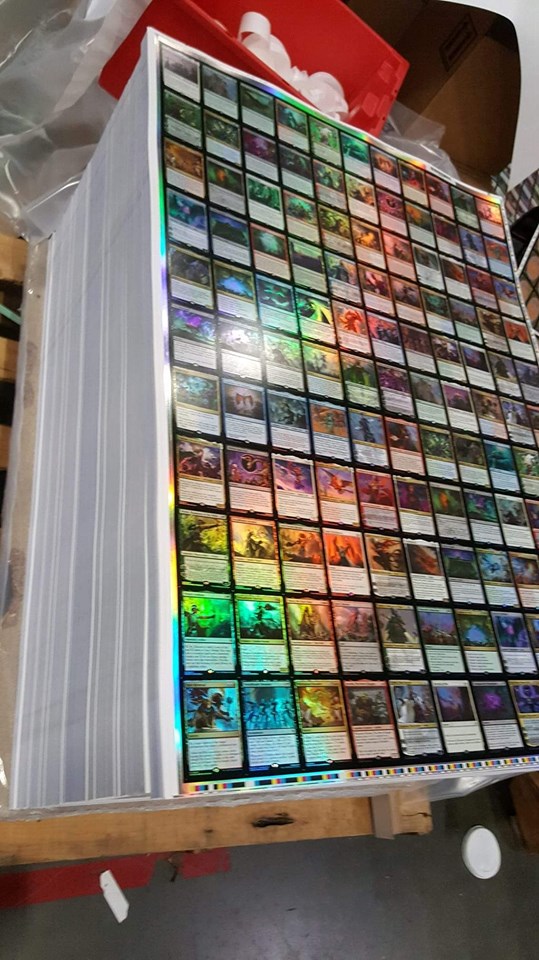 Wizards sending out replacement sheets and not asking for returns throws off all valid calculations of supply. At this point, the only thing that’s safe to say is that supply is going to outstrip demand. The first time I wrote this article, I thought that snagging these for $200 a sheet would be solid. Now, that sentiment is laughable.

They will certainly rebound a month or two from now, but these are going to be a hassle. People are having difficulty selling theirs on eBay for $200 now. Buyers are rightfully cautious because so many sheets have arrived damaged. There’s just not enough information right now to know what the financial future of these will be.

What should I do with mine?

All bets are off. Sheets are so cheap now that buyers are going to be finding them shipped for incredibly cheap prices. If you still have yours and want to sell it, you’ve missed the boat. Don’t panic sell yours, just hold it for a couple months to see if the market rebounds a little. The exit goal is $300. If sheets get back there, either sell or commit to holding it forever. If you have an undamaged sheet, you will have an easier time getting good value out of it. Just make sure you don’t leave it in the tube it came in.

These things get more and more warped/damaged the longer they sit in a tube. Invest in a $30 uncut sheet toploader (such as this one here) and you should get a stronger return on the investment. If you do tuck it away, be certain to store it as you would your other cards; in an area that does not get sunlight, has low to no humidity, and does not frequently change temperatures (as close to room temperature as possible is best).

Having the sheets cut professionally will likely also prove profitable, although it is a lot more work. Let’s dig into the nitty-gritty of having your sheet fully cut. Each sheet contains two of every rare and one of every mythic rare card from War of the Spark. These sheets are 11 x 11 cards, for 122 cards total. The floor on a miscut foil tends to be about $5 for the absolute bulk foil rares.

The following cards will almost certainly fetch above-bulk value when miscut: Finale of Devastation, Finale of Promise, all of the planeswalkers, all of the legendary creatures, and a small handful of other constructed playable cards.

This is actually the majority of the cards on the sheet. Prices are going to vary wildly for these, but even assuming the average value of a card on the sheet is $10 (which I think is a fairly conservative figure), that means your cut sheet is worth over $1000. Not too shabby! I’ll probably have my replacement sheet cut too, unless I decide to frame it. The payoff seems to be high enough that cutting the sheet is worth it, and the time frame shouldn’t be an issue considering some of the best cards, such as Teferi, Time Raveler, Karn, the Great Creator and Dreadhorde Arcanist are all very eternally playable.

At the end of the day, these are awesome, unique pieces of Magic history. I wouldn’t recommend tossing it out for a measly $120 or so unless you need the spare cash right now. If you got one or more of these, you’re in a great spot! If you didn’t, go nab one from eBay! They really can’t get much cheaper than they are now. Hope you all had a great Fourth of July weekend. Expect to hear from me again soon, and as always, follow me on Twitter @MahouManSam for day-to-day #MTGFinance updates.

Sam Lowe is a Magic player in the Ann Arbor area of Michigan. He and his girlfriend, Joslyn Lambaria, own and operate the online store Valkyrie Games out of their apartment. He frequents the SCG tour and can usually be found haggling for Collector's Edition cards instead of playing Day 2.