Hello, everyone, and welcome to another Magic Arena article! This week, we are going to look at how to create a budget-friendly yet competitive deck. When I say budget-friendly, that doesn't always mean cheap decks comprised of commons and uncommons. The idea is to spend the fewest resources outside of what you already have in your collection to construct a deck.

Situations where you may want to create a budget deck:

We can consider these short-term decks. In these situations, you probably don't want to spend any gems or rare/mythic wildcards to build a short-term deck, especially when those cards are not needed in any other decks you will be playing moving forward. Sure, you can probably netdeck and replace any missing cards from a list with others in your collection.

However, as I mentioned in my previous article – I will be writing about how to optimize playing the game on a budget – we want to do this the "best" way. Now, best can mean any or all of these things when budget-building for Arena:

In this article, I will provide actual budget deckbuilding samples for you to better visualize the process.

Every time I want to build a deck, I will ask myself: what do I want to achieve? Can I hit multiple goals with the same deck? In Arena, we build decks primarily for these reasons:

So make sure your goal is clear! From there, figure out what the requirements for this new deck are. 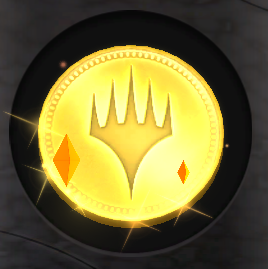 You have a quest telling you to "Cast 30 Red or Blue Spells" that you want to clear. Many new players would probably think, "I can simply build a deck with 40 1- or 2-red-mana spells and 20 Mountains." While technically right, it's important to consider what other goals we can accomplish. Why not make a deck that can win games at the same time? That way, we get to clear quests for the gold and XP, while gaining XP for daily rewards at the same time! Chances are, we will come to the conclusion that a low-curve, aggressive red deck is what we needed.

What I'm trying to convey: try to make a deck that can do multiple things at once for maximum efficiency! Not only that, but it also boosts the reusability of the deck since it can be used for different reasons that may arise – you don't need to keep non-competitive/boring decks in your collection.

You want to climb the Constructed ladder for this season (and for sure to clear quests and/or to gain XP), but you either don't have enough wildcards to complete the deck you want to play or its near rotation whereby spending wildcards might not be worth it. This week is the exact time where nobody is making new decks for Standard, and probably don't have enough wildcards to catch up with the changes in Historic. Under such a scenario, the best option is probably to homebrew or to play another Constructed format, be it Brawl or Standard in 2021.

Understanding of the format you want to play is the key to budget deckbuilding. If you don't own the best decks in the format, you're left with the option of building a deck that is good or at least not bad against the field. Before we jump into deckbuilding, let's ask ourselves these questions:

What deck is good in the meta?

Using a decklist database like MTGGoldfish or MTGTop8, select the format you want to look at, and you will have all the details you need at glance. For example, in the current week of Standard, you will find Sultai Midrange/Control variants at the top, followed by aggro decks like Green Stompy, Mardu Winota, and Mono Red.

The field is something around 50 percent aggro and 40 percent Sultai. From here, we can say that aggro is good unless you encounter decks with a good amount of lifegain, especially with Uro, Titan of Nature's Wrath. Besides that, we also found out there's no true control deck in the environment post-ban, which is a strong indicator that we shouldn't be playing control.

Which are the best colors?

From the metagame analysis above, it's clear that green is popular, followed by blue and red. If we were to make a Standard deck, we probably want to start with green and blue. In the recent sets, green has lots of card advantage, and that is the main reason why green is at the top right now.

Go Through Your Collection

Once you know what you need, let's proceed to figure out which format to play and/or what deck to play. At this point, evaluating your collection is important, so you can ensure the deck you built gives you a better if not the best outcome. Start by checking what rares and mythics you have in your collection.

For instance, I need a deck for the Constructed ladder, and since my pool is relatively small, I can't make any functional Historic decks. My best option here is Standard 2021, as I have collected enough cards in the newer sets to throw something together. My deckbuilding process would look like this: 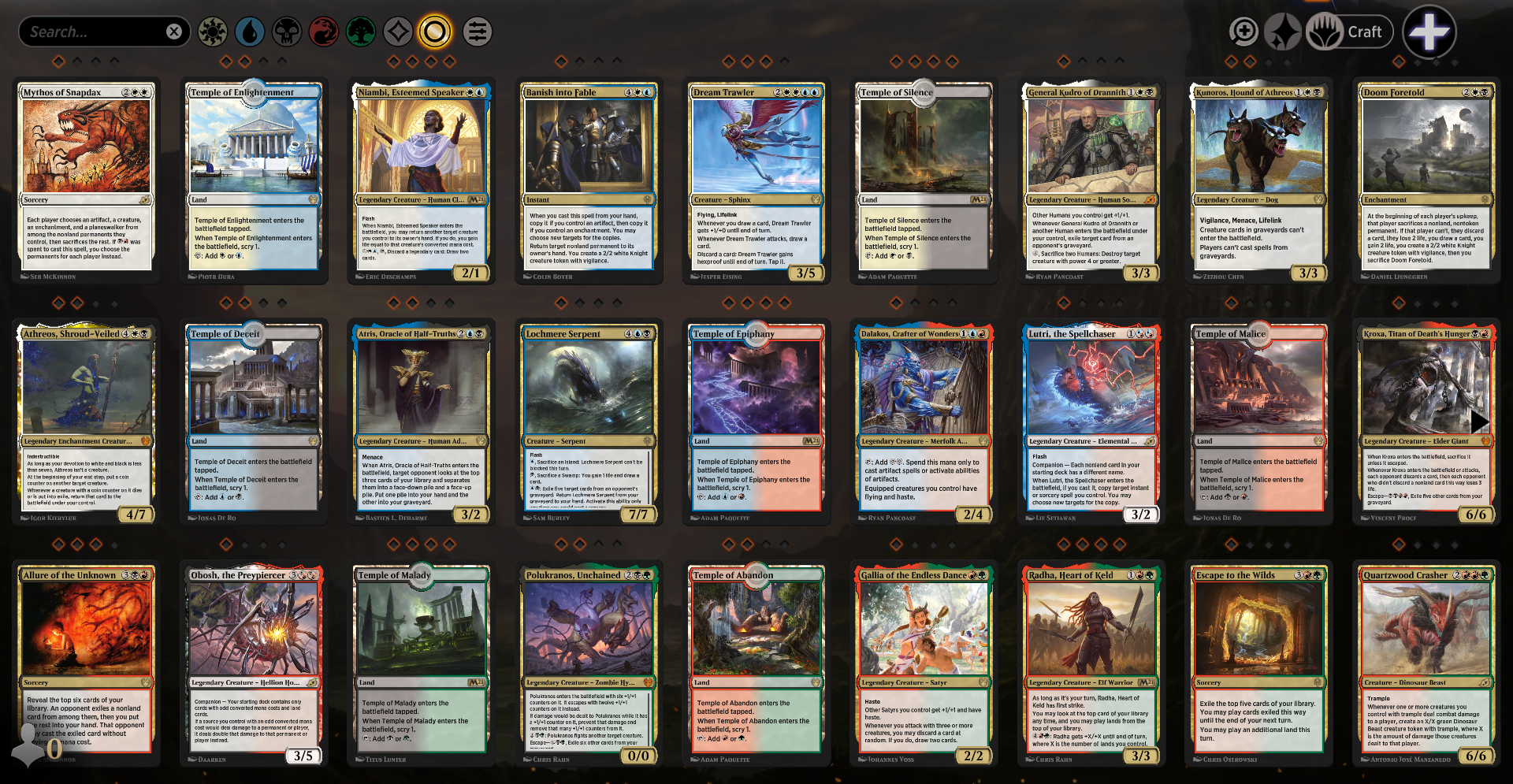 Starting with the gold cards in my collection, I feel Kunoros, Hound of Athreos is the strongest card, complemented by the full set of Temple of Silence and the access to quality lifelink creatures in both colors. Patterns emerge when looking at these Orzhov colored cards:

Now, we can continue by adding cards that fit our gameplan. A playset of Griffin Aerie is an auto-include while cards like Vito and Indulging Patrician are cards that synergize well with this strategy.

After adding the right number of creatures, removal spells, and combat tricks, my new Orzhov deck looks like this:

Disclaimer: This is only a case study based on what I have in my collection. It will definitely vary from what you will end up building.

When I have the chance, I will make videos playtesting budget decks and will share the deck-tech over here, along with the thought process when I try to build the deck. If you have a card that you would like to see played in Standard, you may leave a comment down below to let me know!

Alright, that’s all from me this week. Thanks for reading, and I’ll see you again next week!