Today's article was inspired by the Secret Lair series. The QS Discord (which if you haven't joined, stop reading this article now and do so) was full of the viewpoint that these cards would be easy money. Numerous people and stores will likely be buying the maximum allowed during the purchase window for this drop. Those buyers then have to wait for their product to arrive before trying to make a profit.

Prior to COVID-19, Wizards of the Coast seemed to be relatively quick with getting the products into the buyer's hands. However, once COVID-19 hit, we saw some massive delays in WotC shipping many of these Secret Lair products. This meant that the capital invested in these products was held up in limbo, some for months and months. 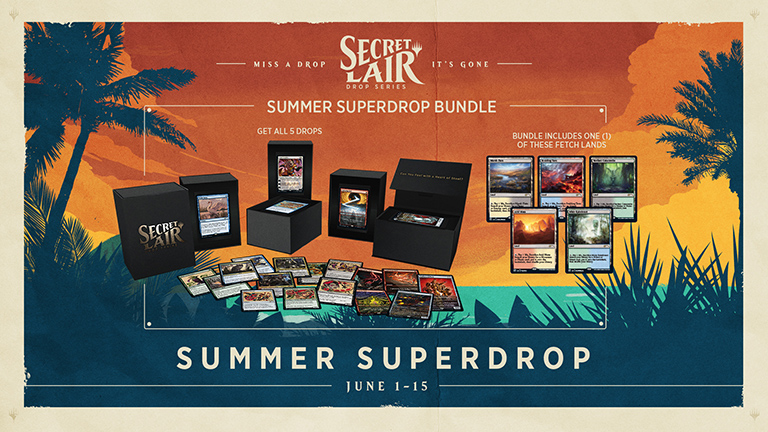 One of our members purchased 15 of the Summer Superdrop bundles on June 1, 2020 for $2727.75 which includes taxing and shipping. They arrived mid August, so that $2728 was in limbo for about two and a half months. He stated they were easy to move and his profit was around 20% + all 15 fetchlands, so depending on which fetches he received we could assume his total if he sold everything was probably somewhere in the neighborhood of $4000-$4100. In all honesty, you'd be hard-pressed to get a return like that in any form of investment outside of a very lucky timing on a major announcement from a company.

However, I think it's critical to point out that this member also happens to have a stake in a physical storefront, which may or may not help a lot.

If you take the TCGplayer Market value for 15 copies of all the sealed Secret Lairs from June we get:

Now, these values don't include the fetchlands which as we previously mentioned add around $750-$825 in additional value. Which brings our new total up to $3,304.2. Sadly though, we need to subtract fees and shipping costs. To make matters worse, if the Secret Lair Drops are purchased sealed you can expect a shipping cost of at least $8.30. With the current USPS shipping cost of a small flat rate box, you can probably fit one in a flat rate envelope which will still run you $7.75. This means that a $30 sale will cost you almost $12 in shipping and TCGplayer fees.

It goes to show that being able to sell these in person and not get hit with shipping costs can make or break this investment. If you multiply everything out including the shipping and fees, you're looking at a net income of something like $1982 + a fetchland value estimated around $700 (once fees and shipping costs are pulled out of those transactions as well). Eliminating the shipping cost really does make or break selling sealed Secret Lairs as a profitable venture.

Given how the shipping cost eats into any potential profit, it seems that opening them all up and selling the singles will at least let you bypass the much higher shipping costs associated with sealed product. Unfortunately, a lot of the cards in these drops were relatively cheap already, so adding shipping helped keep some of the prices inflated. If people bought multiple copies from you and you only get to charge shipping once, then this value goes even lower. 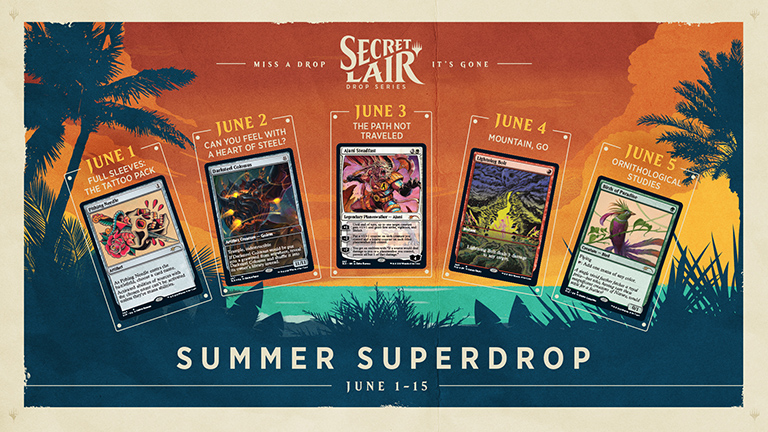 Not All Drops Are the Same

Running the numbers so far it would seem that these were some options better than others. The Full Sleeves Drop TCGLow value is 98% of the MSRP, whereas, The Path Not Traveled is only 41% of MSRP. The breakdown is as follows;

It's very important to remember that you only got a random fetch if you purchased the full Super Drop, which was all 5 of these Secret Lairs; even if you thought one of them might be a dud, there was no way to around it. Luckily, the value of the fetchlands at worst negated one of the Secret Lairs if you were unable to sell it.

While the QS member who provided me his valuable input may have done extremely well with his Summer Secret Lairs, the current values of either the sealed or the singles implies that anyone who doesn't have access to selling them in person and bypassing shipping and seller fees is likely to have lost money on this product. If you don't think you could sell these types of products locally, I would definitely avoid purchasing them unless it's for your own personal enjoyment.

It's also important to keep in mind that because of a lot of shipping delays many people who purchased Secret Lairs had a lot of capital tied up for a not-insignificant amount of time. If you own a physical store but rely heavily on quick turnaround of inventory purchasing, these products are riskier than having cash on hand to buy singles. The cost of not having said cash on hand is very real.