When I first started playing Magic: The Gathering and was trying to build a collection for myself so that I could play competitively, several local players drilled one idea into my head: Real Estate is Key. No, they weren't talking about buying physical land (though that can be a pretty great investment) - they were talking about lands in the card game. When you're trying to play in several different formats, and have varied interests in the style of decks you want to play, having access to a diverse mana base is key. Very often - especially in eternal formats - the land base is going to be one of the most expensive cards in any deck.

So I focused on lands first. I traded into and bought shock lands, moved up to getting my playsets of fetch lands, and then finally started getting all of the Revised dual lands I needed (I'm still a few short of a full set, but I'm almost there!) The philosophy of focusing on land bases has stuck with me throughout the years though, and any time a new cycle of lands comes out in a new set I pay attention. Now, a set with new lands that are also spells? Be still my beating heart, Zendikar Rising has definitely caught my attention.

For those of you who may have missed it, Zendikar Rising introduced a new style of double-sided lands that have a land on one side and some sort of spell on the other, and I think they're all super neat. There's a good chance this is one of the new play designs we look back on years from now and recognize as one of the big, innovative shifts for the game. They add all sorts of new interesting play decisions and patterns to the game, and as a player, I'm super excited to get a chance to experiment with all of them. But what about their financial impact? Are they going to be nearly as impactful on our wallets as say, fetch lands, or shock lands? I doubt it, but I still think many of these are worth keeping an eye on. Let's take a look at them all, shall we?

The mythic rare land cycle, which I have been hearing people refer to as "bolt lands," all have a sorcery on one side and can come into play untapped if you pay three life (hence the name "bolt land.") We have Emeria, Shattered Skyclave/Emeria's Call in white; Sea Gate, Reborn/Sea Gate Restoration in blue; Agadeem, the Undercrypt/Agadeem's Awakening; Shatterskull, the Hammer Pass/Shatterskull Smashing (my favorite) in red; and Turntimber, Serpentine Wood/Turntimber Symbiosis in green.

Honestly, I think all of these mythics are pretty cool, design-wise. Currently Agadeem, the Undercrypt is leading the pack price-wise, with the normal printing fetching around $12. It's being played in Standard Rogues lists, but also features in a sweet BR list in Modern that pilot NuBlkAu took to a 5-0 finish in a Modern League. These lands, in general, have the potential to make "landless" Goblin Charbelcher strategies very successful in Legacy, and Agadeem, the Undercrypt also features as a four-of in this Charbelcher list piloted by ziyanghuakai that took a 5-0 finish in a Legacy League.

Turntimer, Serpentine Wood, which also is a four-of in that Charbelcher list, is the next most expensive at around $10. Honestly, while we're still in the Pandemic, I don't see these cards rising up much past that - but if the decks that play them in eternal formats take off once we get back to playing in big paper Magic tournaments I could see the ones that get featured shooting up towards the $20 or more range. The versatility of having a spell on one side and a land that can come in untapped is pretty awesome, and I think we'll be seeing a lot more of these in the future.

There are two rare land cycles in Zendikar Rising (along with two rare lands, Crawling Barrens and Throne of Makindi which don't really excite me at all), one of which is like the mythic cycle we talked about above, featuring a land on one side and some sort of spell on the other, and the other cycle has lands of different colors on both sides. I'll definitely be adding at least a playset of each to my speculation box if I can trade into them at decent prices in the next couple of months.

These spell lands are less exciting than their mythic counterparts because the land side comes in tapped, but I still think they're super interesting cards and have the potential to be decent pickups right now. The only ones that are above $2 right now are Valakut Stoneforge/Valakut Awakening and Glasspool Shore/Glasspool Mimic, and even then they're just barely above the $2 mark. While I don't think these have quite the competitive potential that the mythic lands do, they're interesting enough to me that I'll definitely be trying to pick up borderless and foil versions for my spec box (focusing on the red and blue ones) while they're still in print and cheap during the pandemic. 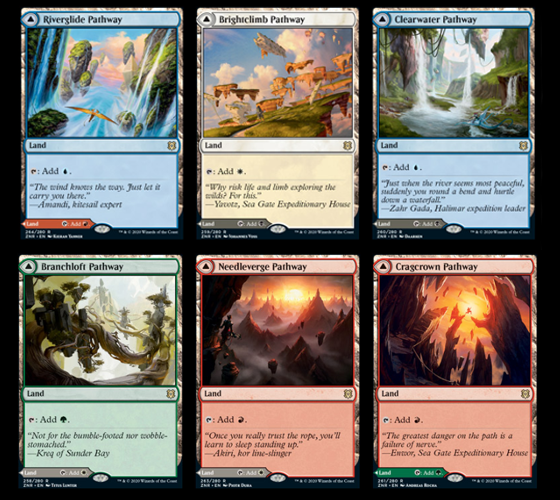 The other rare cycle is one I was particularly pumped about when they were spoiled. Honestly, I may have over-estimated how good they are when I was talking with my playgroup about them - I was raving about how all kinds of eternal decks were going to want them, but my group brought up a pretty serious downside: they aren't fetchable.

Not being able to fetch them out of your deck may be a pretty big downside, but I still think they're versatile enough that people are going to experiment with playing a few copies in their decks! I know I'll be experimenting with them and with their gorgeous, borderless non-foil copies all going for $3-6 (with the only one closely pushing the $6 mark being Riverglide Pathway I'll for sure be picking up a playset of each for my personal collection and plenty of extras for my speculation box.

There are too many uncommons to list nicely in this particular article, and I doubt that many of them will be worth more than a dollar ever. I do think they're all super neat, and they've made limited for this set a ton of fun to play. I would recommend keeping an eye on Spikefield Cave/Spikefield Hazard and holding onto any you pull or picking up some foils, because it's being played in eternal burn strategies. I could also see the one uncommon land that's not part of the cycle, Base Camp being worth picking up foil copies of, just in case there's ever interest in a party-based EDH deck. 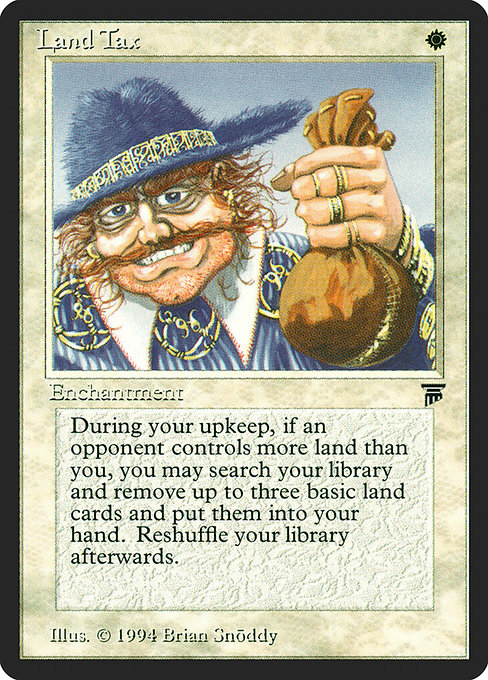 Well, friends, that's all for me today! What do you think of the lands from this set? Have you been able to play with many of them? I've been having a blast playing in drafts and trying new standard brews over on my Twitch channel - where you can find me streaming every Wednesday, Friday, and Sunday. You can also find box openings of this set on my YouTube channel, and if you want to chat feel free to hit me up in the QS Discord or find me @MTGJoeD on all the socials! I hope you're taking care of yourselves out there, have a good week and I'll see you next time!