Way back in 2016, I wrote a piece called Strike While the Iron is Hot. At the time, I was hearing from a lot of people that their collection's value had gone up and then prices started to dip back down and people wanted to sell what they had to lock in profits. The Warren Buffet quote I used at the time was “We simply attempt to be fearful when others are greedy, and to be greedy only when others are fearful.”

At the time, many MTG financiers were on the fearful side. Looking at all the Reserved List buyouts happening now, I am now firmly in the opposite camp. I am a seller rather than a buyer right now. It seems that those buying out RL cards aren't even that selective in their choices. Cards that see no play in any format are doubling or tripling in price, simply because they are on the Reserved List and people are suffering from Fear of Missing Out (FOMO).

I have put up more of my personal collection in the past 2 months than I had in the previous 2 years. I should be honest though, as my willingness to part with cards I never thought I'd part with is only partly driven by the potential to make massive profits on my purchases, but mostly because as I have gotten older. My family has grown and I have less time to devote to Magic as a whole.

There was a time in my life when I was at a store playing some format of Magic for 6 out of 7 days of the week, now I am lucky to make it once every other week (pandemic withstanding). I can't justify holding onto thousands of dollars of cards that just sit in my safe doing nothing when I could put that money into other more pressing concerns. Many of my friends are in the same boat; our "no proxies allowed" mentality when it came to Commander has become far more lax, and we currently allow proxies if you own any copies of the card.

Perhaps we are passing the torch to the next generation of Magic players, younger people who can devote the amount of time we used to; or perhaps we simply understand that given the state of the world having access to the liquidity of cash far outweighs the pride of playing a real Underground Sea.

So far, most of the Reserved List cards whose prices have jumped significantly were not bulk to begin with, and are all cards that are likely to be seen in competitive Commander or cEDH decks. That isn't to say that many don't see play in casual Commander decks, just simply that the cards jumping in price tend to be far more on the competitive side. It's also very important to note that the US government recently gave most of the adult population $600 in stimulus, with many people spending it on investments. If you are a gainfully employed Magic player with disposable income, it makes sense to splurge on some of the higher-end cards you've been missing in your decks, especially when the money was "free." With all this being said, there are some cards I'm surprised have not jumped yet, so my suggestion is if you want a personal copy you'd best buy them now.

*Please don't try to corner the market on any of these, as that's not what we promote here at Quiet Speculation. 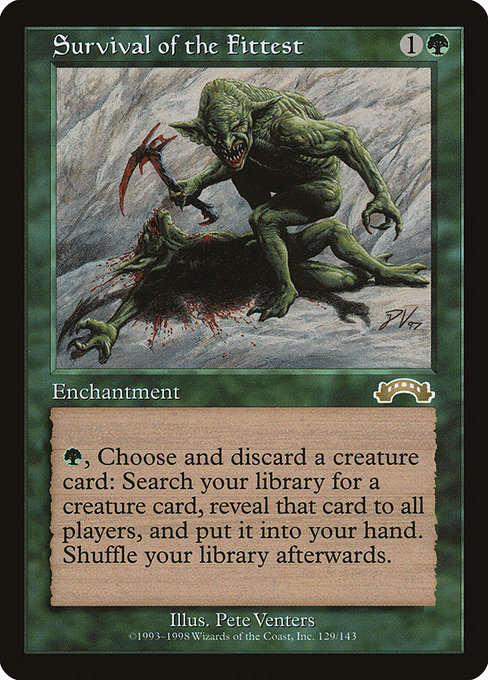 The buy-in for this card is already very high sitting at around $200, but the power level on this card is just absurd. It was one of the key pieces in the old RecSur deck of old type 2, which was a deck that utilized Survival of the Fittest and Recurring Nightmare to create powerful loops of creatures. With Recurring Nightmare banned in Commander and almost certainly never coming off that list, I wouldn't waste capital buying up copies.

Survival however is not only legal in Commander, it tends to find a home in many of the powerful green/x decks in the format. We all know how in-demand tutoring is in the format, so repeatable tutoring that happens to fill your graveyard is very easy to abuse. Survival is also part of the "Blood Pod" cEDH deck, which is one of the most powerful decks on the cEDH tier list. The one thing holding this card back is that WotC has printed a fair number of cards that while not as powerful serve as cheaper options for similar effects; namely Fauna Shaman and Birthing Pod. 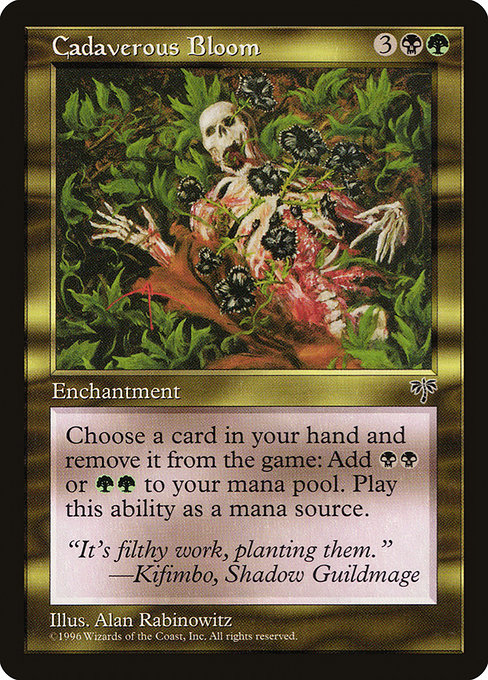 Another powerful card that was the backbone of the most powerful deck in standard at the time, ProsBloom. Cadaverous Bloom has already doubled up in 2020, but it went from $3 to $6. That being said, it is nowhere near as ubiquitous as Survival of the Fittest, but it is still very powerful. It is a powerful mana engine that doesn't have any close non-Reserved List options. It is limited to decks that run green and black so it isn't as easy to fit into decks, but it is extremely powerful and it is the type of card that could easily skyrocket with the right commander being printed. This is a card that I've picked up a fair number of copies over the years and just stashed away. 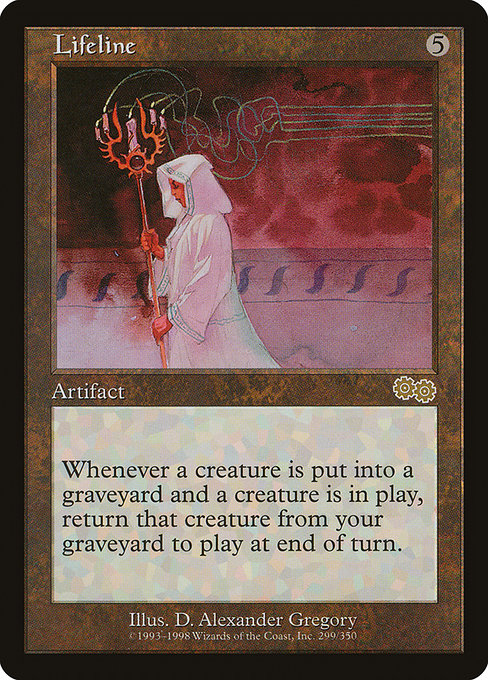 This is one of my pet cards, but also one I'm amazed hasn't been hit with the buyouts yet. Currently, it is sitting around $15-$22 range depending on condition and it is an artifact that is great in any deck that plays creatures that replace themselves. Its current price has been relatively stable since 2018 which tells me that there is plenty of demand for the card at its current price.

In all honesty, it was actually difficult to find even three cards that are on the reserved list, see some Commander play, and haven't already jumped significantly in the past year. I have put all 3 of the cards in various Commander decks I have built through the years and all three earned their right to be in each respective deck. Are there any that you think I missed? Please feel free to comment below.

One thought on “Insider: Other Side of the Coin”