Time Spiral Remastered, Magic's first remastered set to appear in paper, is scheduled to be released on March 19th, 2021. It is going to be a draft experience comprised of favorites from the three sets that made up Time Spiral block: Time Spiral, Planar Chaos, and Future Sight. Every pack from the set will include a timeshifted card featuring a modern card on a pre-Modern card frame. The set will include 289 cards from the Time Spiral block sets and will be sold only as Draft Booster packs and boxes.

These spoilers came out so fast that we decided that instead of my normal spoiler article, this time I'm going to do a highlight article instead and talk about the cards from this set I'm most hyped for. I'm going to break it down in WUBRG order, picking out the cards I'm most stoked on or that I think will make the biggest splash in the finance scene, and I'll be adding to my picks up until the set is officially released - so be sure to keep checking out!

If you've read any of my articles before, you've probably realized that I'm a huge Death and Taxes fan, so naturally, I'm pretty pumped to be getting some awesome Taxes pieces in Timeshifted style. 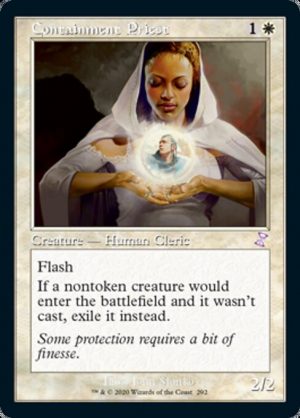 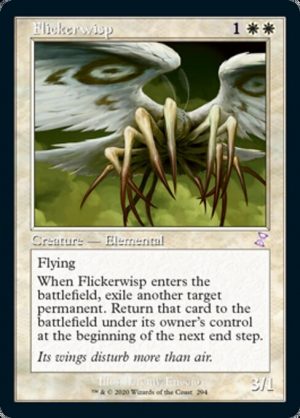 I have always been a fan of playing Containment Priest in the sideboard of both Legacy Death and Taxes and Legacy Goblins (when I was splashing white for mainboard Thalia, Guardian of Thraben) and I think this art looks super rad in the Timeshifted style. Containment Priest hasn't had a big price tag in quite a long time, but I imagine that foils of this version will continue to cost a pretty penny.

Flickerwisp is one of my favorite cards to play off of an Aether Vial, and I think the Timeshifted version looks super classy. All those wild legs look even more menacing on this version! 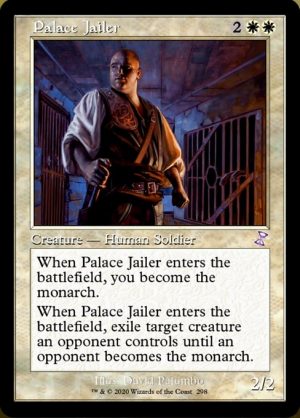 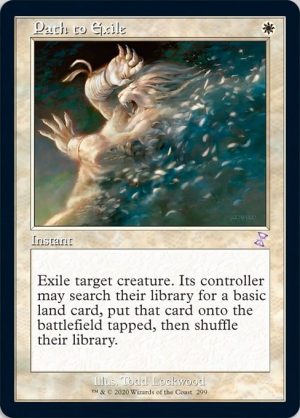 Palace Jailer is regularly at least a one-of in my Legacy deck, and I'm stoked to get a chance to exile my opponent's creatures with this new version once paper play resumes locally. Path to Exile is a standby removal spell for me in every format it's legal in, and I think Todd Lockwood's art looks fantastic with the Timeshifted treatment. This is another one I think will cost a pretty penny in foil. 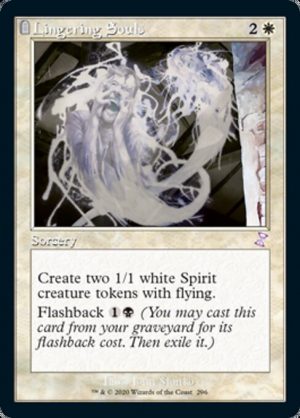 I know Lingering Souls isn't a Taxes piece, but it has been a favorite card of mine for a long time (my favorite LGS owner once gifted me with a copy of Lingering Souls but the Souls was crossed out and replaced with my name...) and I'm excited to get my hands on a playset of the Timeshifted version. I think the screaming souls in this version of the art really feel at home in the Timeshifted form.

It is pretty well known that I'm not much of a Blue player - but Time Spiral Remastered definitely still has some Blue cards that even I'm pumped for (especially the Timeshifted ones). 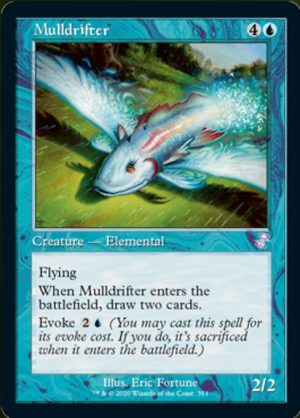 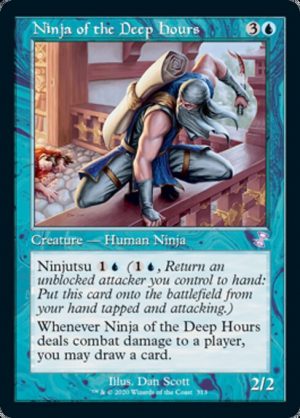 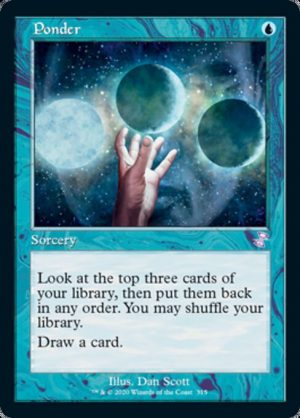 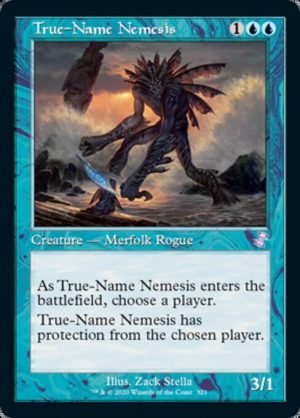 Both True-Name Nemesis and Ponder fall into the categories of Blue cards that I really enjoy playing and cards that look absolutely amazing with the Timeshifted treatment, and I know I'm going to be replacing my normal playsets with these!

I think black cards lend themselves particularly well to the Timeshifted style aesthetically, and I'm really crossing my fingers hoping to pull some of these in my box. 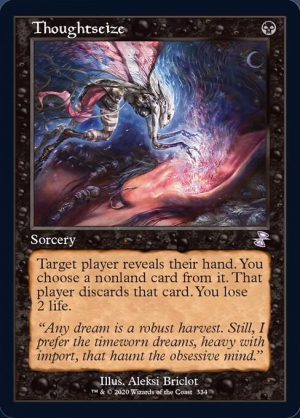 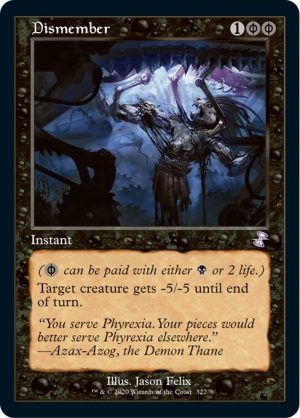 I definitely shouted a little bit in the office at my new day job when Chroberry sent me the spoiler for the Timeshifted Thoughtseize. I've always been a huge fan of Aleksi Briclot's gnarly Thoughtseize art, and I think it looks absolutely spectacular Timeshifted like this. It'll likely cost me a pretty penny, but upgrading my Thoughtseizes to the Timeshifted version is high on my to-do list when TSR drops.

Speaking of art that looks spectacular when Timeshifted, I think Jason Felix's Dismember really lends itself to the style. It's been awhile since I've cast a Dismember, but next time I do I definitely want it to be this version. 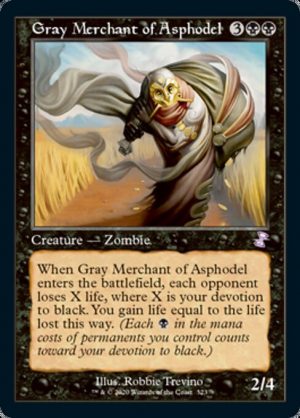 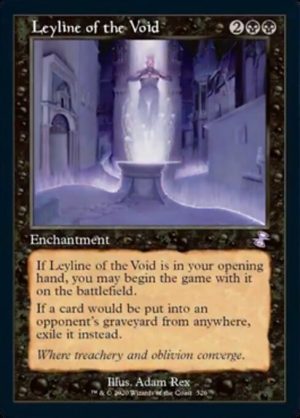 I never knew that seeing good ol' Gary with the Timeshifted treatment was something I needed until I saw the Gray Merchant of Asphodel spoiler - and wow, who knew a Theros card was going to look so good like this? After getting foil copies of the classic Leyline of the Void for when I'm feeling fancy and a playset of the new version, I didn't think I'd ever need any more of the black Leyline. This Timeshifted version proves me wrong.

After not getting any goblins in Kaldheim, I was blessed by Time Spiral Remastered! There's a bunch of cool goblins in this set that I'm looking forward to trying to force in a draft someday. 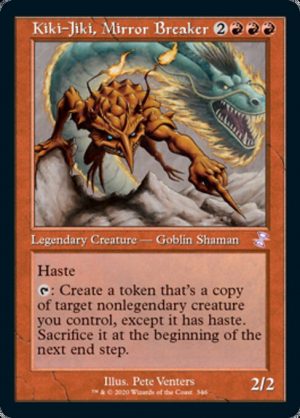 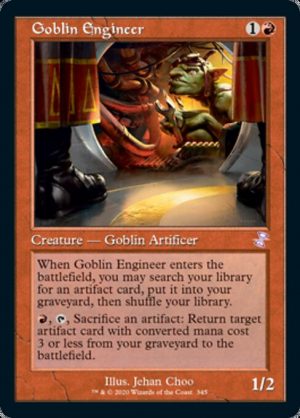 Kiki-Jiki, Mirror Breaker is one of the all-time great goblins and one that looks super fantastic with a little Timeshifted action. I have a lot of Kikis in my goblin collection, and I guarantee that the Timeshifted one is going to be joining them!

I'm not actually sure if I'm feeling the Goblin Engineer art with the Timeshifted treatment as much as all of the other cards that have gotten it, but it's a goblin so I still love it - and I think it's an interesting inclusion in the set. 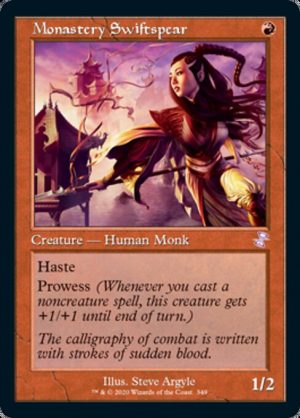 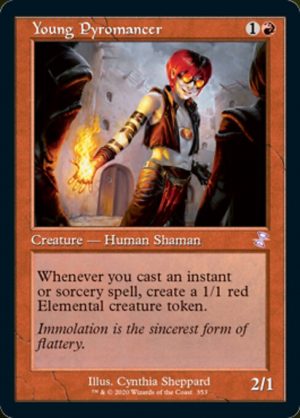 I know Monastery Swiftspear and Young Pyromancer aren't goblins, but they're two of my favorite red cards and I think they both look awesome with the Timeshifted treatment. I just bought a playset of the new Valentine's Secret Lair Swiftspears, and I didn't think I was going to be needing any more after that but I think TSR just changed my mind.

Green! The color of big monsters and crazy ramp spells, this looks like one of the most fun colors to be drafting when Time Spiral Remastered comes out. 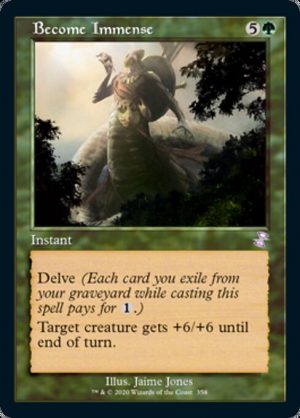 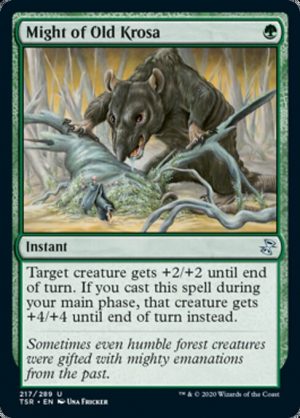 As a die-hard Modern Infect player, I was stoked to see two of my favorite pump spells getting printed in TSR. Become Immense is one of those cards I didn't think was going to look good when Time Shifted when I was told it was spoiled in the set, but holy cow I think it looks neat and will be going into my foiled out Modern deck. Might of Old Krosa isn't all that special of a reprint, but I love it and will definitely be drafting copies if I get a chance to draft this set. 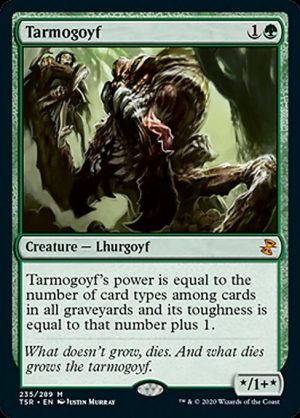 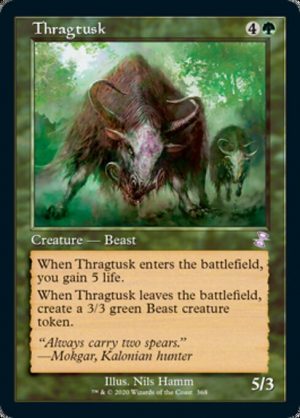 I wasn't expecting another Tarmogoyf reprint so soon, but it makes sense that it would appear in this set. I'm glad they used the old art for it, but this once sought-after card isn't going to be making many waves this time since it's been reprinted so many times in recent memory. Thragtusk isn't one of those cards I would have personally picked to Timeshift, but now that I see it I think it looks super cool! 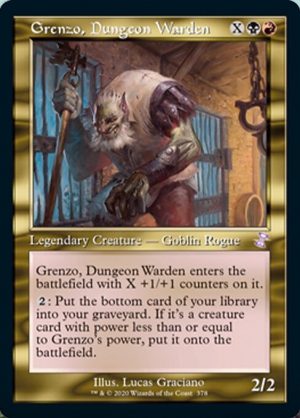 The general of my favorite Commander deck is getting Timeshifted! I'm a huge fan of Grenzo, Dungeon Warden and will definitely be replacing my current copy of my general with a foil of this version! 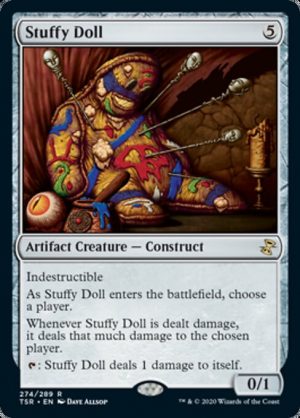 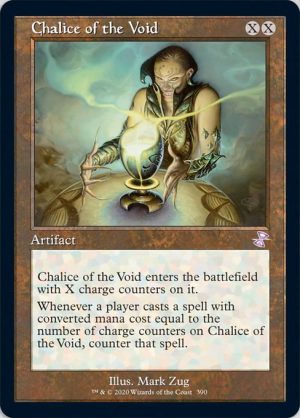 Stuffy Doll was one of the first cards I ever made a deck around when I started playing Magic right around M13, and I always thought the old art was super rad. It's not the fanciest inclusion in TSR, but I'm excited to see my favorite construct again! Chalice of the Void is one of my favorite lock pieces of all time and another card that just looks absolutely stellar when Timeshifted.