I want to preface this article by emphasizing that I think there is more risk than I typically find acceptable in my normal speculation. However, I also know that there are plenty of less risk-averse speculators who are more willing to gamble with their money than myself. After all, I am the type who when they go to Las Vegas for a MagicFest prefers to watch the people playing $10 blackjack hands and only plays the $1 hands.

The basis for this opportunity is the fact that WotC's printers seem to be very backed up at this time. With the new slate of products already in the pipeline, it already seems unlikely that some recent products will get additional print runs, even if WotC originally intended to produce them. Commander Legends is the big one that comes to mind currently.

While we have been told that it isn't a limited print run, the backlog at the printers may actually turn it into one. If this holds true, then there are definitely some Commander all-stars from the set which should continue to go up in value as long as they remain scarce. Looking at TCGplayer, there are plenty of boxes of Commander Legends available, though I'm not seeing any packs or boxes on shelves at any of my local game stores. 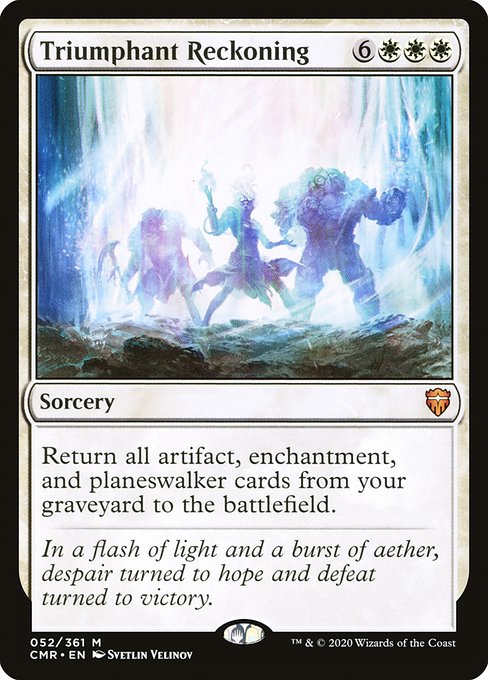 I am a huge fan of this card as a speculation target. Looking at this cycle of big mana mythic sorceries from CLG, Triumphant Reckoning comes off as the one most likely to outright win the game should it resolve. It has similar predecessors in Replenish and Open the Vaults, however, though both of those cards also returned an opponent's cards, which depending on opposing decks could make casting them a poor decision. Triumphant Reckoning on the other hand only returns from your graveyard, and even tacks on planeswalkers, which is a nice addition. Honestly, it blows my mind that I was able to buy a fair number of copies at near bulk mythic prices, around $0.6-$0.7 per copy.

I have previously written about my belief that people underestimate the rarity of the extended art cards from recent sets. The actual extended art, not the borderless, cards are only available in collector boosters and only in 1 (if rare or mythic) or 3 slots per pack if they are uncommon or common. Given that info, while I have picked up the regular versions, I am an even bigger fan of the extended art versions and foil extended art. Caveat: with any modern-day foils from WotC, the fear of "pringling" may be enough to keep some people away from these, though they do look gorgeous. 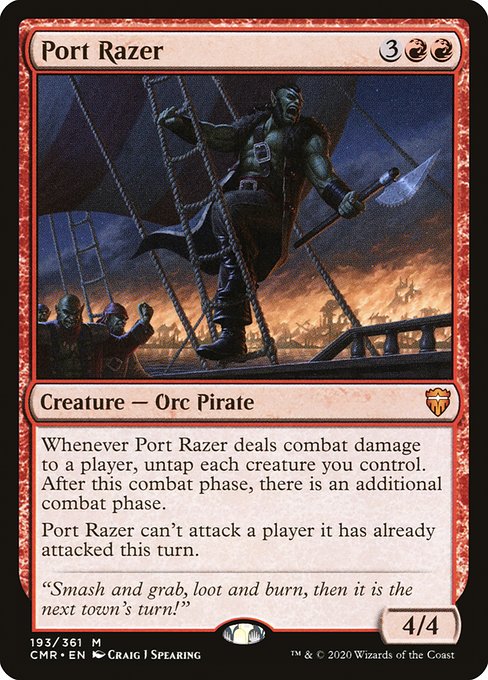 I honestly feel bad recommending this card yet again, just as I've already recommended Triumphant Reckoning, however, my previous points still remain valid and this card seems very under-appreciated at the moment. This card simply needs something like a Bedlam in play to allow an aggressive deck to go ham on the entire table. Many players may not remember the days when Hellkite Charger was a Commander staple and Port Razer gives you multiple combats without having to sink mana into it, though admittedly Port Razer can't go infinite without some additional help.

Keeper of the Accord 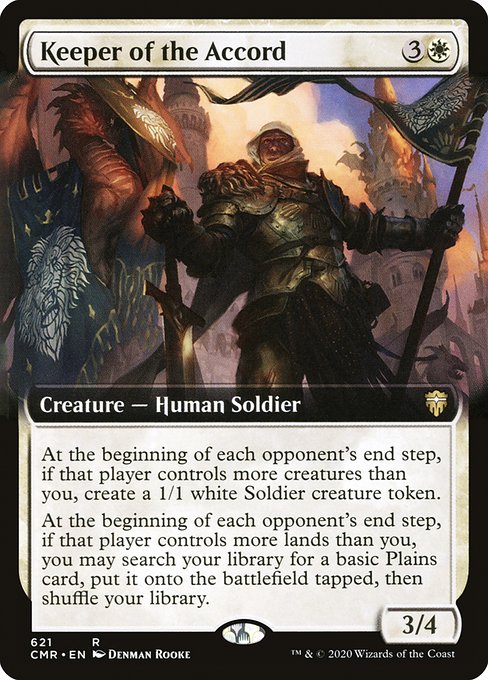 While this card can't be purchased online for anywhere near bulk pricing, cards that trigger multiple times per turn cycle are always something to keep an eye on. The second ability is the one that most people likely focus on as white typically has few ways to really ramp, so this type of card is crucial for white decks that don't include green. It's important to note that the extended art version of this card is already double the regular price and the foils are double that. 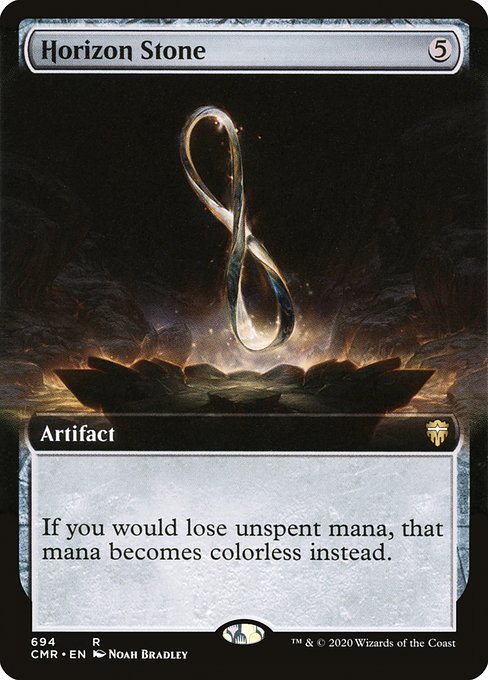 I honestly think this is one of the cards in the set that has flown mostly under the radar. Omnath, Locus of Mana was a powerful commander once upon a time thanks to providing the player with a unique way to ramp on future turns. Horizon Stone allows any color combination to use this type of ramp. The catch is that the mana becomes colorless. This is another one of those cards I like as an extended art or extended art foil thanks to the low buy-in price and limited quantity in existence. 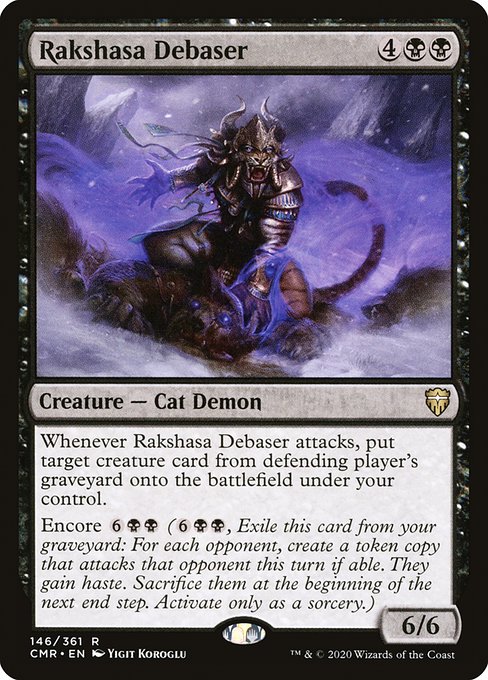 Admittedly, I haven't gotten a chance to really break this card yet, though it feels like it is the type of card that is either very good or very bad in many situations. Perhaps it is the optimist in me, but given how many Commander decks play out of the graveyard, this seems like a card I am likely to slot into most decks that play black simply for the amazing utility.

I'm a fan of all the cards on this list, enough that I've purchased multiple copies of all save Keeper of the Accord and that's only because it's the most expensive card on this list. I'll be the first to admit that I have been rather bearing on any and all MTG speculation the past year or two thanks in large part to the fact that my game stores have either been shut down or more recently have limited seating capacity which keeps players from playing in person.

Without that, I see no reason why there would be a strong desire to purchase actual cardboard when you can't play with it, however, as vaccination numbers continue to rise and game stores begin to open up, I wouldn't be surprised to see all the pent up demand push Commander staples upward.