Today's article was inspired by the recent price movement of Ovalchase Daredevil. I'll delve more into that card in a bit, but for those who buy up large amount of bulk, there are a lot of cards that often fly under the radar. I am a huge fan of buying up bulk as the price per card tends to be between $0.003 and $0.004, which is almost nothing. When you consider that a typical box of MTG cards retails for between $95-$110 and that in that box you will get; 32x rares, 4x mythics, 108x Uncommons, 360x Commons, and 36x lands per booster box, it means that it takes a little over two booster boxes to get 1000 bulk cards – not bad value for something that is often purchased at $3 to $4 per 1000. 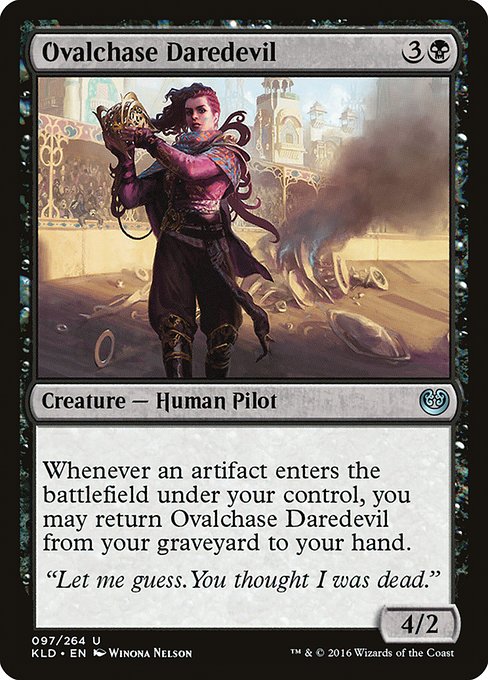 This card went from a bulk uncommon to around $1 thanks largely to the new Urza's Kitchen decks in modern. This U/B deck gets to utilize a food engine using both Asmoranomardicadaistinaculdacar and Urza's Saga  to tutor up The Underworld Cookbook, which allows you to discard Ovalchase Daredevil to get a food, which then brings the Daredevil back to your hand. These food tokens allow the construct token created by Urza, Lord High Artificer to be extremely large and also serve as a way to keep the player alive against heavy aggro decks. 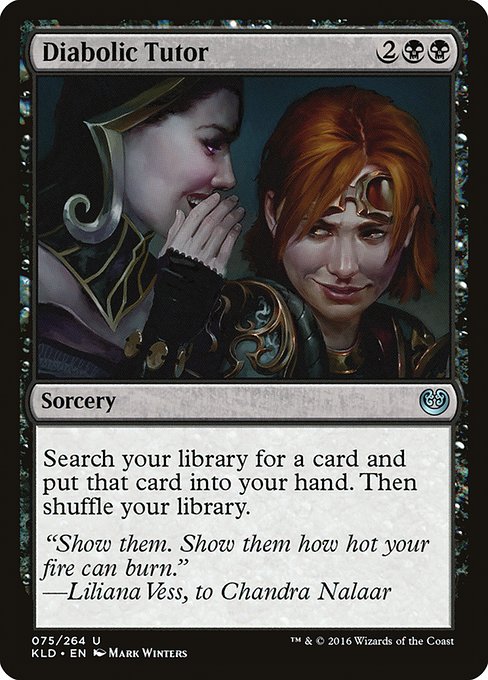 Despite numerous reprintings and the fact that this card isn't actually played in more competitive Commander decks, it still tutors up anything just like a Demonic Tutor, but it only costs $1 instead of $20+. It's a great budget option for less competitive or cost-restricted decks.

Interestingly these are the only two uncommons from Kaladesh worth more than $0.75 on average. Blossoming Defense used to be the most valuable uncommon from the set, but a four-of printing in the Counter Surge challenger deck, obliterated its price. That being said, I do have a few uncommons from this set on my "watch list", which means I pull them from bulk when I see them and set them aside in a box. 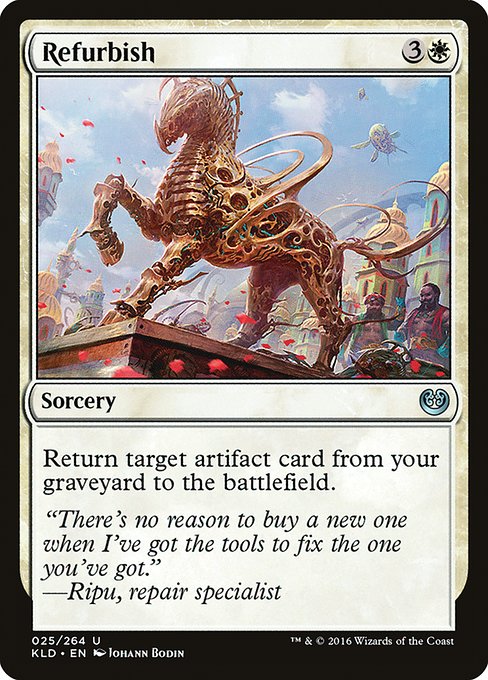 The additional printing in the Mystery Booster set definitely hurt this one's potential; however, it's one of those cards that just gets better the bigger the card pool is, as its options continue to grow. This is the type of card that should some ridiculously broken artifact be printed that can easily be dumped into the graveyard, it could easily jump to $2. 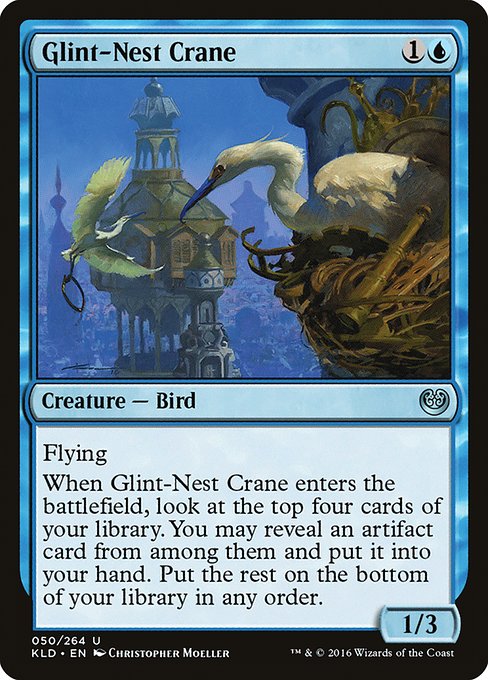 While I don't think this card has anywhere near the upside of Refurbish, the fact that it's a well-costed flyer that can often net you a card means it is better than a good number of other 2 drops. The new artifact lands introduced in MH2 means it can now find lands outside of Darksteel Citadel, which is a significant boost to its potential playability.

Aether Hub ended up in 2 different challenger decks; a 4 of in Counter Surge and a 3 of in Vehicle Rush; which really hurts potential growth. However, a one-use rainbow land that can be refilled with any card that provides energy and doesn't come into play tapped can still be a powerful option for many decks. In addition to the challenger prints there also happens to be an FNM promo card with different art which is currently sitting under $0.5. While this article is meant to focus on Kaladesh block, I think the best option for Aether Hub would be the FNM promos as there are likely far fewer of them in the wild and the new artwork looks good. 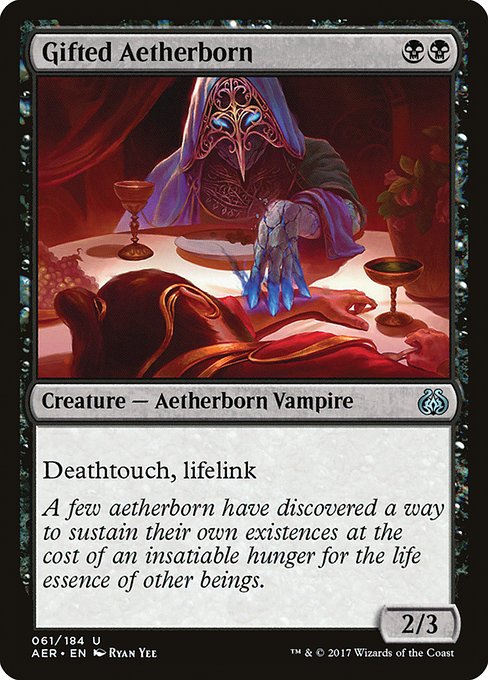 I'd say this card surprises me, simply because it's already been reprinted 3 times and still sits around $1; but Vampire Nighthawk was buylistable for $0.5-$0.75 for several years until it finally got reprinted into oblivion. Casual players love the combination of Deathtouch and Lifelink because it plays really well against aggro strategies with the constant lifelink and the ability to trade with any creature. 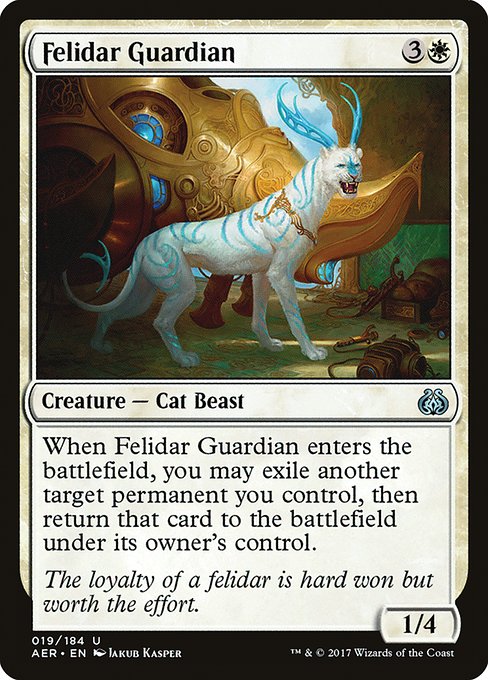 This card was good enough it was banned in Standard and it just gets better with every Planeswalker or permanent with an ETB ability. It has already been reprinted once in Mystery Boosters, so sadly the ceiling is lower than it could have been. Still, it's important to remember that Aether Revolt was a relatively unimpressive set. It's also good to know that because it was banned in standard it never made it into any Challenger decks, which have been the bane of Kaladesh uncommon price ceilings. 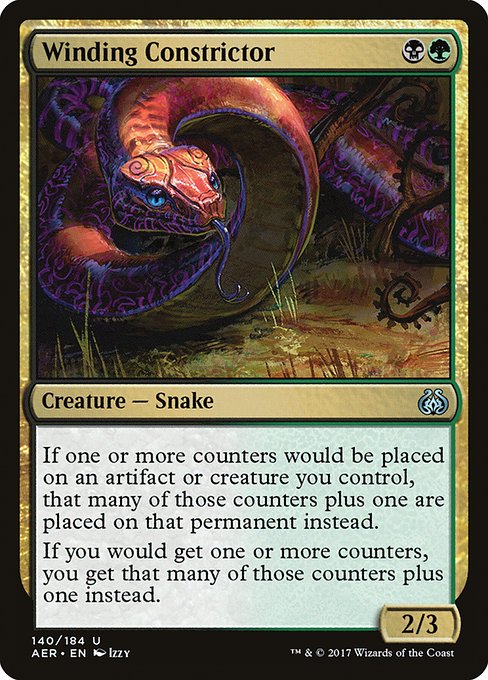 Unfortunately, for us speculators Winding Constrictor was reprinted as a 4 of in the Counter Surge challenger deck. It was also included in the Mystery Booster cards, so again the price ceiling is pretty low for this one. All that being said, passive "adding counters" abilities on cards can be very powerful and this archetype also tends to have a strong casual following.