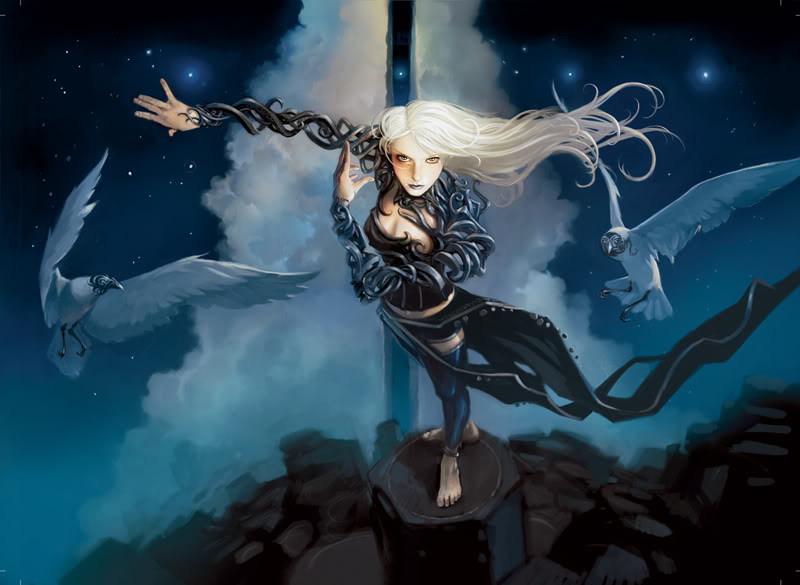 Shards of Alara block is one that is near and dear to me. I took a hiatus from Magic: The Gathering from my senior  year of high school through my college years, so I missed out on quite a few sets. The last set I really played was Judgement. When fresh out of school I moved to Baltimore and started my new job, I was far away from my parents, and had only one friend from college who lived in the city. My solution to make new friends was to dip my toe back into the realm of Magic.

I looked up stores in the area and found one called Games and Stuff (which is a fantastic store if you happen to be in the Glen Burnie, MD area). I hadn't done much limited before, but the night I showed up happened to be a Shards of Alara draft. My first pack had a Tezzeret the Seeker and I built a mediocre Esper artifact deck, partly thanks to another player in the same draft having pulled a Sharuum the Hegemon. Even with a poor record, I had fun and made the store my go to place to enjoy Magic for the year and a half I lived in the area. The experience also made me fall back in love with Magic all over again and here I am 13 years later writing about it.

The other reason I'm excited to write about Shards of Alara, is that it was the last block before Zendikar and the explosion of Commander or  Elder Dragon Highlander (EDH). The success of both Zendikar and the Commander format caused the Magic playerbase to grow immensely. Zendikar block and Magic as a whole began to have much larger print runs, making Shards of Alara block the last block with a smaller print run. This means cards Shards block are much rarer than newer cards with the same rarity. Shards was also the block which introduced the Mythic rarity, which is a subject for another article.

Throughout much of Magic's history we never had a name for tri-color combinations. Shards of Alara solved half the problem, defining the shards of Esper, Grixis, Naya, Bant, and Jund. It would be another six years before the release of Khans of Tarkir completed the cycle. While, I enjoy strolling down memory lane from time to time I know that members of Quiet Speculation want to know about financial ramifications, so without further ado: 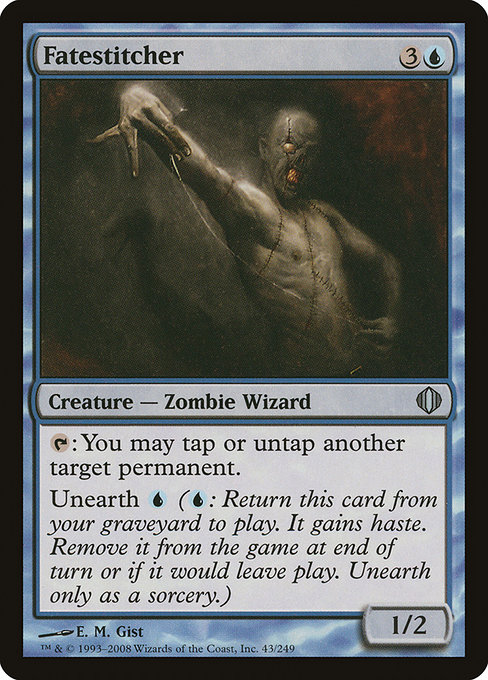 Fatestitcher's value is heavily tied to the viability of the Jeskai Ascendency combo deck in modern. The cheap Unearth cost on this card and the fact that Unearth also grants haste, means this has the ability to quickly untap a land, and with Jeskai Ascendency out allows the deck to "go off" out of nowhere. Fatestitcher is a four-of in the deck. With no reprints, there are likely fewer of these in supply than many newer bulk rares. This card is currently sitting in the $3 range and an all time high of $4.50, however, if something gets printed that makes the Jeskai Ascendency combo deck more consistent and/or allows it to drop green, it could easily be a $5+ card again. The biggest issue the deck has is that it has to run 4 colors because green's mana dorks are so critical and there isn't another creature like Fatestitcher to provide redundancy in the mana production department. 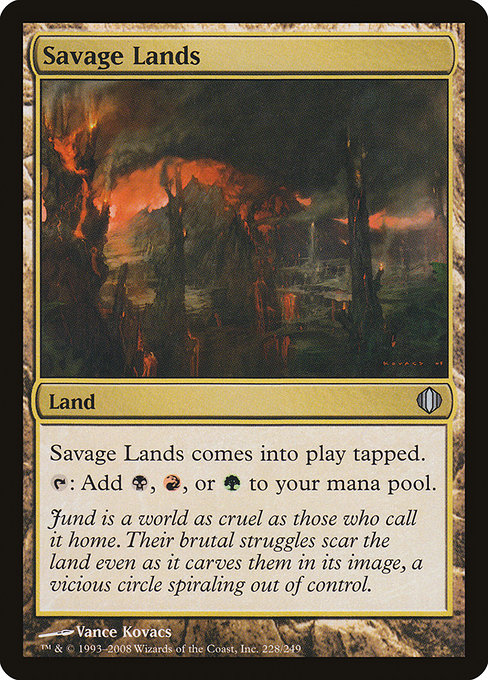 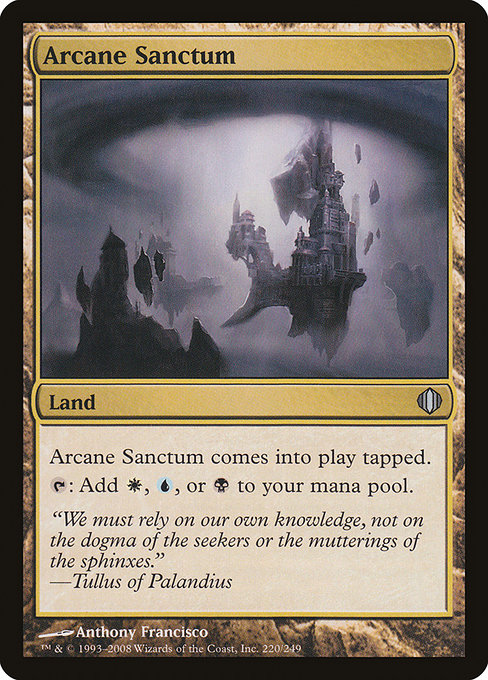 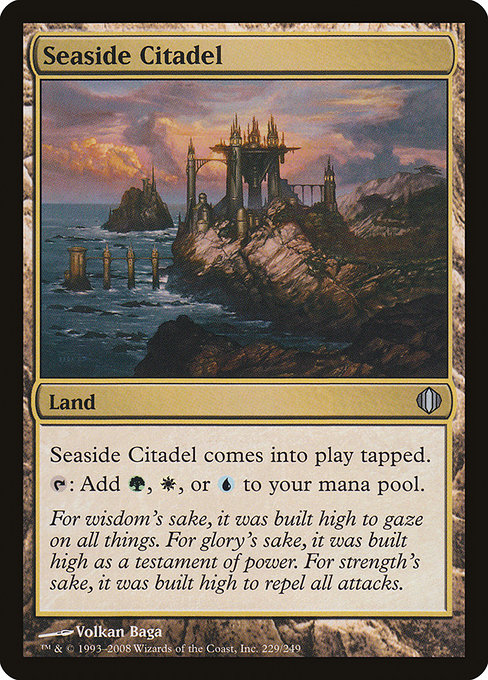 Of the five tri-lands, these three have a market price above $1.49, even after numerous reprints in various Commander products. Prior to their first reprinting, all the tri-lands in the set were $2+ cards. I always pull them out when sorting through bulk, but I don't think there is much that can cause these to ever regain a foothold in the $2+ range again. 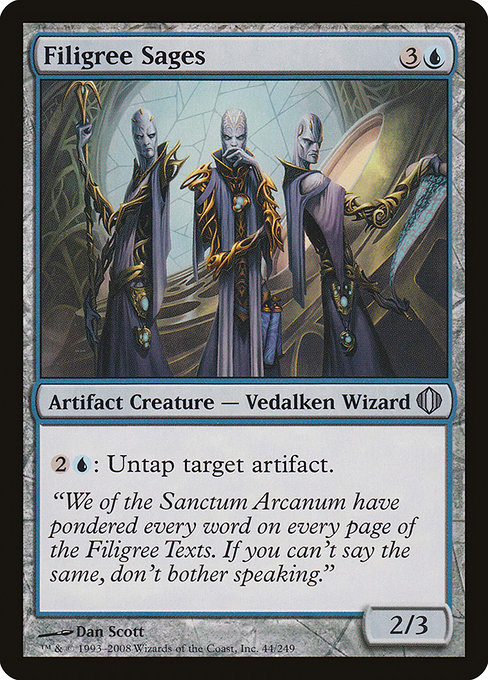 Filigree Sages briefly spiked in price when people realized it combo's with Chromatic Orrery to make infinite mana and infinite card draw. It has since dropped back down in price, but the ability to untap artifacts without tapping itself is ripe for breaking, and I could easily see this card spike again the next time some broken mana producing artifact is spoiled. 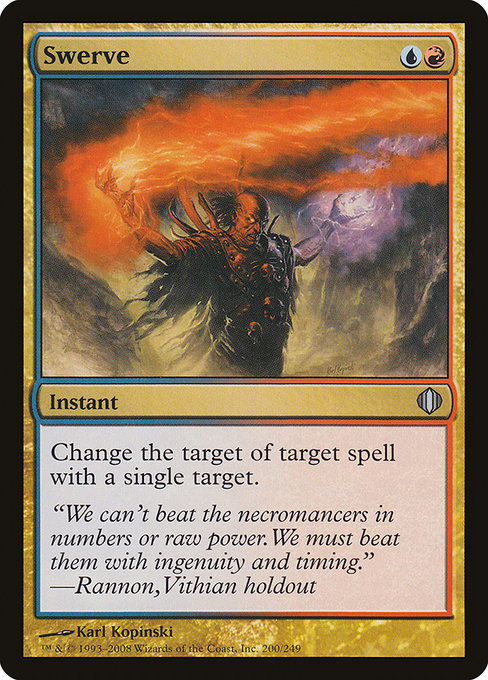 We have a lot more cards with this effect now, but there are plenty of players who love turning an opponents big play against them and with only a single printing I could see Swerve breaking out of bulk at some point. 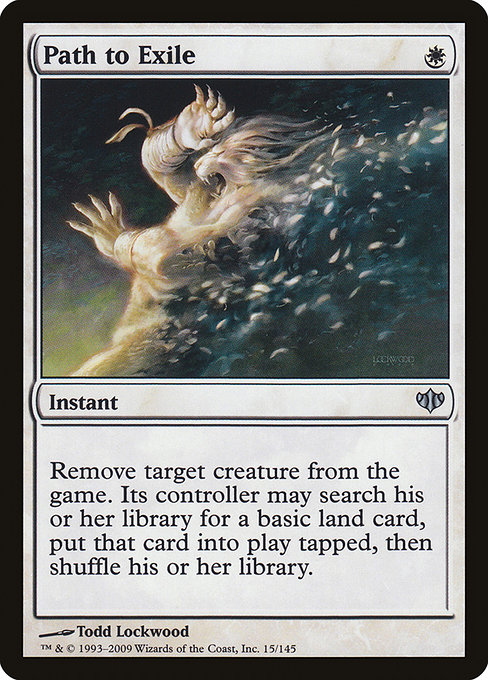 I don't need to delve into why this is a valuable uncommon. it is still the best removal spell in modern, and that is reflected in its price despite numerous reprints. 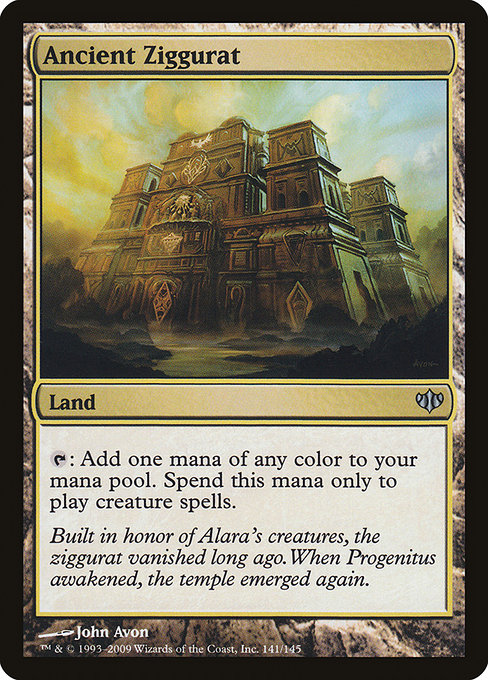 This land's value is heavily tied to the playability of the Modern Humans deck, as that deck has arguably the greediest mana base in Modern, often running two or fewer basic lands. Ancient Ziggurat has also found a home in the Modern Elementals deck, but that deck is less proven. 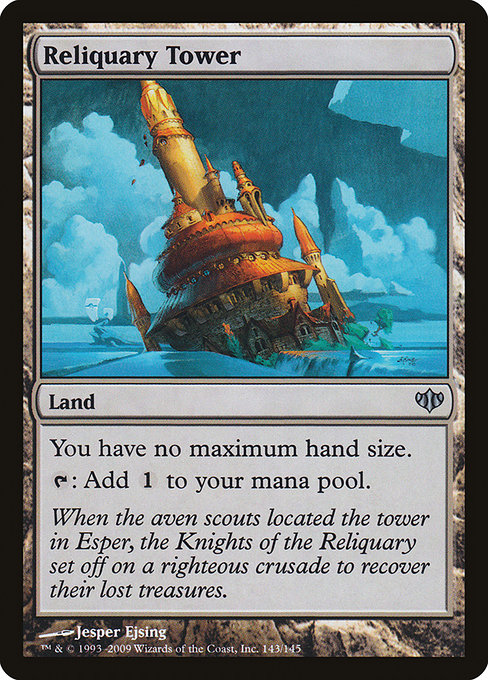 Reliquary Tower is arguably the second most obvious auto-include in Commander decks. It has been reprinted into oblivion, 14 times to be exact, yet is still worth over $1.49. 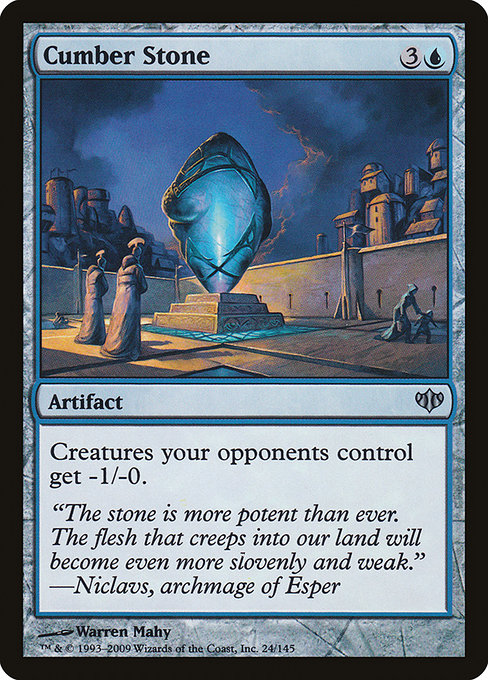 While Cumber Stone seems pretty unassuming, the fact that it effects all opponents' creatures and not your own, is a blue artifact, and is only four mana, seems like it could find its way into a deck at some point. I wouldn't suggest going out and buying a bunch, but it is a card I pull out of bulk when picking. 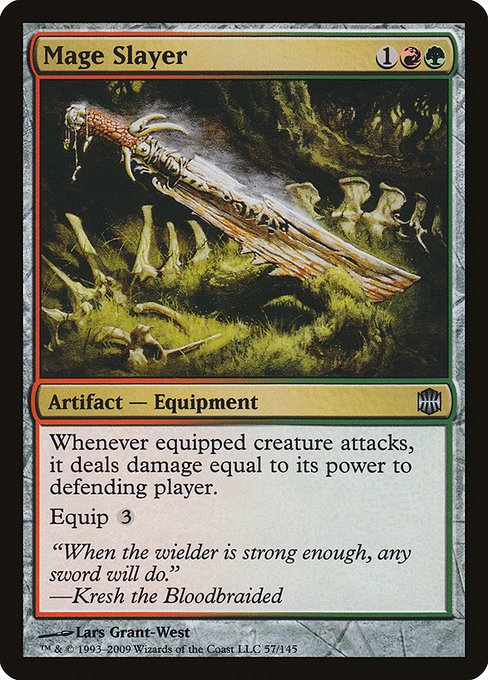 Mage Slayer is a unique and powerful equipment that finds a home in aggressive Commander decks that can play it. With only a single reprint as a one of in the Elemental Thunder Planechase deck, it's not one you find in bulk all that often. 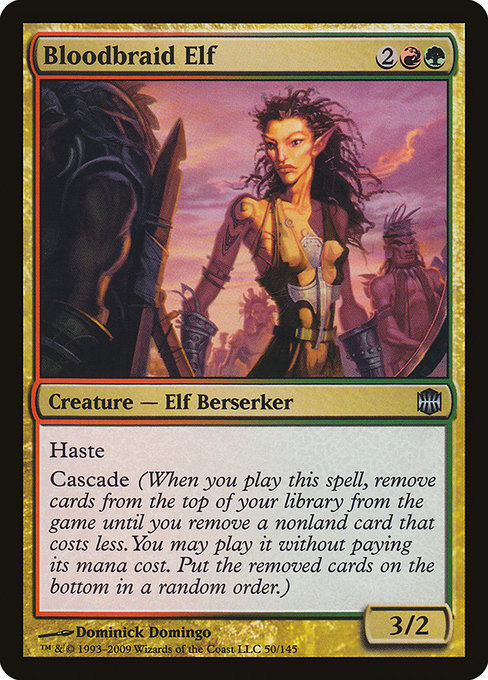 Bloodbraid Elf was a house when it was in Standard, and was so good it was banned in Modern for five years (2013-2018). Now legal in Modern, it is still a powerful card that sees play in multiple decks. 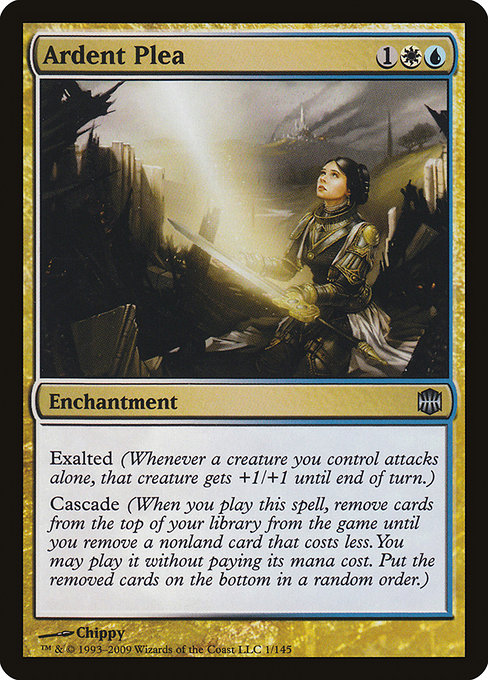 Cascade has proven to be a broken mechanic, so all the cheaper cascade cards have tended to be worth money, especially ones that can be cast on an empty board, and Ardent Plea is no exception. 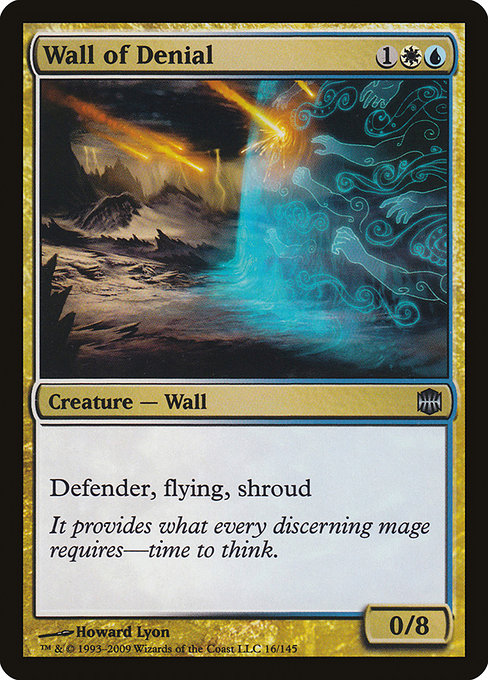 There are plenty of people who like Walls and  love to build Wall decks. This is a must include in any Arcades, the Strategist Commander builds, but I'm honestly surprised it has maintained it's non-bulk price as interest in that deck has waned considerably since Core Set 2019 debuted. 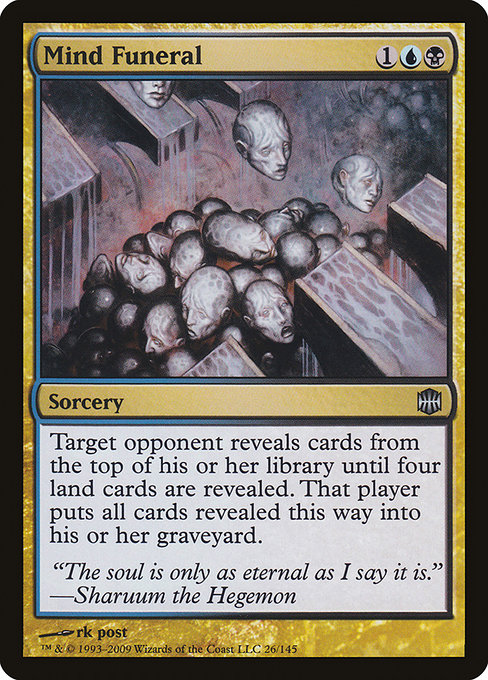 Good mill cards will always have some value thanks to the multitude of people who love that archetype. Mind Funeral is sitting above $2 even with reprints in Modern Masters and Mystery Booster. 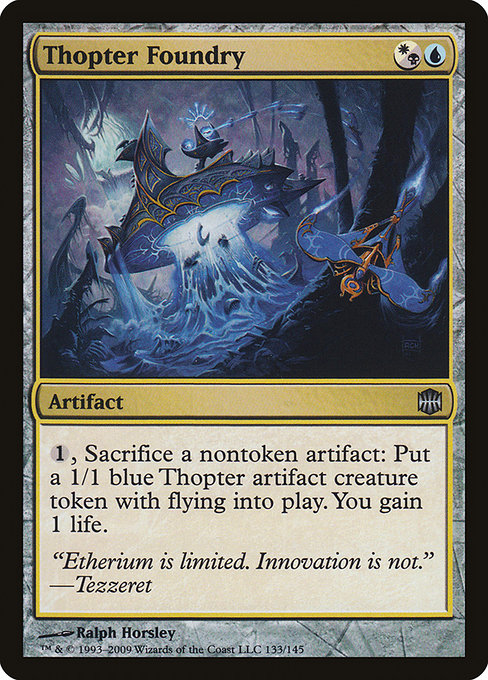 This is a a pet card of mine, but the fact that this card is under $0.5 when at one point it hit almost $9 seems absurd. While no one has managed to actually break Thopter Foundry/Sword of the Meek in Modern it's a solid finisher option in a control style deck. The recent reprinting of this card in both Double Masters and Mystery Booster has definitely lowered the price ceiling, but one good showing and it's a $3 card again. 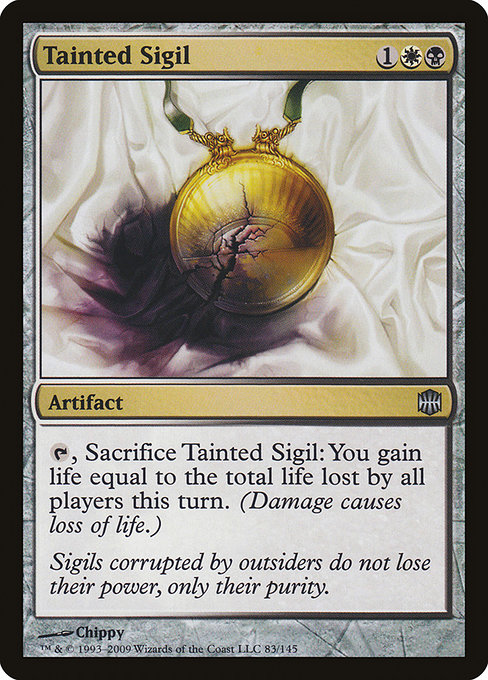 B/W lifegain decks are popular at Commander tables, as lifegain has always been a favorite of many casual players. Tainted Sigil has only the one printing, and with multiple cards now that drain opponents when you gain life, it seems like it could easily serve as a good finisher in those decks. The fact that you can activate it the turn you cast it means it can kill the whole table out of nowhere. 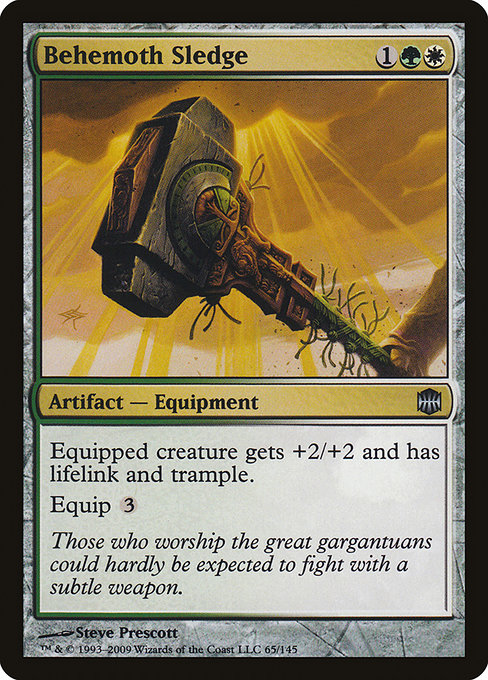 While good ol' Behemoth Sledge has been reprinted four times, three of those were Commander decks and one was a Duel Deck. While its color restrictions make it less playable in many Commander decks, I remember when Loxodon Warhammer was a $3 card solely due to Commander demand. Lifegain and trample are powerful abilities and the increased strength and toughness of Behemoth Sledge often allows your creatures to trade up.