Today I wanted to share some of the ways that I build my Commander decks, both casual and competitive. While I have talked about my deck design philosophy before, this article is about some of the nuts and bolts aspects of deck design. Grab a coffee, popcorn, or wrench, and let's begin!

I Have an Idea 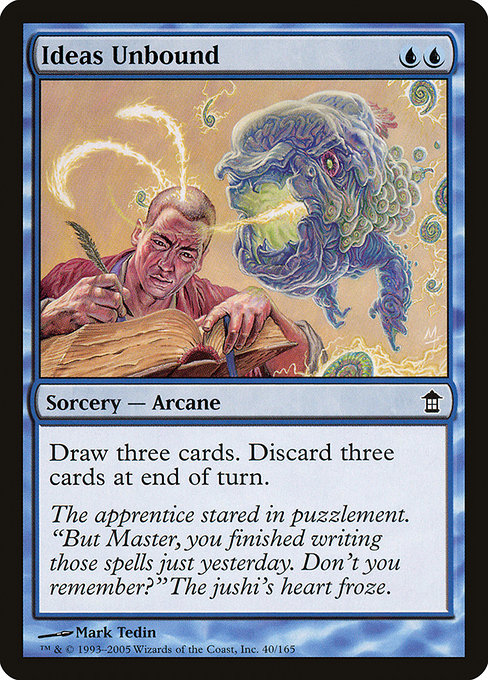 I say these words two or three times a week. Maybe the spark is from seeing new cards that can upgrade an already existing deck. Sometimes it's seeing Commander in a new light that could open up a new way to play an existing deck. Other times it's a brand new commander that will have a totally unique game plan; those are usually my favorite. Once I have decided to build a new deck, there's just one question I need to be answered before I can really get to deckbuilding.

Next, I need to know if this deck is going to be used for tournament play or tournament practice, otherwise, I consider it a casual deck. This choice alters my design philosophy on every card. Every choice, every include, must be scrutinized not only for power and synergy but also for meta if it's a competitive deck. If I know there is a lot of anti-blue hate in most local decks, it's going to steer me away from blue whether I think blue is great or not.

On the casual side, it's entirely the opposite. I don't really care what people are playing, what the local meta is like, or if a card is powerful enough to make the cut; I have played decks based on artwork, people. My only goal in a casual match is to interact and get everyone involved and maybe to get a win with Triskaidekaphobia.

Once I've chosen that, it's on to the next step.

In terms of competitive, replace "theme" with "wincon" and you have the same idea. Here the idea is balancing the speed of a win with the consistency of achieving that win while also being mindful of the other players attempting to do the same thing. There are a massive number of budget decks and degenerate decks that have a deterministic wincon on turn five. Given a great opening hand there are plenty of Commander decks that can win on turn two, three, or four. But, how often will it resolve into a win? Focusing on the competitive side of deck design seeks to balance these factors.

On the casual side, again, none of this truly matters. Typically, I don't include too many ideas of a wincon in casual decks. That does not mean I can't win, it just means it's not a priority. If a commander is a 5/5, that's potentially five attacks to end the game; most of the time that sounds fine to me. What is the point of trying so very hard to end the game sooner? As long as most of the time everyone gets to tap lands, cast spells, and play Magic for longer than they are shuffling it's likely to be a fun table. Occasionally someone will "Happy Birthday" into a win and that's all right.

The main draw here for a casual deck is showing the synergy and theme of every card in the deck, even if that reduces win percentage. Playing a dragon deck and resolving a Crux of Fate for non-dragons just feels so much better than casting Toxic Deluge and wiping the board for three mana. One is definitely more efficient, and one is definitely more memorable.

Sometimes I grab stacks of cards while in the process of deckbuilding. I feel that it can help get the creativity going if you're stuck. Some other great tools I've used to help are Magic Workstation, Cockatrice, and LackeyCCG. I find that these programs let me make large "piles" quickly and see interaction, synergy and do basic counts very quickly. In just a couple of seconds I can filter all multi-colored merfolk that have flying to see my options and including a "maybe board" takes up no room, digitally speaking, whereas my kitchen table could never be big enough. 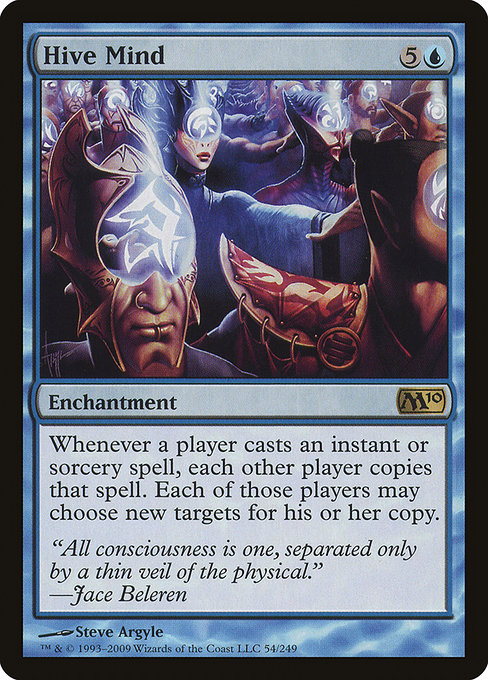 If I feel like I've looked through enough cards and have a deck more or less constructed, then and only then do I go to EDHREC, cEDH Decklist Database, MTGDecks, or any of another dozen sites to get thousands of second opinions. I think this is a very important detail. If you seek out what others are playing before you yourself try to build, you risk denying the unique take you had on the deck. For casual play that is a sin of the highest order!

For competitive, though, it's exactly the opposite. You should be able to say that you know your version is better for running Brainspoil because it's an uncounterable tutor but also sometimes a removal spell and that may be a significantly better card in your local meta.

The Final Step to Deckbuilding

In a word: PLAY! It's extremely important to get out there and play your deck! Every Magic player has had the experience of, perhaps, not remembering to put basic lands into their deck, forgetting one card of a two-card combo, or otherwise making some form of basic human error. The solution here is to play so you can work out the kinks. If you can play online, great! Solitaire? Works all right but not ideal. Have a friend, roommate or SO that plays? Awesome! Test your deck; you might be surprised at how great or terrible some of the cards turn out to be and you may have made a fundamental error somewhere during the deckbuilding process.

All right, you've built your deck and tested it out. Now, armed with field data, it's time to refine your deck. What cards worked, and which ones failed? Is your wincon too slow, or too hard to protect? Did anyone laugh at your boat puns? These are all data points that steer your decision-making when going over the deck. This continual process of refinement is what keeps Magic players interested in Commander, whether they are competitive or casual. Note, however, how I said refinement and not upgrading or improving. For a casual deck that turns out to just be too powerful, refining the deck can mean tuning it down.

The Next Big Thing

It's Kamigawa: Neon Dynasty. More and more cards are being spoiled, daily. I'm already expecting cards for multiple Commander decks. Edric, Spymaster of Trest leads my team of unblockable creatures; Ninjitsu won't be hard to pull off. My new Millicent, Restless Revenant pure spirit tribal deck would love new bodies and mechanics. Let's not forget one of the most powerful equipment cards for many years Umezawa's Jitte could return in a new, powered up for 2022 form!