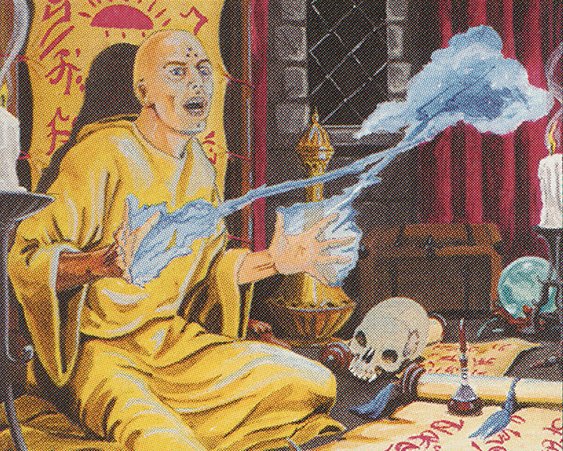 The Battle to Control Hasbro, Wizards of the Coast, and Magic's Future

This week, Alta Fox Capital released a letter to Hasbro shareholders nominating five candidates to the company's Board of Directors. Alta Fox believes Hasbro "is severely undervalued and a perpetual underperformer due to its ineffective 'Brand Blueprint' strategy, flawed corporate structure and consistent misallocation of capital."

The move comes after what Alta Fox describes in the statement as "Years of disappointing results, poor governance and questionable disclosure practices under the 'Brand Blueprint' strategy."

Who Is Alta Fox Capital?

Alta Fox Capital is an alternative asset management firm that identifies itself as a "top 10 shareholder" in Hasbro. According to CNBC, they have a 2.5% stake in the company worth around $325 million.

What Is Alta Fox's Position?

In addition to its move to put friendly members on the board, Alta Fox is calling for Hasbro to spin off Wizards of the Coast into a separate company. It believes Wizards is the strongest performing part of Hasbro, and has a business model quite different from Hasbro's traditional toy and entertainment segments.

In a 100-page investor presentation, Alta Fox says it is partly this misunderstanding of Wizards' model, combined with what they describe as "poor disclosure and investor messaging" on the part of Hasbro, that has led to Wizards being "significantly undervalued" within the company as a whole. "We believe the Board’s poor financial transparency with investors has resulted in low consolidated multiples being ascribed to Hasbro’s entire business," they write.

It's almost impossible at this point to imagine Wizards of the Coast without Hasbro. Hasbro purchased the then independent company in September 1999 for $325 million, and has overseen them for more than two decades. In fact, Wizards has become a key verticle of Hasbro's business, one that is arguably propping up the parent company. In their "Hasbro, Let Wizards Go" video, Alta Fox's Connor Haley says that his group estimates Wizards of the Coast makes up approximately 71% of Hasbro's intrinsic value. Alta Fox's Investor presentation sums up their view of Wizards as follows:

We believe WOTC is an exceptionally high-

Why Spin Off Wizards?

Part of the problem Alta Fox cites as an example of the current Board of Director's mismanagement is their belief that the Board "runs WOTC like a cash cow and reinvests its cash flow into funding highly speculative investments," rather than investing that money back into the company. They provide several examples of these speculative investments in their Investor Presentation. These include the purchase of outside companies and the use of Wizards resources to develop other Hasbro-owned IP projects:

"We believe the Board’s obsession with Hasbro’s lower quality Consumer business has plagued WOTC’s ability to invest in the long-term health of its brands," Alta Fox writes.

Alta Fox argues that in addition to this gross mismanagement, change in leadership is needed at the top to address excessive executive compensation that has come at the expense of the health of the company, and of its shareholders. Alta Fox contends that in the last five years alone, while the company was underperforming, Hasbro "senior leadership and directors…received more than $180 million in compensation…exceed[ing] that paid to the board of directors of Apple, Inc. and many other world-class companies of greater scale and with superior results."

Who Are These Board Nominees?

With the goal of a spin-off of Wizards in mind, Alta Fox seeks to put five nominees on the Hasbro Board. Most notable among these nominees are Matthew Calkins, founder and CEO of enterprise software company Appian and an award-winning board game designer, and another man who perhaps needs no introduction:

I’m excited to have been nominated by @AltaFoxCapital to be a director for the @Hasbro board. As a lifelong Magic player, I’ve appreciated what WotC has built while also seeing what could be improved. We’d love to hear your ideas too. Visit https://t.co/ONNNXa2d0d pic.twitter.com/fD665YkEK7

There was a time when Jon Finkel was the face of the Magic Pro Tour, and he's immortalized on the original printing of the card Shadowmage Infiltrator. A Hall of Famer, and arguably the best player ever to play the game, Finkel pivoted from his success in Magic into a successful career as a managing partner at an investment firm. Of all the nominees put forth by Alta Fox, Finkel is the clear face of the movement. His involvement is sure to resonate strongly with players.

What Is Alta Fox's Plan?

The primary push from Alta Fox is to spin Wizards off as a separate company. In addition to that stated goal, the rest of their stated goals on their website https://freethewizards.com/our-ideas/ include:

"We believe WOTC’s long-term growth and margin profile would markedly improve as a standalone business," they write.

What Does This Mean for Magic?

According to Alta Fox, "as a standalone entity,...WOTC would be more focused on developing its core IP and have a much clearer path to margin expansion." Alta Fox sees Arena as a central component to achieving these goals. "If executed correctly, we believe Arena could more than double WOTC’s revenues today while continuing to drive growth in paper." In conjunction with a strong focus on Arena, Alta Fox highlights several key areas they see as important to the Wizards customer base. They include:

In addition to these corporate changes, and changes to Wizards core IP products like Magic, Alta Fox has other details and ideas they plan to share closer to Hasbro's annual shareholder meeting, which should take place in May 2022.

Reaction to the News

The news of Alta Fox's board nominations have had mixed reactions in the community.

I'd feel more confident investing my time & money if I knew that Jon was involved in the long-term decision making https://t.co/w7t91XpP9t

My initial thoughts on the board of directors fight at Hasbro/WotC is that I don't trust capitalists, period.

I don't trust Hasbro, but I also don't trust that these other guys are better, especially since their presentation seems aimed at A Certain Type of Player.

Jon on any board involved with Magic would be amazing. Also Hasbro spinning off Wotc is a really good idea. Hasbro's resources undoubtedly helped Magic grow 20 years ago, but now Magic produces enough of its own resources and I dont think Hasbro seems to understand magic well. https://t.co/EdmD09PrBa

Look, I know everyone says hedge funds are nine or ten figure monoliths with a fiduciary responsibility to maximize profits even at the long-term expense of a corporation they ostensibly have a position in but what if I like one of the guys involved?

In a press release acknowledging receipt of Alta Fox's letter to shareholders, Hasbro stated that the company "engages in regular communication with its shareholders and welcomes constructive input to further the best interests of all shareholders." They acknowledge having held meetings with Alta Fox regarding the company's business strategy, and say that "The Board and management team believe Hasbro is on the right path to deliver sustainable growth for shareholders."

This is a developing story, and we will likely have to wait until May to hear more concrete details from Alta Fox about their plans and their intentions. I've tried to keep my own opinions out of this, and focus on the facts at hand, but I'm interested to know your opinion. Do you agree with Alta Fox's assessment? What do you think Hasbro/Wizards should do to improve their profitability, and their products?

I've done my best to distill Alta Fox's letter to investors, their Investor presentation, the details on their website, and Hasbro's response into a single article. I'm interested to hear if you found this article helpful, or what I could do to improve it. I may have a follow up as more details become available, and will update this piece with any corrections, or to fill in any accidental omissions that make have occurred on my part trying to condense all this down into a single article. I look forward to reading your comments here and on Twitter.