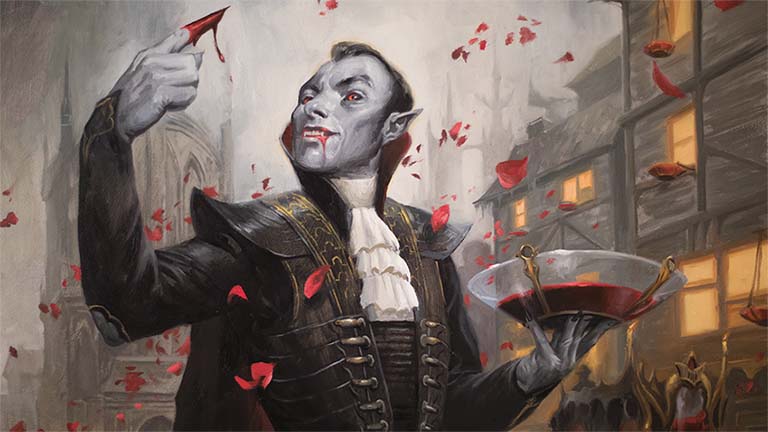 Hey there gamers, do you like value? How about vampires, ninjas, and dragons? Well then, do I have the deck for you! This past weekend was the Kamigawa: Neon Dynasty Championship, which saw a ton of challengers bringing fascinating decks to the table for Arena's digital-only formats, Alchemy and Historic. Of note, Jim Davis made it through to the top eight without losing a single match, thanks to his unique brew of Grixis Midrange. This deck was on no one's radar, but it certainly should have been.

Equivalent Exchange, but with a Two-for-One Special

Nearly every slot of the deck creates some sort of two-for-one or better with the ninja planeswalker, Kaito Shizuki, and the digital-only Citystalker Connoisseur and Town-Razer Tyrant. These cards all hit above their weight class and help to win attrition battles either by drawing extra cards or taxing your opponent's resources. The new Fable of the Mirror-Breaker enchantment is a whole lot of card for three mana as well. It creates a body with a relevant ability, fixes your draws, and turns into a value engine that rebuys your enters-the-battlefield effects down the line.

A common line for the deck is to activate Reflection of Kiki-Jiki copying your Citystalker Connoisseur in your opponent's draw step once they only have a single card in hand. The Connoisseur forces your opponent to discard, meaning they have to cast their one card per turn immediately at instant speed or discard it. This soft lock, backed up by additional pressure is incredibly difficult to deal with. All the while, you're drawing more cards and casting more value spells.

Overall, Grixis Midrange was strong, consistent, and exactly the kind of deck I gravitate toward. I can't wait to jam even more games on the Arena ladder. Catch my stream live on Twitch Mondays and Thursdays for more. Also, feel free to reach out with any questions on Twitter at @AdamECohen. See you all next week!