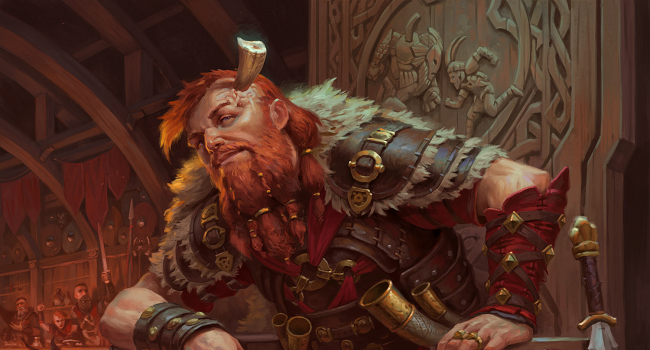 Policy manages how judges handle problems at tournaments, basically. Those problems can range from "my opponent missed a trigger" to "hey someone is drunk and angry and about to fight their opponent."

I think about policy a lot. Unlike the Magic Comprehensive Rules, policy isn't intended to cover every situation that could possibly come up. Otherwise, the Magic Infraction Procedure Guide would be thousands of pages long. Nobody wants that. Instead, policy aims to cover situations most likely to come up. It then gives latitude to the Head Judge of an event to make judgment calls if they need to.

This week, I want to talk a bit about the current combat shortcut and how it got to where it is now.

Many moons ago, back in June 2009, the Magic Tournament Rules added a new shortcut. This shortcut, like many others, intended to protect the nonactive player above all else. In the early dark days, there was a lot of "gotcha" Magic. A player would do something to try to hoodwink their opponent, and judges would say "Yep, that happens!" because tournament policy hadn't stopped this sort of thing yet. A huge amount of early entries in the Magic Tournament Rules and Magic Infraction Procedure Guide were designed specifically to cut off these gotcha situations.

I present to you, in all its glory, the first "combat?" shortcut introduced to the Magic Tournament Rules, effective 1 Jul 2009.

A statement such as "I'm ready for combat" or "Declare attackers?" offers to keep passing priority until an opponent has priority in the Beginning of Combat step. Opponents are assumed to be acting then unless they specify otherwise.

For years, this combat shortcut lived in harmony. Then, everything changed when Cesar Segovia wanted to attack.

The Combat Heard 'Round the World

February 2017. Pro Tour Aether Revolt (Standard). Mardu Vehicles takes six of the top 8 spots in a dominant performance. But somehow, that isn't the major takeaway from the weekend.

Round 8, Cesar Segovia vs Thien Gnuyen. This video should jump to the correct timestamp. If not, join me at 5:15. I've tried to transcribe it as best I can.

5:15 - Cesar taps his Weldfast Engineer to try to crew Heart of Kiran.
5:31 - Thien asks, "If he goes to combat, can he still crew?"
5:41 - Thien says, "Uh, he-he declared combat and he's trying to crew [points at Weldfast Engineer, then at Heart of Kiran] with that."
5:44 - Table judge (TG) says, "Okay, so, is it correct you declared combat?" Cesar says, "Yeah. I say combat."
TG: "Yeah"
Cesar: "Yes, and I don't, I try to [points from Weldfast Engineer to Heart of Kiran]"
TG: "And then you crew with it? Okay, that's not allowed. Before you're declaring combat means that you want to declare your attackers, is how the shortcut works. If you did not crew your vehicle, our policy is that you cannot crew your vehicle after you ask for combat. If you want to do an effect before attacking, you have to announce that before mentioning combat."
Cesar: "And I can't do that crew?"
TG:" You cannot crew, no."
Cesar: "But I, eh... I have trigger."
Thien: "Well he missed the trigger."
Cesar: "No no, I only say combat..."
Thien: "Sorry."
Cesar: "Because beginning of combat [muddled]"

At this point, Marshall Sutcliffe and Luis Scott-Vargas take over vocals a bit.

Judges are working at length to figure out what the right call is here. The table judge, a Level 3 (L3), confers with another L3. They go and get a Spanish-speaking L3 to make sure Cesar is perfectly understood. After the Spanish-speaking judge speaks with Cesar, Cesar appeals the ruling to the Head Judge of Pro Tour Aether Revolt, Toby Elliott. Toby is the final authority on what becomes written policy. He is the be all, end all of what the Magic Infraction Procedure Guide says.

At this point, this specific shortcut policy has been in place for about 8 years, right? How could it go wrong?

21:30 - Marshal Sutcliffe pulls Head Judge Toby Elliott into the coverage booth to talk about the call.

21:45 - Toby: "Sure, so, we have a default short in Magic where a lot of strange shenanigans can happen around the combat phase. And you can create a lot of ambiguity there by saying things like "Combat?" and does that mean you're in combat or you're declaring attackers? So we have a rule that says, if you say "combat?" you are passing priority at the beginning of combat and if the opponent passes priority back, then you are ready to declare attackers. And this one was actually even more interesting because [Cesar] has a trigger which triggers at the start of combat, but is targeted, which means that once he - if he passes priority, he's missed the trigger. So, um, what he actually wanted to do, he couldn't do the way he intended to because he wanted to give +2/+0 to the Heart of Kiran, which means he has to activate Heart of Kiran before he goes anywhere near combat. Then the trigger can happen, he gives it to the Heart of Kiran, as, because it's a creature at that time. Um, but, [Cesar] didn't actually do that. He just went to combat. His opponent, we made sure his opponent explicitly - [Cesar] went to combat, paused, [Thien] explicitly passed back, and at that point our default is that you are in declare attackers."

The day after the incident in question, Scott Larabee (the Wizards of the Coast half of tournament policy) posted a "Statement On the Round 8 Feature Match Ruling." In short, it cited the current-at-the-time Magic Tournament Rules policy, but said this shortcut would be examined further after Pro Tour Aether Revolt.

This Too Shall Pass

After almost a decade, The Powers That Be reevaluated the old combat shortcut. In April 2017 it changed:

Toby wrote a fantastic blog post about "How to Think About the New Combat Shortcut;" it covers more than I possibly could. After all, he wrote this new shortcut.

For any of my tournament players out there: read this! Read anything else in the policy vat! It's beneficial to understand how policy got to its current form. Back in the day, instead of the "Thoughtseize fix" and a Warning for Hidden Card Error, it used to be a Game Loss for Drawing Extra Cards. Understanding why rules like this change over time can provide a deeper understanding of tournament rules as a whole.

That's it for this week, friends. Want to understand more (or argue) about tournament policy? Find me on Twitter or our Insider Discord.

See you next time, space cowboy.