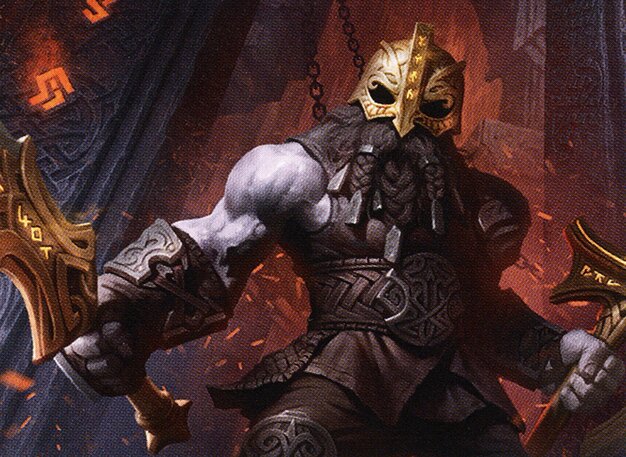 Welcome back friends and family! This week I'm diving into the digital-only Alchemy format with Naya Runes. My list is hot off the presses from the phenomenal @urlichmtg, albeit with a few small sideboard changes. The deck plays similarly to the Bogles archetype from Modern, jamming a handful of auras onto creature payoffs to make massive threats with keyword soup.

I'm a big fan of this deck in Standard, but the meta has some hostility thanks to the success of Hinata, Dawn-Crowned, which makes all of your auras cost more and slows your engine to a crawl. Alchemy seems to be slightly safer and has far fewer copies of Hinata running around. This lets you take full advantage of an unprepared metagame. Fortunately for those tight on wildcards, porting the deck over from Standard only uses one playset of unique-to-digital cards, Forsaken Crossroads. While these lands are strong, they're ultimately non-essential. Feel free to swap them out for another GW dual land if needed.

In a Given Space, Only the Witch who Cast the Runes Can Use Her Magic.

Now let's actually take a look under the hood. The core of the deck centers around Jukai Naturalist, which makes your enchantments cost one generic mana less, and Runeforge Champion, which not only tutors for a rune aura, but makes them cost a single generic instead of their normal mana cost. With both of these creatures in play, your runes become free to cast.

Between Generous Visitor, Kami of Transience, and Showdown of the Skalds, each of these now-free (or heavily discounted) enchantments puts at least one +1/+1 counter onto the board in addition to its other abilities. These effects stack very quickly. It's not uncommon to cast a creature, then make it the largest body on board with haste, trample, and lifelink in a single turn.

Cleaning up the long game is Hallowed Haunting, which lets you go both wide and tall, often closing out the game with a horde of flying, vigilant spirits. Thanks to Showdown and your 14 cantrips, the deck has a remarkable amount of consistency in achieving its game plan.

I really just wanted to use another rune pun for this section's header to make my editor groan. Anyway, onto the decklist and video!

The Naya Runes deck is a ton of fun and can lead to some incredible sequences and wild board states. I expect it to be a mainstay with only room to improve as Standard and Alchemy add more powerful enchantments. If you have any questions, comments, or declarations of love and affection, feel free leave a comment below or tweet me at @AdamECohen. I'll catch you all next week.