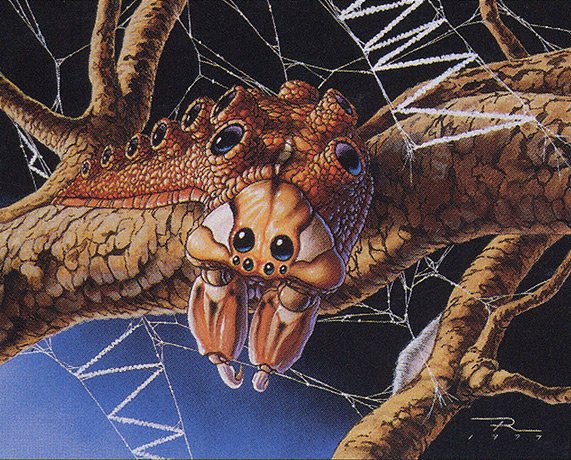 This past week, we got two see two big card spikes thanks to Streets of New Capenna spoilers. However, both had different factors behind them, and saw different overall price increases. We have also seen one backslide a good bit already. This leads me to today's subject: the two types of price spikes.

Spikes can be either sustainable or unsustainable. Will the spike last, or the market correct itself in short order? In a way, a spike can only truly be defined with the passing of time; however, having a good idea which category one falls into at the onset of a spike greatly enhances one's financial approach.

When determining whether a price spike is sustainable, I ask these questions:

These are the spikes after which you want to be listing your cards as soon as you can. Be less focused on selling at the peak. Instead, determine an acceptable profit and sell at that profit, regardless of how much higher the price may go. Unsustainable spikes are equally likely to drop back down, and it's a lot harder to sell on the backslide; you are now competing to race to the bottom with all the other vendors trying to move the same product at the same time. 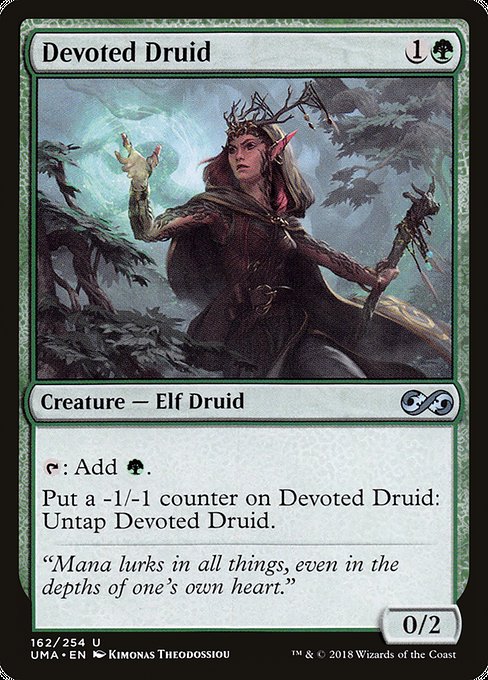 The Ultimate Masters version of Devoted Druid saw the biggest spike, as copies went from sub-$4 all the way up to $20. All of this occurred after the spoiler of Luxior, Giada's Gift, which allows Devoted Druid to generate infinite mana once equipped. Looking at the price graph, we can already see that the price has slid back down to around $7-$10. This was an unsustainable spike, and I hope our Insider readers listed theirs when I suggested doing so in the Discord.

How was I able to call this spike as unsustainable? For starters, there's the combo's previous standing in the format. We already had an infinite mana combo with Devoted Druid and Vizier of Remedies in Modern, and both pieces can be hit off of Collected Company. To combo with Luxior, Giada's Gift, you have to both be able to tap Devoted Druid for mana and equip Luxior, Giada's Gift. So while Luxior does offer some redundancy towards the infinite mana combo, it does not create a brand-new combo. The other issue with this particular type of combo (infinite mana) is that you it doesn't just win the game; one must have something to actually do with all that mana. This is really a three-card combo, with the third card being the win condition.

It is important to note that the price doesn't always collapse as fast as it did with Devoted Druid to be considered unsustainable in my book.

Another recent price spike that I feel is unsustainable is that of Dark Sphere. Its price rose mid March and is still currently sitting in the $20 range. 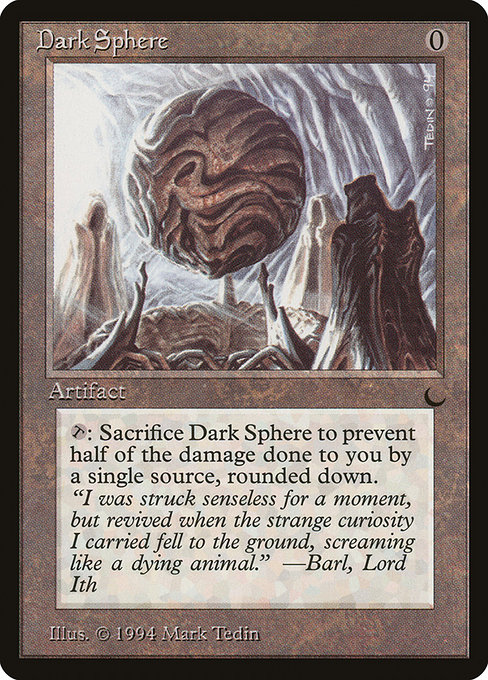 No new card has suddenly made it a desirable card to include Sphere in a deck. It was simply mentioned on The Commander's Quarters in a Sickening Dreams-based Commander deck. Ironically, I built towards the same general idea way back in 2010, except I utilized Maralen of the Mornsong[card] as my commander. In either version, the Commander tutors up [card]Ad Naseum and then draws the deck, killing everyone with a Sickening Dreams.

This type of deck is a one-trick pony and while it can be useful to spike a random Commander tournament, it folds pretty hard to decks with counterspells or mass lifegain. Either way, this is not a card that finds a home in many Commander decks (957 out of one million on EDHREC) and there is no way that its current $20 price tag will stick. It does have the benefit of having been last printed back in 1994, but it is not on the reserved list, and it will eventually drop in price by a considerable amount. If you are holding any Spheres, I suggest unloading them ASAP.

The other card whose price spiked recently is Viridian Revel. This card was truly a bulk uncommon before spiking hard in late September 2021. Since then, it has backslid by about 50% from its high. 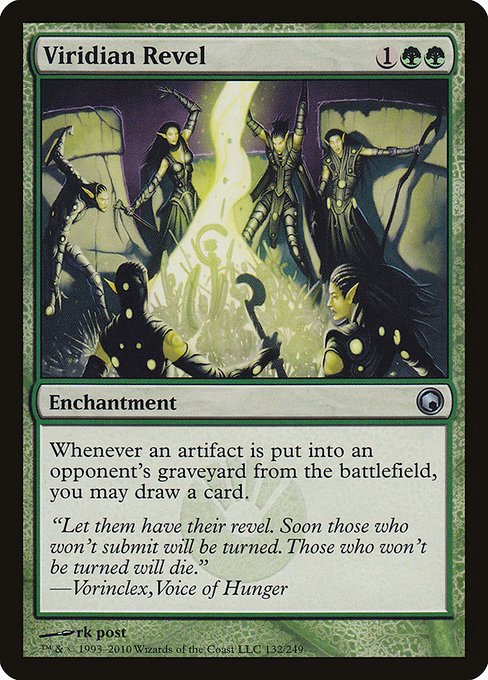 Why would a card that backslid 50% be considered "sustainable?" Well, even after the drop, its price was still 10 times higher than previously. Plus, it had maintained a $2+ price tag for over six months before spiking again.

The reason it can maintain this price is metagame relevance: it's good against a popular and repeatedly used mechanic, Treasures. There is a reason that Dockside Extorionist is a $60 card, despite being printed just a couple years ago. The Treasure mechanic allows players to fix and ramp in colors besides green, and Viridian Revel is bonkers against decks that utilize a lot of treasures. It also happens to be good against Blood, Clues, and Food.

This card has a resounding yes for the second question, which is why I feel the spike is sustainable. Again, this isn't to say it won't drop some; I can't think of a single instance in which the price of a card that spiked didn't drop down at least somewhat. But I do think that the new price will plateau significantly higher than the old price. I'd peg Viridian Revel as easily being a $3-$4 card until reprinting. For those wondering, the Streets of New Capenna card that caused the most recent spike of this card is Bootlegger's Stash.

A Spike Through the Heart

While we typically always advocate "selling into the spike," one doesn't always have the inventory on hand to do so. Given that shipping can often take 5-7 days, it may be wiser to pass on an unsustainable card whose price is spiking even if you can buy it below it's current market value, though obviously if you can get it much cheaper it may still be worthwhile. This kind of assessment is critical to making the most of spikes financially.