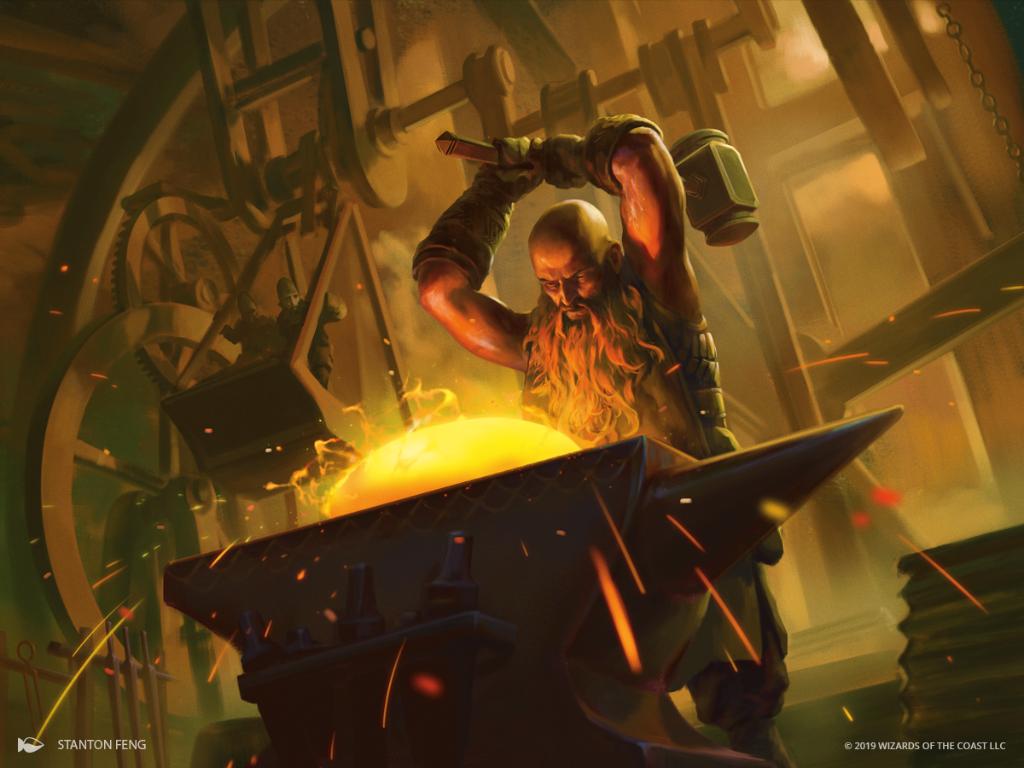 This week on Adam Plays Magic, we revisit the Jeskai Fires archetype I wrote about in my Decks to Expect article last month. This particular build, courtesy of Martin Juza, swaps Transmogrify for Lukka, Coppercoat Outcast as the primary method of tutoring out [card[Agent of Treachery[/card]. Lukka's minus ability threatens to find two potential Agents, making it more resilient to targeted removal as a way to disrupt the combo.

Fires of Invention was the centerpiece of the best deck in Standard until its banning. It even earned a ban in Historic with much of the same shell and still puts up periodic results in Pioneer. This high praise (or infamy) suggests it's a strong contender for Explorer. Unfortunately, Fires initially struggled against the Winota, Joiner of Forces deck, which required interaction on your opponents turn. But now that Winota has been banned, Fires gets its time to shine!

Jeskai Fires is proactive with a ton of haymakers. While under normal circumstances, packing your deck to the brim with high-cost spells come with downsides, Fires circumvents this by acting as a quasi-mana doubler, allowing you to double-spell each turn and utilize more mana than you should have access to. The end result is that you can cast multiple planeswalkers, wrath effects, and draw spells each turn (to a maximum of two per turn).

Fires doesn't limit your access to activated abilities either, so cycling lands and Shark Typhoons can push your game actions even further over the edge of acceptability. I'm also a big fan of Yorion, Sky Nomad as an ever-present threat that gets to reset your enchantments and planeswalkers for additional value.

The deck shines against midrange and control where your spells simply out-value theirs or your threats overload their permission. It's difficult for a control deck to counter an end-step The Wandering Emperor then also have an answer for the subsequent Fires into additional threat. Your Agent of Treachery combo is also at its strongest when it's stealing an opposing Teferi, Hero of Dominaria or Lolth, Spider Queen. You're often pretty happy with taking a creature land like Hall of Storm Giants. It'll even give you something to do with your mana while Fires is out.

This deck really hits its stride at four mana, and needs five mana to operate fully. To guarantee you hit these numbers, and by the sheer fact that you're a Yorion companion deck, you're going to need a substantial number of lands to minimize the risk of missing land drops. This runs the risk of flooding out. While you don't quite need Fires to do the cool things the deck wants to do, you're at a significant disadvantage if you don't have it.

Another issue is that, despite having Anger of the Gods or Doomskar, you can just get run over by aggressive decks with an above-average draw. Fortunately, there aren't many of these running around at the moment, but when you don't start playing the game until turn four, decks that kill by that point are going to cause issues.

On that note, Mardu Greasefang decks like the one I played earlier this month prey on decks like Fires that can't interact on their combo turn. For this matchup, you need to lean heavily on Rest in Peace from the sideboard and hope their draw is slow. It's not a great position to be in, and with Winota gone, Greasefang decks are going to continue to grow in popularity.

I think the Fires deck is a ton of fun and when it works, it works. As I discuss in the gameplay video, I'm not sure the sideboard is at its best. Four copies of Redcap Melee may be too much now that Winota is gone. I'm also interested in exploring potential builds focused around Mirrorshell Crab and Colossal Skyturtle instead of the Agent of Treachery combo. These creatures both function as game-ending bombs and midgame interaction. Being able to play value creatures again like Kenrith, the Returned King seems like a very big incentive.

As always, you can keep up with me as I tinker with the deck on Twitter at @AdamECohen. See you all next week!