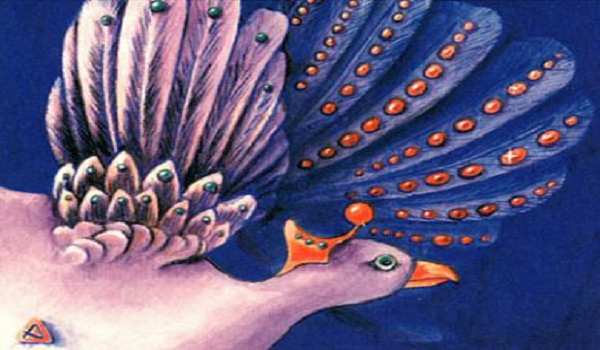 Now that SpellTable has made it so easy to play with Magic players all around the world, there are often times where we are waiting on a player to head back to the table, shuffling up or otherwise killing some dead time while waiting. Inevitably, as we are a table full of Magic enthusiasts, someone will bring up an element that they enjoyed from Magic's past.

As an older player I like to bring up *ancient* mechanics that have long been either removed, forgotten or simply have not shown up lately. I enjoy both showing off some of the history and variety that Magic offers. Oftentimes my current table has never seen some of these abilities and definitely have never experienced a game utilizing these mechanics. I'd say they have missed out and I think it's time for Magic to really "return" to its roots.

There's a great article by Ethan Rodger over at DraftSim that talks in significant detail about the likelihood of old mechanics being reprinted in Standard. Take that article with a huge chunk of salt because I think the proof is in the pudding. Wizards is actively looking to bring back mechanics to sell more cards, at least for Commander, and they HAVE been printing cards even in Standard with these old keyword abilities.

Proof Wizards Is Doing This 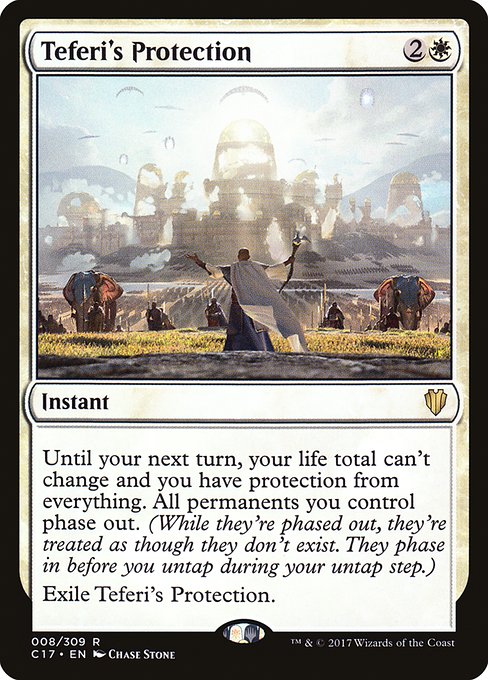 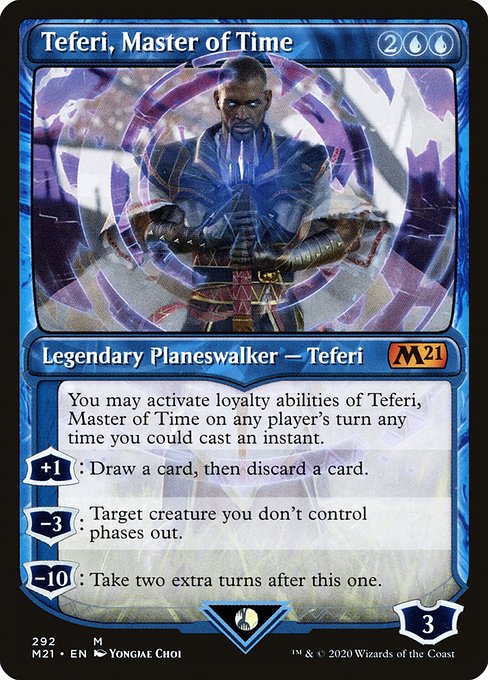 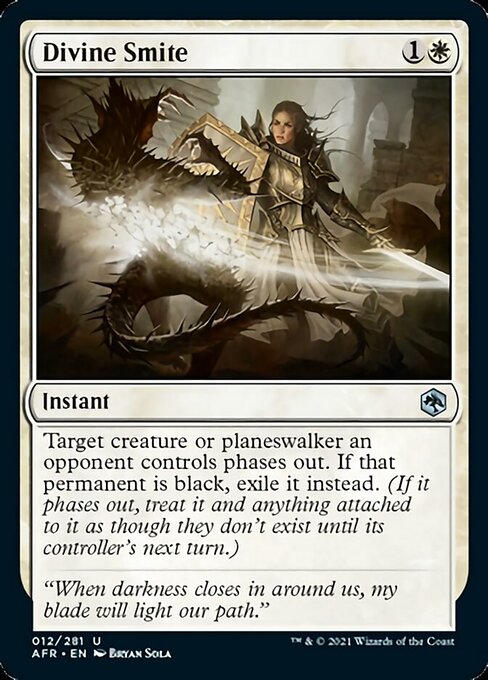 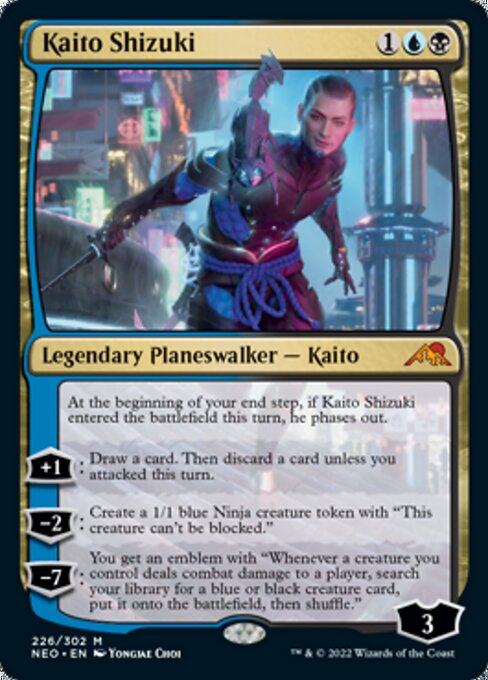 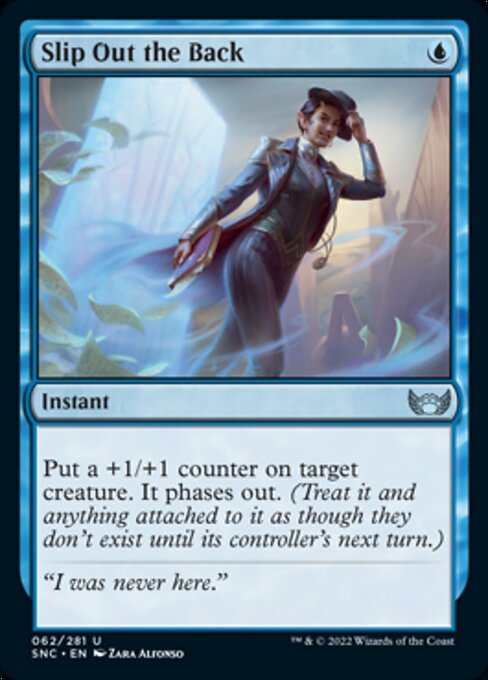 We went many years between Old Fogey in 2004 and the next card Teferi's Protection in Commander 2017. Then, suddenly, there were new cards with the same mechanic appearing often. Phasing gets an EIGHT on the "Storm Scale" which, I quote, means "It’s unlikely to return, but possible if the stars align." So the stars aligned for *multiple sets* within the same year? Well, that's just Commander product. Or reprints. Right? No. Try Standard legal sets like 2021, AFR, NEO and SNC.

How Does Banding Work? 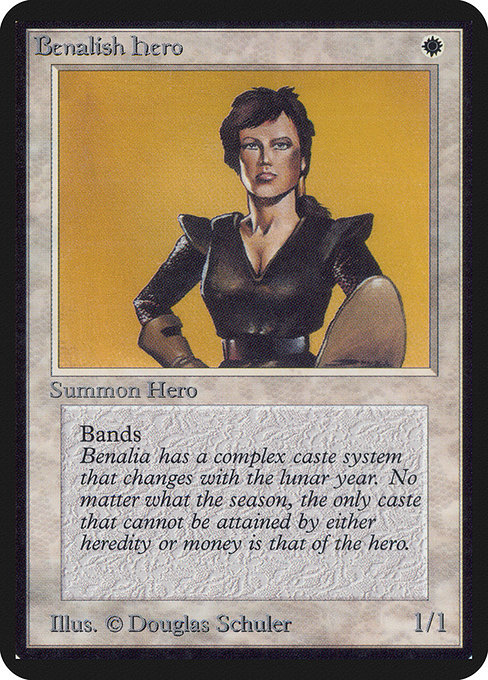 Call it one of the most confusing keyword abilities in Magic, I have had very few people understand Banding or Bands with abilities. I'm going to take a stab at describing this ability in two sentences and I do feel that it captures 95% of what the ability does.

Banding allows a group of creatures to attack as if it were one creature, is blocked if any of the creatures in the band could be blocked, and also can block together in a band. In any case, the player who controls the band can assign combat damage as they wish.

That's it. Yes, there are a lot of little edge cases that technically exist but for the vast majority of gameplay, this is how it works. There are plenty of abilities in Magic that have many extra rules and corner cases that are being printed regularly and they still print cards with poor and confusing wording in every set like Lagrella, the Magpie.

I think we will see a Banding card in the future even though it is rated 10 on the Storm Scale. Why though? Banding is a highly interactive ability, automatically scales and is a direct counter for other abilities like deathtouch or on damage triggers. I think that some of the early game design around Banding was too "mathematically perfect" thus it was overcosted on mana and the ability was too difficult for new players at the time to grasp. Furthermore, combat seems to be somewhat lacking these days at the typical Magic table and here is a way to inject some complexity without developing an entirely "new mechanic" which just tends to be a rework of one or more existing mechanics.

Time will tell if I'm correct on this one. 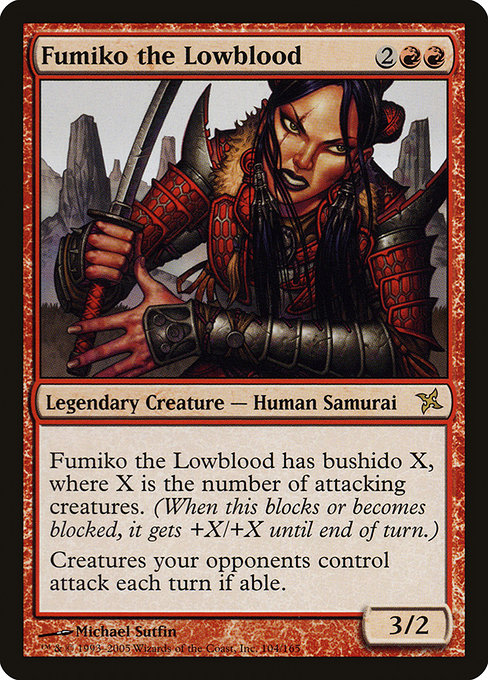 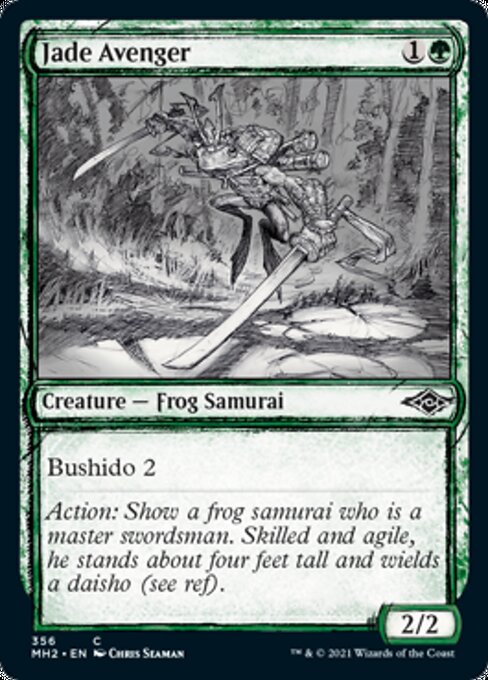 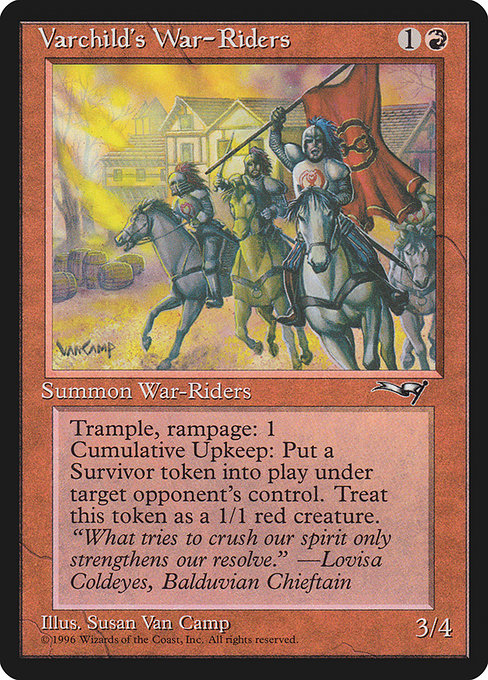 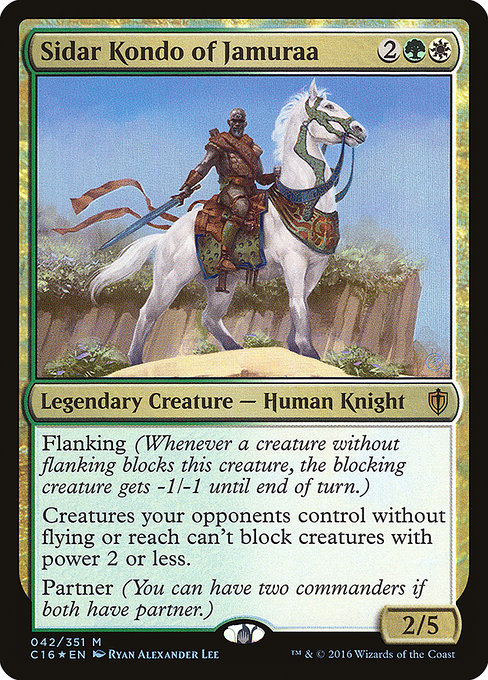 If you take a brief look at the latest prints or re-prints for these abilities you can see that Sidar is from Commander 2016 and Fumiko was re-printed in Commander 2020, so some of these abilities are not completely off the Magic radar but they definitely have been gone from Standard forever.

Let me quote this note from the Draft Sim article: "Bushido and Ninjitsu have flavor reasons why it may be chosen to not reprint them. If the mechanics were given new flavorless names (ha!), then the chance increases."

I'm not sure why that only applies to Bushido and Ninjitsu, even though Ninjitsu was just reprinted in NEO. In any case the primary theme here is, again, combat. Reducing the complexity of attacking and blocking reduces the interaction possible which, ultimately, reduces fun. There is a huge difference between all of these abilities saying "I'm hard to block" versus "I'm hard to gang block" versus "You definitely should not block me with multiple creatures" versus the absolute glut of new cards that simply say "Cannot be blocked."

Here I would suggest that rather than cards with these keywords making a comeback, Wizards will look to make a new keyword that encapsulates one or more of these abilities simultaneously. A combined Rampage/Bushido/Flanking sounds cool to me—the creatures interact with one another normally, but, if they are blocked or blocking something that does not have that keyword they get a huge boost. This is how you can print a rather "vanilla" 2/2 for two but if it interacts it becomes a 7/7, maybe with trample. I think it's much more likely that we just get a nod towards these abilities rather than a full on reprint. 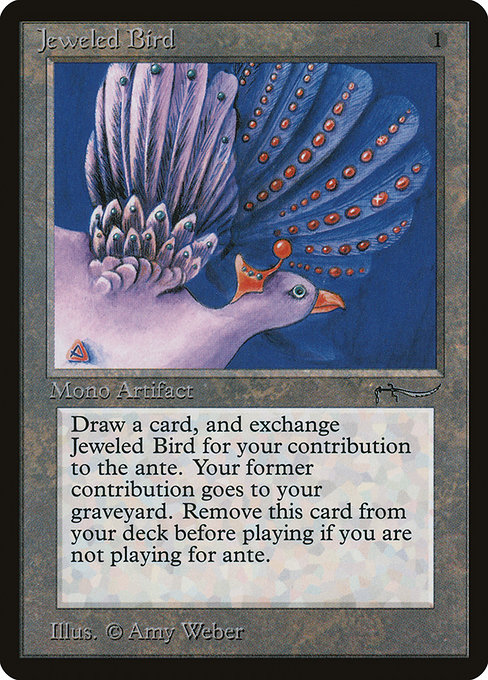 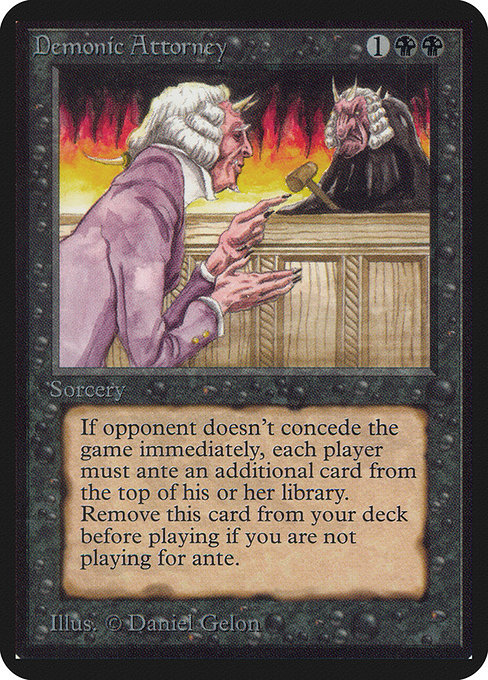 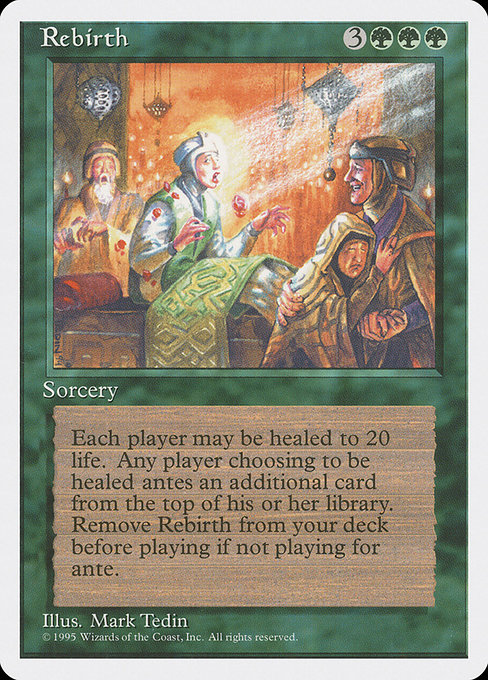 I would bet (see what I did there?) that there are very, very few Magic players that have ever played for keeps. This is not about that idea. I fully support Wizards needing to avoid the idea that Magic was gambling from a legal standpoint.

Ante was a *game mechanic*. Follow me on this one. Let's say you're playing a heavy control deck and you have very few win conditions. It's not uncommon that these types of decks go so heavy into control that they only play one or two wincons. Well if you ante one of those cards and the other is the bottom of your library you may end up losing that game. What about combo decks? If you ante one of your combo pieces your odds to get your combo suddenly decrease a tremendous amount.

On the contrary a deck full of Grizzly Bears and Lightning Bolt really does not care about losing one random card and plays a much more fair game of Magic. For me, the case for ante *as a mechanic* is very strong. It allows for many new, strange and unique cards to be printed that access the Ante zone and can use that as a way to tutor or otherwise interact with said zone. There's also a little bit of interaction from cards printed in the past, however, Contract from Below would become the best card ever printed and quickly be banned again.

A New Take On Ante And "Stakes"

I propose a more friendly and way more "fun" version of Ante where there are "Stakes" but there is no gambling. In the past both myself and other players have had opponents sign cards with a sharpie. I've done this at pre-releases and drafts if a card has won me a game or even lost me a game. To codify this as a rule you simply exile one card face down from your deck before the game starts and the winner signs it.

Obviously many players will scoff at someone potentially signing their Gaea's Cradle and that's totally fine; don't play for Ante! But I am totally going to continue to play my stock Wyleth, Soul of Steel or Obuun, Mul Daya Ancestor for Ante any time I get the chance. I hope to collect and distribute a bunch of signatures and the stories that go with them to turn my games from a grind into an experience.

So Much History, So Little Time

I'm looking to the future with The Brother's War and also thinking about the past in terms of historic and iconic keywords coming back. I'm looking forward to seeing nods to older players as well as new players getting exposed to some flavorful, interactive and combat centric abilities. What are you favorite forgotten abilities from Magic's past? Let us know in the comments!