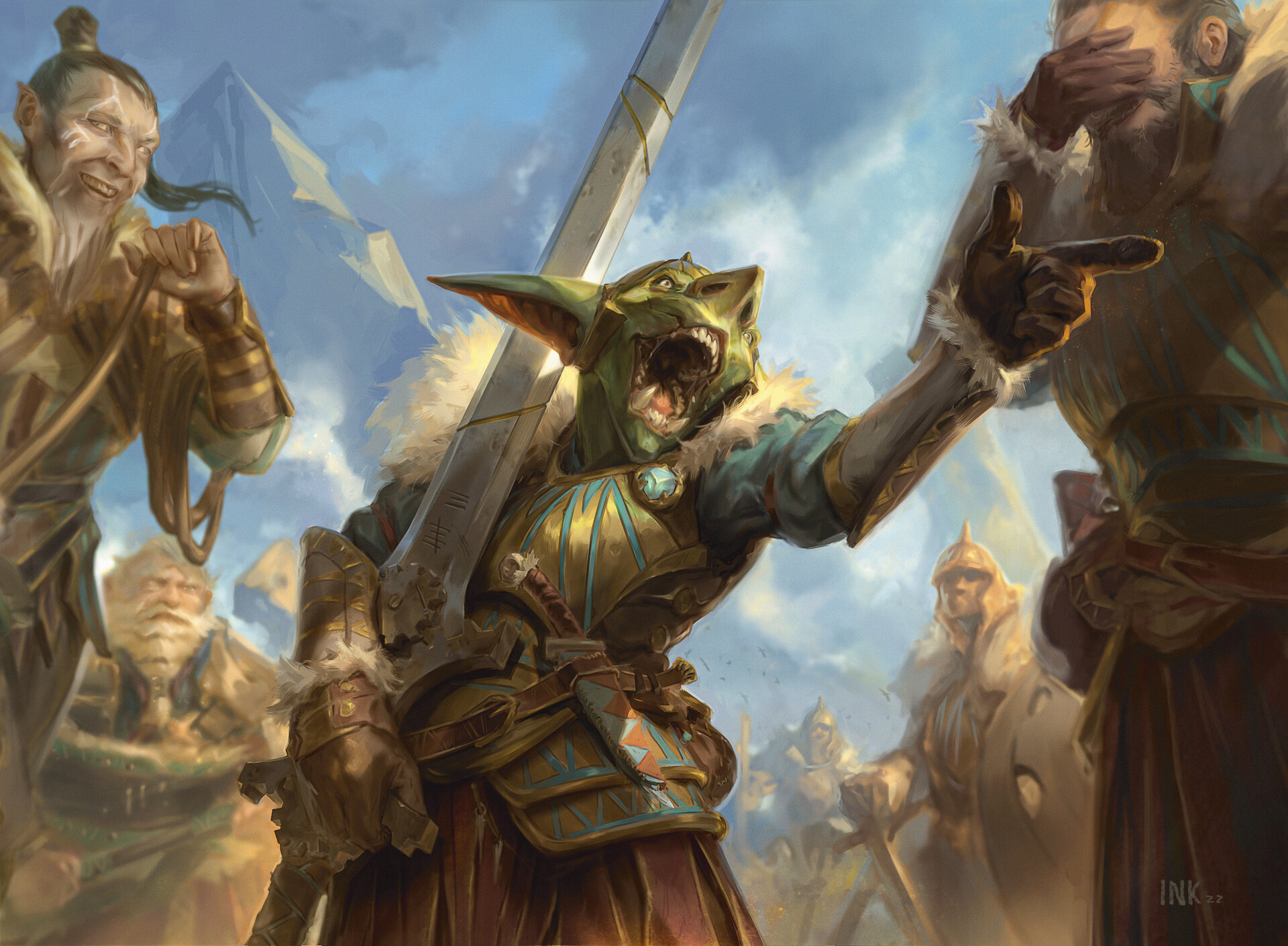 Much like the Phyrexians converting the Planes of the Multiverse into soulless, compleated, mechanized worlds, so too has Wizards of the Coast continued its mission of augmenting its formats with digital-only mechanics. In short, Alchemy has come to Dominaria United (DMU) and the Gatewatch is powerless to intercede. The changes to the format include the introduction of thirty new cards, which have a tailored impact on the format. However, like any ecosystem adopting a new predator, this change has larger ripple effects on the format as a whole.

An Alchemy card replaces a common one in each booster. There is a 55% chance for this to be an uncommon and a 45% chance it will be a rare or mythic. In every draft, 24 of these cards will be picked and most will be played.

Intended Consequence #1 Two-Drops Get a Boost

The lack of impactful two-drops at common has shaped DMU Limited. Aggressive decks still have tools to thrive, but there is a significant difference between the two drop commons versus the two drop uncommons. Twelve of the thirty cards are two-drop creatures (technically Protean War Engine is a vehicle). There is also a single one-drop. This means that we should expect to see a lot more quality cards on turn two. While powerful two-drops have not dominated this format, their absence creates the meta we know. Generating advantage on two is something we need to anticipate.

As a result, we should be picking Tribute to Urborg, Flowstone Infusion, and other pieces of cheap removal higher.

While many of these cards are powerful, Goblin Morale Sergeant has the potential to be a real difference-maker. There are ten uncommons Alchemy cards. We see uncommon Alchemy cards in 55% of packs. This means that 5.5% of packs will have this goblin. The combination of this card with Keldon Strike Team seems very potent. There is also strong synergy between its perpetual "+1/+0" clause and Baird, Argivian Recruiter. In short, this card is a great threat for the RW decks and changes their share of the metagame.

Slimefoot, Thallid Transplant and Wandering Treefolk are also powerful options on turn two. Conversely, an early Vinesoul Spider could accidentally bin important lands. This card looks like a trap to me, despite synergies with Soul of Windgrace and Uurg, Spawn of Turg.

The headline for every Alchemy upgrade is pretty simple. The format gets a lot more powerful. These cards are all designed for constructed play. DMU already encourages splashing and has a lot of fixing. These cards will draw players into Domain decks more often than they previously did.

These bombs, and the excitement that goes with playing new cards, will make Domain decks more coveted as the format crawls out of its formative phase. However, with improved pressure from aggressive decks, and the established understanding of the format's synergies, these Domain decks may struggle more than they did at the beginning of DMU. They also face a new obstacle that will drastically impact their viability.

Arena draft packs have fourteen cards in them. Any of the ten commons can be one of the DMU duals. Over the course of a draft that represents 240 chances to see a dual. On average, a normal draft should yield a little less than 24 of these lands.

In Alchemy packs, there will be about three fewer lands per draft. In my first Alchemy Draft, I first picked a Drag to the Bottom and did not see a single dual-land for the rest of the pack. I adjusted pack two and pieced together a strong control deck, however, be wary. The decrease in duals is something we must recognize if we're going to build Domain decks.

Vesuvan Mist is a very powerful piece of interaction. Every deck that can kick this card will want it. However, the Blue Spells decks did not get much else. Only four of the Alchemy cards are instants and/or sorceries. While the Spells decks still have access to the suite of cards that made them the strongest pillar in the format, we should anticipate the archetype taking a step back.

Additionally, with the powerful two-drops coming to the format, there may not be as much time to cast Impulse and Phyrexian Espionage. With more pressure coming from the two-drops, the blue decks may need to make more of a battlefield presence early. Being on the draw with an Essence Scatter in hand is still fine, but it's not the position of power it once was.

This is the biggest concern about a format change of this nature. So many of these creatures can take over a game through card advantage. They are mostly smaller creatures, so cheap removal is valuable, but Extinguish the Light, fight spells, and other interaction is starting to climb up my pick order.

Urborg Repossession was already a strong common for black. In grindy games, this card was the Divination you wanted. Drawing two premium creatures in the late game, including a potentially cheap Writhing Necromass, Tolarian Terror, or a potent rare caused many heads to explode.

Now that more games will be determined by single cards, getting those cards back will be a winning strategy. The format looks to be more tied to singular power levels than the synergies that forged the pillars we discussed last week.

While Braids's Frightful Return and Sheoldred's Restoration were only fringe-playable, we should consider including them in this new version of the format

Alchemy's fingerprints are already all over this new format, and likely to spread like Glistening Oil on Mirrodin. Because of the new priorities the format demands, I suspect black has the most to gain, as it has removal and recursion. The aggressive red decks also look to be a force, whereas I suspect the blue decks might take a step back.

However, the open nature of DMU is what made it an all-time classic. All archetypes should remain viable. Many of the cards have exciting and interesting effects. This new format presents new challenges and new opportunities. While many of the cards are the same, expect these thirty cards to have an oversized impact on draft and gameplay. Next week, we'll be able to take a closer look with more data, experience, and observations. Until then, good luck!