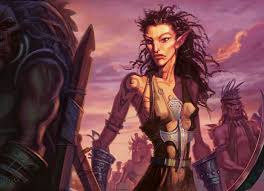 Ryan lays down a few key premises to the current Modern format and brews a new list meant to take advantage of this landscape.

Jund is one of the top decks in the Extended format, and here is everything you should need to supplement your playtesting with it for Grand Prix: Atlanta!

Taking a look at the best finishing Jund decklists in the early PTQ Nagoya season to create a baselane “consensus” list.