It's clearly time to speculate wildly about the near future of constructed Magic. Mirrodin Besieged is right around the corner, and the previews are giving us a good idea of what's in the set. So what kind of decks will come with these new cards?

At the time of this writing, a full 50% of the White cards previewed are Knights. Combined with M11's Knight Exemplar this is sure to make a deck. The question you should have: will that deck be worth playing in Standard? There are only 9 Knights available now, so we're certainly getting a lot of new ones to try. 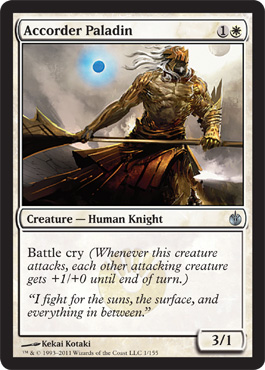 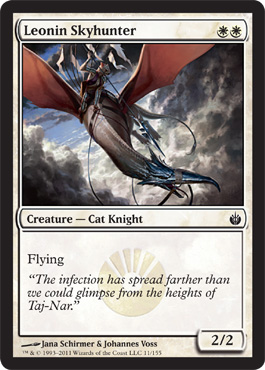 Perhaps something like this:
Student of Warfare
Accorder Paladin
Leonin Skyhunter
Honor of the Pure
Knight Exemplar
Mirran Crusader
Hero of Bladehold
Awesome White spell in Besieged or Journey to Nowhere 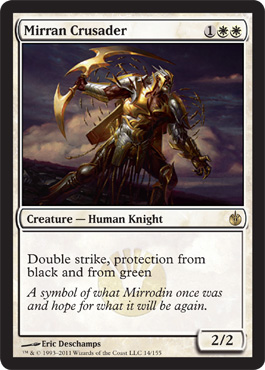 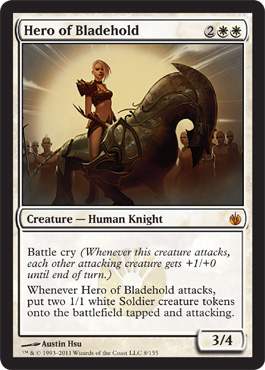 That's a pretty good pile of Knights, and you'll have Leonin Relic-Warder in the Sideboard against some decks. Still, this has all the markings of the "too-obvious" deck. Those are usually just below the cutoff from Tier 1. They don't want to make it too easy on us for several reasons. If you can see the best decks instantly you won't spend enough time exploring the set and thinking about every card. The more there is to think about in each set, the more satisfied the customer (that's you again, and me, now that I think about it) will be with the product. If the best decks are too obvious everyone will play them, and the environment will be boring (*Faeries*cough*). Will there be a sick 1-drop Knight that makes this deck better? Or a better Knight than we see here at any cost? Probably not. They've shown so many Knights so far, it feels like they're trying to get us excited about them (like Vampires in Zendikar), so they're likely to have shown the best ones (Hero of Bladehold, Leonin Relic-Warder, Mirran Crusader, and perhaps Accorder Paladin) up front. I think we're more likely to see these Knights as value creatures in non-knight decks. I mean, seriously, Hero of Bladehold is like a 7/6 for 4 mana! She's like a baby Grave Titan. 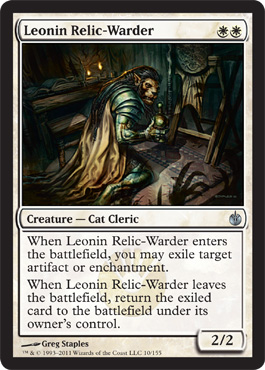 Now that we'll have a second set in the block, especially one with a lot more Phyrexian cards in it, an Infect deck for Standard should be possible. How good will it be? On the one hand, you might expect to need cards from the entire block to make the best iInfect deck. This could be the case, but that might not be in WotC's best interest. They need players to buy into the block and feel it is meaningful and relevant in Standard before the next block comes out. A star mechanic like Infect should be able to play that role by the time the second set of the block has come out. One last thing to consider, is that there are multiple themes per block, so perhaps the ideal situation is for a block to provide a couple of decks in each set. Infect may mature now, while Metalcraft matures with the last set in the block, or vice versa. The Infect deck will be a lot harder to build than the Knights deck. There are a lot of ways to go about it. Mono Green, Black/Green, Proliferate-based, or some sort of Combo deck that spits out a Blightsteel Colossus when your opponent least expects it. 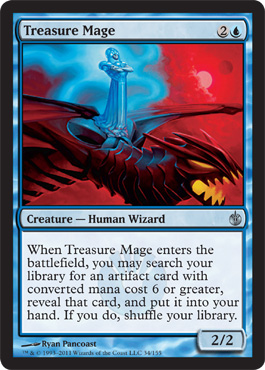 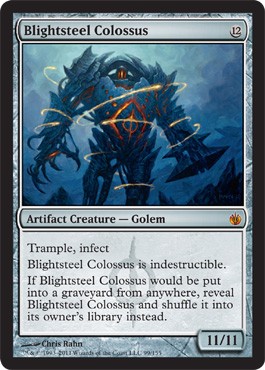 Something like the following:
Grand Architect
Trinket Mage
Treasure Mage
Everflowing Chalice
Blightsteel Colossus
Preordain
Mana Leak
Jace, the Mind Sculptor
Perhaps a few other artifacts to tutor for?
Perhaps some cool 1 or 2 cost blue creature that helps this deck work. Or maybe even Mirran Spy? That card looks
pretty interesting in combination with Grand Architect. 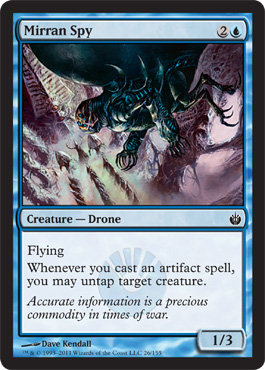 As I mentioned earlier, a Metalcraft deck might be possible once we have Besieged, heck it might be possible now, but nobody found it. Perhaps this deck is the one that's complete with two sets, and Infect needs all three? Maybe that depends on who wins the war, eh? I don't really think a deck focused on the Metalcraft mechanic will do well in Standard, unless they print an Enchanted Evening type of card for artifacts. More likely there will be one or two Metalcraft card that are perfect for a Tempered Steel deck and can make that deck as good in Standard as it is in Extended, if not better. 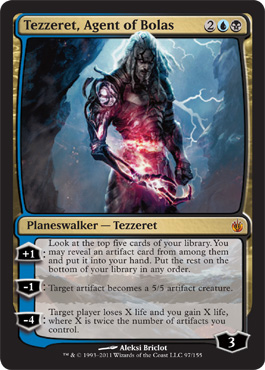 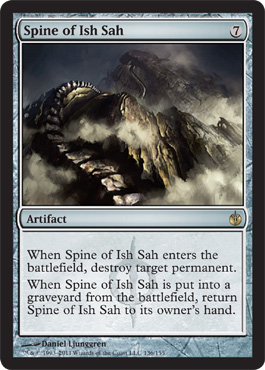 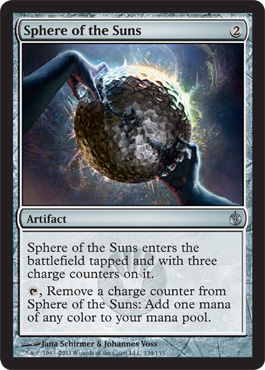 You need to get 7 counters on your Chalice, somehow (Proliferate?) then use it to cast a Spine of Ish Sah, destroying a permanent while Mirran Spy untaps your Everflowing Chalice, which you made into a 5/5 creature with Tezzeret, Agent of Bolas. Then you can sacrifice the Spine to Oxidda Daredevil, getting it back, and starting the process all over again. Instant wipe of your opponent's entire board. It's a little bit difficult to assemble in Standard (and quite a bit easier in other formats, like Commander, where you can use Master Transmuter to skip a lot of steps), but you get the idea. This and other new combos will be available to us, and I bet there is at least one that's good enough to make a powerful Standard or Extended deck.

This reminds me, I've heard the new Tezz isn't getting much love. Come on people, it's a Blue Planeswalker that costs 4, it must be busted. It has all the usual requirements for a good Planeswalker. It can give immediate card advantage, it can defend itself, and the ultimate can kill the opponent. With Everflowing Chalice and Sphere of the Suns you can pretty consistently have him on turn 3, while having some good targets to make into 5/5s.

Extended could get more artifact heavy, with more than just an upgraded Tempered Steel deck. Does Time Sieve + Open the Vaults have what it takes? Ichor Wellspring is crazy good in that deck, offering you more than enough fuel to guarantee you'll get there once you start going off. I can't think of what else that card is for - instead of getting you a card only when it enters the battlefield, like Elsewhere Flask does, it gives you a second card when you sacrifice it to Time Vault. 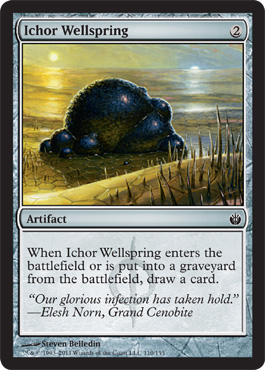 It's possible that Springleaf Drum is a secret powerhouse in this deck, accelerating you to 6 mana on the back of utility creatures like Tidehollow Sculler, Ethersworn Canonist, and newcomer Phyrexian Revoker. The question is: is it fast enough to beat Prismatic Omen and Faeries? 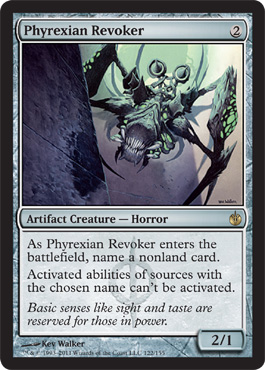 In very short order we'll see the whole set and can get cracking on the newest tech. Magic is so much fun!

One thought on “Presenting the Future”