Losing a game to an error on your decklist sucks; we all know that. And knowing that we can all admit that it’s happened to us (yes, even Judges are not immune from this type of error). There are a surprising number of reasons that you can get a Game Loss for a decklist error. Usually after getting that Game Loss you are so focused on how you’re going to win your match starting a game down that you don’t really focus on why you got the game loss in the first place.

In an effort to keep everyone from receiving this penalty in the future I am going to review some of the most common decklist errors that can net you a Game Loss. Most of them are just clerical errors. Maybe you were running late and had to frantically write your decklist. Maybe you changed a card at the last minute or switched around your sideboard. Decklist errors are handled the same way as any other penalty: we do a quick sniff around to make sure nothing fishy is going on (which would result in something much worse than a Game Loss) and issue the appropriate penalty.

I’m going to start off with things that would usually come up during the first round when the Judge staff is counting all of the collected decklists.

The list submitted only had 58 cards listed in the main deck. There were 15 cards in the sideboard.

The Problem: A constructed deck must contain at least 60 cards.

Why this is a Problem: If there are only 58 cards on the list the player could potentially switch out the last two cards before each match or could be playing more than 4 copies of a non-basic land card and not realize it.

The Correction: Issue a Game Loss and correct the decklist to match the deck.

A list has 4 copies of “Jace” on their decklist.

The Problem: “Jace” is not a legal card name.

Why this is a Problem: Players are going to shortcut some card names. A lot of the time, that is fine. However in this case there is more than one card named “Jace”  and there is a big difference between Jace Beleren, and his [card Jace, the Mind Sculptor]Mind Sculpting[/card] counterpart. 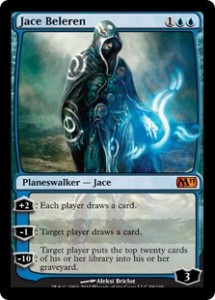 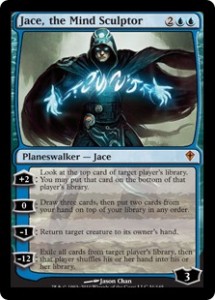 The Correction: Issue a Game Loss and figure out which copy of “Jace” he is using. Correct the decklist appropriately.

A decklist submitted for a Legacy tournament has “Land Tax” listed in the main deck.

The Problem: Land Tax is banned in Legacy.

Why this is a Problem: Land Tax is banned in Legacy. It would probably be hard to float this one by your opponent before the judge tracks you down but stranger things have happened.

The Solution: Issue a Game Loss and remove the Illegal card from the deck and add a Basic Land of the player’s choice. Correct the decklist appropriately.

The rest of these errors are things that fall under the same category but are more likely to be found over the course of playing and not by just checking the registered lists.

It is discovered by the player that there are only 56 cards in his deck. There are 60 legal cards listed on his decklist.

The Problem: A constructed deck needs to have at least 60 cards.

Why this is a Problem: Playing less than 60 cards could give you an advantage. Your chances of drawing a particular card are higher than someone playing a full 60.

The Solution: Issue a Game Loss and have the player replace the missing cards in his deck with those on his list. If those cards cannot be found in a timely manner (approximately the time it would take for you to be tardy to your match and it is up to the Head Judge how lenient they are going to be about this) they are replaced by Basic Lands and the decklist is corrected accordingly.

During a deck check it is discovered that a player didn’t unsideboard from his last round.

The Problem: You need to start each round with the “Main Deck” listed on your decklist.

Why this is a Problem: If you know what deck your opponent is playing you could gain a huge advantage from playing cards from your sideboard during game 1.

The Solution: Issue a Game Loss and return the deck with the main deck and sideboard the way it is on the decklist.

A player notices that he has his opponents Arrest in his deck after he draws it for his turn. Both players are playing solid black sleeves that they purchased before the event.

The Problem: One player has one more card in their deck, the other has one fewer.

Why this is a Problem: This one is pretty obvious.

The Solution: In a Constructed event, both players would get a Game Loss. It is the responsibility of both players to make sure they get their cards back and both players are playing with a legal deck. Return the card, and if needed, keep playing. If it was a player from another table (their last round’s opponent, or from a friendly game), you would need to track that player down as well. If necessary, this player would also get a Game Loss for playing an illegal deck.

In a Limited event this can get interesting. In Limited events you are not required to sideboard cards one-for-one like you are in a Constructed event. You can add and remove cards between games as long as your deck ends up legal at the end. Let’s assume that the player that lost the Arrest was playing more than 41 cards. If he lost a card, his deck is still legal. He would then be missing a card from his sideboard but the penalty for losing a sideboard card is just a Warning. If you replace it before the start of the next round you can continue to use it. The player that gained the Arrest however, even if there was one lurking in his sideboard somewhere, is getting a Game Loss. If there is a copy of Arrest in his deck and one in his sideboard, but only one listed on his decklist, he would have an illegal deck still.

These are the most common issues that come up under the Deck/Decklist Problem category of the Infraction Procedure Guide. Hopefully this will help you avoid this penalty next time you go to a PTQ. Few things can ruin a day more.

Sometimes the fix for this penalty can seem kind of harsh considering that most of the errors are simple mistakes that are unintentional. This may be true but these simple mistakes come with such a heavy penalty because the potential for abuse of these mistakes is quite high. Ambiguous card names, cards left off of the list, and playing illegal cards are all things can be easily taken advantage of by a more shady class of player. This is one of those situations where a few bad apples spoil it for everyone.

For the most part these errors are typically handled between rounds so they do not disrupt a match in progress. Most often these penalties are handed out at the start of the second round and from then on only if something is discovered during a Deck Check. When a Game Loss is issued neither player gets to sideboard before the start of the next game unless a game has already been played during that match (the Game Loss happened after game one).