I had a few topics in mind for this week’s article (all of which I will get to eventually) and then it dawned on me what pressing matter needed to be covered.  With the recent news of the new tracker document that Quiet Speculation will be releasing shortly it only makes sense to discuss the art of a call shot.  Many people have over the years collected a card they felt was undervalued only to flip it for a profit later. Although this is a great financial boon when you stumble across such a card, how do you know you are not collecting a dud?  This week I will be covering how to correctly identify cards that not only have potential to see play but how to make the most for your dollar when investing.

First and foremost, it is important to know that when you are taking a chance on a card that is not a sure bet you want to make sure you can afford the loss.  The best way to ensure success is to take small investments to begin with until you get the hang of the game and feel comfortable in your ability to recognize the big money makers.  Beginning with a bulk rare that has potential is always a safe way to start out and insure that if you are wrong your losses are kept to a minimum.  Picking up a couple hundred copies of a card worth a quarter and having to sell it off later for fifteen cents bulk leaves much less of a sting then dropping ten bucks on a new mythic just to watch it plummet to the depths.

I am in the process of such a call shot myself at the moment as many of you have seen.  Currently I have almost a thousand copies of Death's Shadow cued up waiting for the right price to sell.  I picked up every copy between fifteen and twenty five cents minimizing a loss if one is to be taken.  I first saw the potential of this card when phyrexian mana was announced weeks before the official release or full spoiler had even been thought of.  Jumping on a card early can allow you to maximize profits and lead the curve creating hype along the way to ensure a gain.  Between my posts on Twitter and Facebook and describing the potential of this card to everyone and anyone who would listen I have watched the price quickly double and now quadruple.  Now it may not seem like much when a card rises to a dollar but if you look at the model used in such a manner you will see where the profit truly lies.

Lets compare my investment to say Tarmogoyf back when he doubled in value thanks to Channel-Fireball.  Before the rise he could regularly see him at forty to fifty dollars meaning if you owned say twenty of them you had an initial investment of between eight hundred and a thousand dollars.  Once the value had doubled he could be found on most buylists for around sixty to seventy dollars leaving you with a healthy margin.  The total return on your twenty copies is around two hundred to six hundred dollars, a great deal of money for such little effort to be sure.  Say however the card was reprinted or somehow degraded in value to twenty dollars each.  This would cause a net loss of between four hundred and six hundred dollars.  That is a painful pill to swallow for any financial investor and can quickly drive your profits for a weekend down taking an event or two to recover from.

Now if we look at the numbers for a bulk rare we see a totally different story.  I will continue to use Death's Shadow as an example but you can realistically say any card you feel will go up.  Now if we take that same eight hundred to one thousand dollar investment and bought all of them we could find at between bulk (.15) and a quarter we would be looking at between 3200 and 6700 of them.  This is obviously overkill as you will realistically not have access to this many but for the examples sake we will use these numbers.  Now if say this card were to see any fringe play or even just be hyped enough to reach the one dollar mark, let’s look at what the profit potential of such an increase would be.  If the card sells for a dollar and is in demand we can realistically get between forty and fifty cents for our stock so we will run with those numbers.  We find that from our initial investment we now have a net profit of between four hundred eighty and a whopping twenty three hundred fourty five dollars.  The variance is due solely on the sheer number of the card we are dealing with which is also another huge boon.  If a rare normally at forty dollars would rise a dollar or five over a weekend very little profit can be made solely on the fact that we do not have the financial capabilities to own hundreds or thousands of such a card.  However if a bulk rare’s buy price rises even ten cents this can equal hundreds of dollars to a person well invested in such a rare.  Now if we look at the potential net loss we see another positive for investing in the correct bulk.  As many of you know you can almost always given a few weeks find a vendor buying bulk at fifteen cents on the right day.  Given this price let’s see what would happen if our initial investment tanked and became worthless (more than it already is).  From our initial investment our net loss is between zero and one hundred dollars.  Though it is still certainly never good to take a one hundred dollar loss is certainly easier to stomach than six.

One last thing to note before I move on is something called a ceiling. As I am sure you can deduce, this is the top of the financial curve on a particular card.  We have seen this ceiling raised in recent years with cards like Tarmogoyf and Jace, the Mind Sculptor driving to new heights but each card has a top mark of its own.  With a card like Goyf we can see a ceiling of potentially a hundred dollars short term with a larger long term investment down the road but for now let’s stick to the quick profits.  Now in my model I described Death's Shadow at a dollar, this is under the assumption of its current price without mention of such a ceiling.  When looking for a ceiling you must take many factors into account including legality and playability in a variety of formats including not only standard and legacy but EDH and casual as well.   Beyond that you have to look at rotation of not only the card in question but cards that would be used in conjunction as well and if lost may significantly drop the value of such cards.  A great example of this is Batterskull, though great now due to its interaction with Stoneforge Mystic its playability may be hindered when Mystic rotates later this year.  Keeping such things in mind is key to make sure you don’t miss out on the time to sell.  As for Death's Shadow we see that it will be rotating out this year harming its ability to rise to much. In addition, it is not a Mythic meaning it will more than likely never break ten dollars (there are some exceptions) and fits in a niche archetype that cannot be utilized in every deck.  Given these reasons I would put a ceiling of between three and five dollars on such a card, where five means it fits into a tier one deck and three means it finds a consistent home that sees median play.  I won’t pound your brain with any more numbers but think if this card does see play, what if the buy price were to rise to a dollar…two…three?  These are questions you have to keep in mind when looking at such a card as you have to know when the correct time to sell is and when you should hold out just a week longer.  The important thing however is to make sure you find your margins, on a call shot my personal margin on bulk is usually one hundred to two hundred but each person can and should set your own numbers depending on how risky you feel, sometimes holding out longer can put your margins in the thousands of percents and other times if you get too greedy you will find yourself back where you started wishing you had sold out a week earlier.  In this sense, call shots are very much like the stock market and getting too greedy can cost you in the end.

Well it appears I have a lot more to say on this subject than I first anticipated so I think I will be wrapping this up next week where I cover larger investments and how to profit not only in the short term but in the long term as well.  I hope you enjoyed the information and perhaps have some insight into possibly pushing yourself beyond just value trading.  Call shots are the bread and butter of many of the great financial minds in Magic and remain to this day to be my highest gross margins overall.  Keeping an eye on the metagame and watching for casual appeal can net you great returns quickly if you know how to trade your cards right.

Watch for the new spreadsheet to come online soon keeping all of you up to date with our knowledge and understanding of the current financial meta.  Until next week where I will be fresh off a weekend of trading and profiting enjoy your week and keep your margins up. 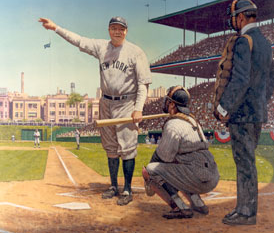 This is your bankroll on called shots. Any questions?