As those of you who've played a decent amount of Commander are likely aware, more so than players of any other format, Commander players like to and do pimp out their decks.

This tendency makes a lot of sense: like players of eternal formats, Commander players have the assurance that their favorite cards will never rotate. But even beyond that, since Commander is played casually, metagame shifts don't usually render cards unplayable. Clearly Commander decks are safe places to invest in, but doing so begs one to question their motives. Some people want to pimp out their decks as an indicator of how invested they are in the game, while for others it's a status symbol.

For me, the choice is purely aesthetic. And coming at the problem from this perspective, I'm not interested in misprints or foreign copies of cards so much as black bordered copies and foils.

The Long and Shining Road

I didn't always like foils. In fact, for the majority of my Magic career I refused to play with them. After all, I reasoned, they do the same thing as a nonfoil version, and they're more expensive. I could just build more decks by trading a foil for a normal copy of a card and something else.

That logic is sound, but it oversimplifies Magic.

While the gameplay and friendships that exist independent of my decks' foiliness are the main appeals the game holds for me, they aren't the only ones. Due to a busy schedule, I end up spending a lot more time looking through my Commander decks than playing them, so visual appeal plays a big role. And despite my best attempts to convince myself otherwise, foils simply have more to look at.

But how did I come to realize this inconvenient truth after years of avoiding it?

When I realized that my Dralnu, Lich Lord deck wasn't any fun for anyone, I decided to build a Commander deck around Shirei, Shizo's Caretaker. After playing with it for a little while, I realized that the way I lost most often was running out of gas after facing too many [card Wrath of God]wrath[/card]s.

So I turned to Gatherer in search of a solution.

While Living Death or Twilight's Call would do the trick, they would simultaneously undo all my hard work destroying the opposition, so I decided on Balthor the Defiled as a solution.

The only problem was that I didn't have a Balthor.

I kept playing the deck without a comeback capability and traded with everybody who came into my local game store in hopes of finding a Balthor, but for months none showed.

Then, finally, I found one in a binder... but it was a foil.

Still, I wasn't about to pass up an opportunity to start playing my deck the way I wanted it and I figured that, eventually, I would find somebody with a normal copy who'd be happy to trade it and something else for my foil.

For more than a year I kept my eyes open and played my foil [card Balthor the Defiled]Balthor[/card], but I couldn't find another copy. I built and scrapped other Commander decks, but Shirei was my pet and I kept it together. Every time a table caught on and wrathed me into oblivion, I would cast a [card Diabolic Intent]tutor[/card] and flip through my deck until I found Balthor's familiar gleaming border. 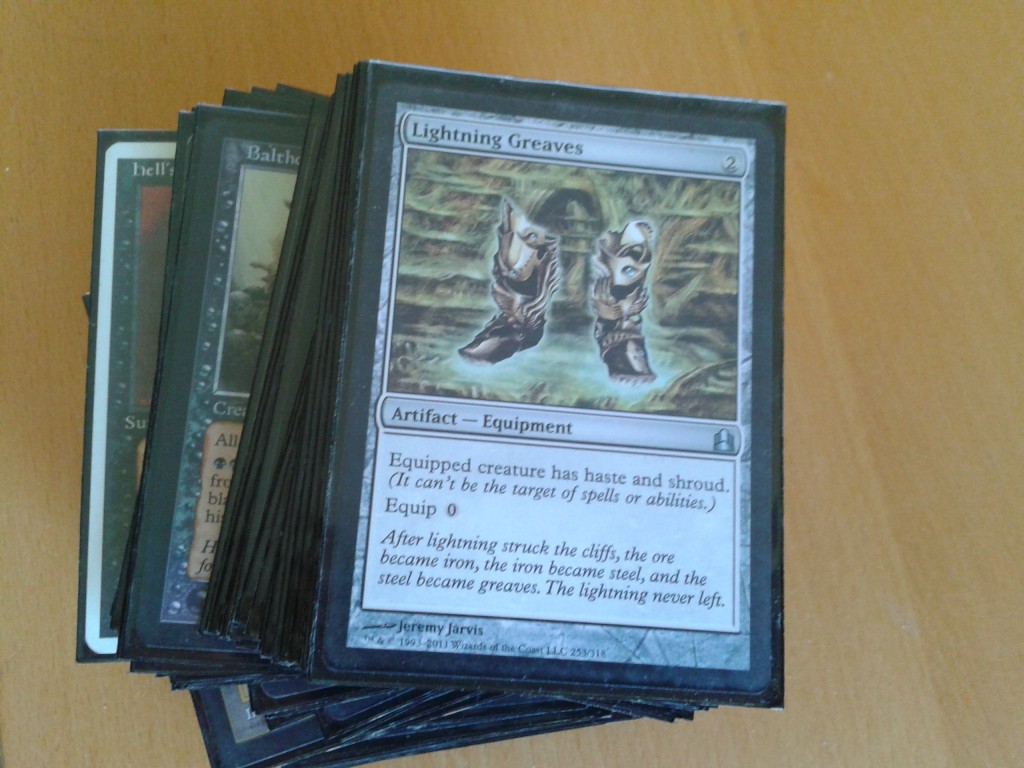 I started to overextend into wraths and formulate game plans under the assumption that I'd tutor for Balthor. But every time I edited my list, I looked over the uniform names in a text file and considered cutting the Zombie Dwarf. He simply didn't add much that Coffin Queen and Hell's Caretaker didn't already provide. Still, I didn't want to take Balthor out.

Then, one day as I turned the pages of a binder at my local shop, and I stopped dead upon seeing a normal Balthor.

Sitting there I recounted the story of how I'd been unable to find a regular copy of the card. As I attempted to ration how I didn't really like foil cards, I felt increasingly uneasy. Sitting in front of this binder I confronted what I'd never been able to before: I like to think of myself as a rational person, and I do my best to act rationally, but the very term 'rational person' is a misnomer. People are irrational and even if I knew that there was more good to be found in foil-less decks, that didn't stop me from yearning to keep what I'd grown accustomed to.

I traded for the matte version. But for reasons I couldn't explain at the time, I held onto my foil copy.

Many months later I began writing for Quiet Speculation.

I ran through my initial ideas for Commander content quickly and soon found myself going week to week, trying to find a topic worth covering. When I couldn't come up with an idea, I'd go and build a deck. For my second randomly selected Commander I found Chorus of the Conclave.

Soon after I'd built the deck in real life, a friend of mine was strapped for cash and looking to sell some cards. As I flipped through the stack of rares he'd brought, I noticed a foil Sunpetal Grove.

It was beautiful, glowing in the dim cardshop light. I decided I'd get it just to look at if nothing else.

I was running Sunpetal Grove in my Chorus list anyway, why not run the better looking copy? As soon as I gave in, my transformation was rabid. After all, if I was going to devote a lot of time to Commander, I might as well enjoy it as much as I could, right?

Over the following months I traded for foil versions of every Commander card I could get my hands on, and soon many of my decks were nearing 50% foil. 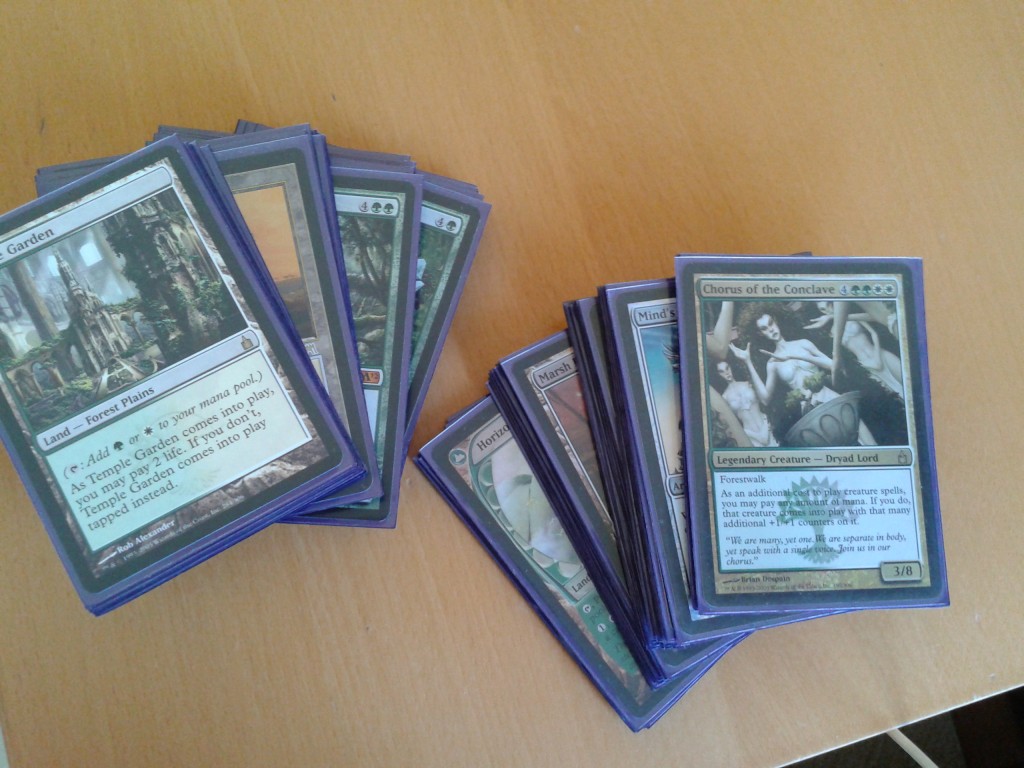 In the meantime, my younger brother had become quite the trader and had amassed a stock of premium [card Flooded Strand]Onslaught Fetches[/card] and [card Crucible of Worlds]Crucibles of Worlds[/card]. For the first time, I was contemplating trading cards I might use, like [card Volcanic Island]Revised Duals[/card] for premium versions of cards I already had.

Over the last few weeks I've started to question my decision again. I'm brewing Modern decks without the pieces to build them and my binder isn't exactly lush with high value cards. I've traded the vast majority of my collection into a combination of high end foils and hundreds of foil junk rares. It's not that my collection has lost value, but rather that a lot of its worth is tied up in cards that are impossible to move quickly if I need to.

How do you get rid of a foil Mindless Automaton? You let it sit in a binder for months until you find somebody else trying to foil out a Commander deck, at which point you get the great benefit of trading it for a dollar. Investing in this sort of stock is preposterous unless you get a lot enjoyment out of using it. I'm not sure the aesthetic enhancement of my Commander decks is worth more to me than being able to build more decks for a range of formats.

So now it's time to decide how I'm going to move forward. If I start trying to de-foil my decks, will I regret it later when I (supposedly) have more spending money? If I don't, will I regret it when I end up without a ticket at the end of the coming Modern PTQ season? I talked things over with my brother. We came to a few different plausible solutions. 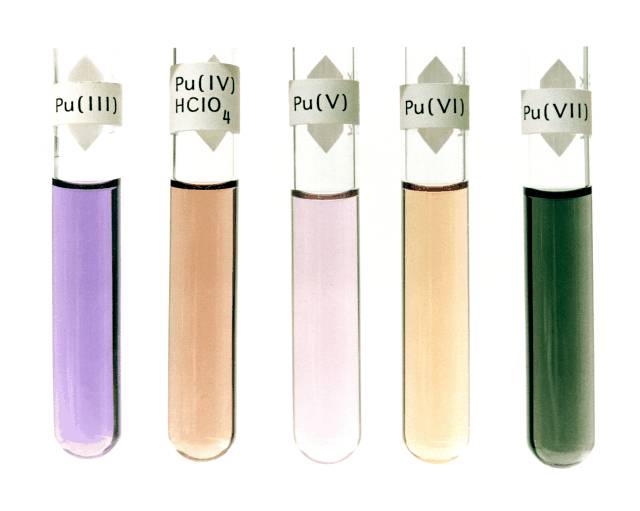 The first option is to go with my head. This choice makes the most logical sense and the only real barrier to choosing it is how much enjoy looking at the foils in my Commander decks and attached to them I am.

The second easy option is to continue trading other resources into foils for my decks and take a hit to my deck-building capabilities for the short term. This option leaves me likewise uneasy because it seems so senseless. Of course, something in between might be possible.

Not trading for a bunch of junk rares means that it would be easier to move a bunch of high-value foils to traders if I ended up needing to liquidate them and I would still get to have foils in my Commander decks. Still, this solution does nothing to serve my short term deck-building needs. What's more, it has little immediate impact since it would take a while to trade away my junk foils.

Getting rid of my expensive foils would mean a lot less money tied up in Commander decks, but it doesn't actually do much for me. The high end foils I have and trade for are cards I think are good investments anyway, so if I'd be trading for them regardless, I might as well play them.

Another solution is to keep my current stock of hard to move foils but not to trade into any new ones. 'Staunching the bleeding', if you will.

The final possibility we explored is to foil out Commander decks, but not as quickly as I have been doing. My stance up 'til now has been to trade for junky foils for any deck I'm even considering building because I don't know how long it might be until I run across them again. And I don't want to miss out.

This has resulted in a lot of unused foils from decks that either never came together or got taken apart soon after the fact. By only looking to foil out tried and true decks, I would miss out on opportunities for some foils but I'd also waste a lot less money.

I still haven't decided on a course of action but I hope my journey has given you some additional insight into the world of foils. I'd love to hear your stance on the matter.