I've been meaning to write an article on this subject for quite a while, but after an eye-opening experience last weekend, I'm glad I waited. Then again, the initial reason I wanted to write an article about Sensei's Divining Top is still entirely relevant, so let's start there. 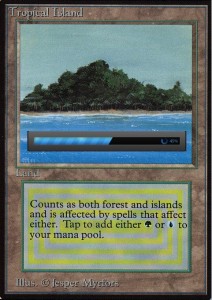 The most obvious argument against Top in Commander is the reason it's banned in Modern and was banned in old Extended. It simply takes too much time to use.

This issue is the main reason that I don't run any shuffling effects in my Mimeoplasm deck, but Top is an even bigger offender.

What's wrong with these time sinks? As Aaron Forsythe describes them, they're loading screens. Nobody plays video games in restless anticipation of a slowly filling bar and nobody plays Magic for the joy of shuffling after [card Misty Rainforest]making a land drop[/card]. In fact, I, for one, would be happy if Wizards printed sets of strong new duals over the next few years and then banned the Fetch lands in Modern. But that's another subject entirely.

The point is, people have to put aside time to play Magic and they're doing that because it's fun. Adding large chunks of game play during which nobody's doing anything brings about less enjoyment or a larger time commitment. And there's no good reason to make those sacrifices for game elements like dual lands that can be implemented differently.

Then again, Top doesn't quite fit into that category. After all, the person actually Divining is making decisions. I was confused as to why Top felt worse than Fetch lands in Commander and I couldn't find an adequate explanation.

At first I thought it might have to do with when the loading screen took place: while you know what you're grabbing with a fetch and can do the actual fetching later, any time that you plan to tap Top, you need to stop the rest of the game while you look. But when I actually examined how I felt when people used Top without interrupting the rest of the table, I found that it was still more aggravating than a Fetch. 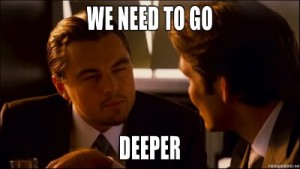 So what happened last weekend? On Saturday a friend and I made the two hour trip from San Francisco to Sacramento to play in a Pro Tour Qualifier. Neither of us managed to Top 8 the event, but he wanted to do a draft afterward, so I sought out some strangers to play Commander with.

The majority of the people neither drafting nor too exhausted to hang around were devoted traders, and, as I've come to expect, their pimped out decks were a little bit more competitive than the norm. After watching a game that ended with [card Jhoira of the Ghitu]Jhoira[/card] suspending Devastation result in not a single complaint, I decided that I probably didn't need to bring [card Chorus of the Conclave]Chorus[/card] to this table, so I pulled out the most powerful brew I had with me: The Mimeoplasm. I was unable to battle back through Living Plane + Goblin Sharpshooter. And after another similar game, people split off to trade.

A Game of Lands

After doing a bit of trading myself, James (one of the people I'd been playing with) and I decided to run some Commander duels, so he pulled out his Azusa, Lost but Seeking deck and I ran Mimeoplasm again.

About seven turns into the game, James went off. I don't mean he combo killed me, as this was his casual deck. Rather, he spent about fifteen minutes drawing cards and producing mana with cards like Slate of Ancestry, Sword of Feast and Famine, and Rude Awakening.

He was taking the pieces of an extra turn and putting them all together into essentially eight or nine consecutive turns minus the attack steps. Afterward I untapped, used an Oblivion Stone and managed to barely pull out a win.

The next game he put on the same show on turn five, but between Genesis Wave and Eternal Witness, the turn probably took about half an hour, and he ended up with most of his deck on the table. 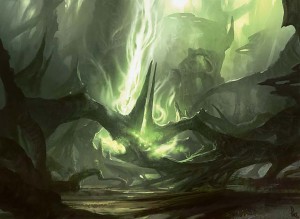 Long after I'd left the venue, it dawned on me that there's a very good reason for Sensei's Divining Top, Time Warp, and Genesis Wave to be even less fun for me than endless shuffling: they preclude table talk.

While someone's shuffling, everyone can converse. And anyone who prefers live Magic even slightly to online play and has even a hint of Social Timmy in their psychographic makeup will still have fun. On the other hand, when one player has to think hard, they're in a world of their own. Especially when the opposition is tapped out, they're more or less playing solitaire.

This isn't a flaw of Magic. In fact, it's the very essence of the game. People get much more invested in their decks than in their piece on a Monopoly board not only because they put work into building their decks, but because their choices shape their basic experience.

Every Magic player wants to make an impact with their plays: Spike wants to show his skill through correct and clever decisions, Johnny wants to demonstrate his creativity through unconventional card uses, and Timmy wants to experience all of the powerful outcomes of making plays. The social aspect of Magic stems from the constant exchange of this deciding position, so that everyone can feel involved simultaneously.

The tough part of this realization is that self-indulgence is dangerous to the Commander format. Since we all like making plays, many of us have the initial inclination to be the one playing as often as possible in Commander, but doing so deprives the rest of the playgroup of their fun. Unlike most Magic formats, it's very easy to play the game alone without winning in Commander. Without being aware of what we're doing, Commander games turn into groups of of five playing solitaire side by side and we lose out on everything else Magic has to offer.

I'm as guilty of this as anyone, if not more so. I even wrote about a huge Genesis Wave being fun and memorable for the entire table. Sure, seeing a Genesis Wave for 72 was cool, but the minutes of trigger stacking that came next certainly weren't. The same applies to using a bunch of sacrifice effects with Shirei, Shizo's Caretaker, or tapping and untapping a bunch of Merfolk in a [card Sygg, River Guide]Sygg[/card] deck. In fact, my primary means of choosing Commanders up until now has been finding a cool engine to go off with. 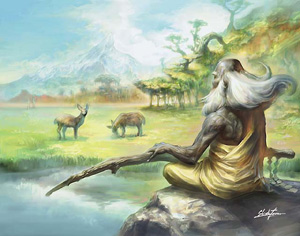 The fact of the matter is that multiplayer Magic involves more lag time than duels. So, if anything, we should seek to shorten the spurts in which we're playing alone, not lengthen them. I'm confident that people will continue to play Commander for the satisfaction of their own game plans regardless, but the format has a strong foothold as a social gathering and I'd rather see that come about as a product of playing together than poking fun at a friend while they goldfish.