Welcome to the second installment of "Touch of the Eternal." This particular article will focus on long-term Magic investing, which tends to go well with getting into Eternal formats. Since cards don't rotate and there are fewer "flavor of the week" decks due to the power level of the format, you typically won't experience lots of sudden price jumps like in Standard. For those looking to get into Legacy I'll list the "staples" as well as a little bit of background information on them. 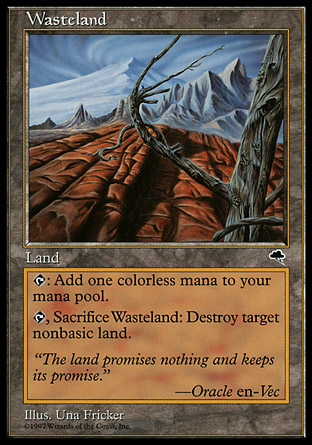 Dual Lands (Underground Sea, Tropical Island, Tundra, Volcanic Island, Plateau, Taiga, Badlands, Scrubland, Savannah, Bayou) -- These are a very safe investment. There is always demand and they are on the reserved list so there is no chance of a reprint. Even if Legacy were to die off they'd still be used in Commander, though they would drop a bit because of the influx of supply (though this is highly unlikely for now).

Force of Will -- The glue that holds the format together. While this card is not on the reserved list and could be reprinted, it is unlikely to ever be printed in the Standard environment for reasons of power level. A reprint would only occur as a judge promo, in a specialty set like Commander Arsenal, or in "Legacy Masters" (if they choose to make one). This is still a pretty safe pickup and you can trade or flip them very quickly.

Wasteland -- This is the card made to punish dual-heavy decks. The fact that it was an uncommon in Tempest, but still sells for $45-50, is a good indicator of the demand for this card. If reprinted, this would fall into the same category as Force of Will, except it is even less likely to be reprinted in any Standard set. Wizards has proven they are not big fans of land destruction as it goes against the "spirit" of the game that they envision (whether you agree with this or not is another discussion).

Onslaught Fetchlands (Polluted Delta, Flooded Strand, Wooded Foothills, Bloodstained Mire, Windswept Heath) -- These lands are a major reason the dual lands are so expensive as they allow you to cheat and play as many copies of the duals as you can fetch. These were the original cycle of fetchlands which the Zendikar ones were modeled after. While they are often essential for Legacy, due to the prevalence of Wasteland it's often best to fetch your basics unless you know your opponent doesn't play Wasteland. These have a high probability of being reprinted as they would be good for Modern and would be a great selling point for a set (similar to how the enemy fetchlands helped sell Zendikar). 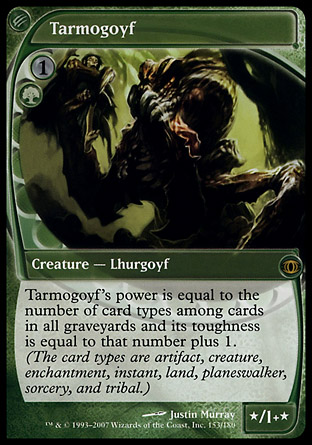 Green Sun's Zenith -- This forms the backbone of the Maverick and Nic Fit archetypes. The ability to tutor into play any green utility creature for just one mana more than its normal cost is incredible. Currently these go for about 4-5 dollars online which I think is criminally underpriced.

The fact that GSZ is banned in Modern should alert you to its power. If they ever become unbanned they will immediately double in value. I'm personally picking these up at 4-5 in every trade I can. They will almost assuredly not be reprinted anytime soon, as they were just recently printed (Mirrodin Besieged) and as previously stated are banned in Modern. They were also included in an event deck, thus more copies than usual are on the market.

Tarmogoyf -- The best blue creature that isn't blue is the epitome of the undercosted fatty. For two mana you often get a 4/5 or 5/6. This guy spawned the RUG strategy, with the idea that one can ride a single powerful creature to victory with a suit of disruption in a timely manner. (As opposed to the original "draw-go" control decks that won via a decently-powered flyer and a plethora of counterspells, but took forever to do so.) This guy has been spoiled in Modern Masters and will consequently take a price hit. His mythic rarity in a short-print-run set will prevent the price from plummeting but he will drop in value as more copies enter the market.

Thoughtseize -- The best black discard spell ever printed. Thoughtseize allows one to trade two life and one mana to remove any non-land card from an opponents hand. Unlike Duress, which was primarily used to get rid of removal or counterspells, Thoughtseize also allows the caster to preemptively answer a threat. This card will very likely be reprinted in Modern Masters. If it is a mythic then don't expect the price to drop all that drastically, though if you want to make a quick buck or have no intention of playing them, I certainly advocate selling them now.

Dark Confidant -- Bob, as he's often referred to, was the invitational card created by Bob Maher. He provides an extra card every turn at a minimal cost, due to the many ways available to manipulate the top of ones deck and the low average mana cost of Legacy decks. He even provides a decent clock on his own. This card is very likely to be reprinted in Modern Masters as he's another Modern card over $35 dollars. If he's reprinted he will most likely be mythic, thus keeping his price from plummeting too much. Similar to many of the cards I expect to be in Modern Masters, I only advocate selling if he's spoiled as a regular rare or if you want to sell now and buy back after Modern Masters releases.

Vendilion Clique -- The Faerie menace rocked Lorwyn Standard partially due to this guy. Blue had previously been able to manipulate the opponent's library but not their hand until his printing. The fact that you get a 3/1 flying body attached at instant speed is pretty insane. It provides a decent clock, instant-speed hand disruption, and can even be bounced back via Riptide Laboratory or Karakas to generate a pseudo-fateseal effect every turn. It too will most likely be reprinted in Modern Masters, as he has broken $30 for even without seeing a lot of Modern play yet. When a good control deck does arise in Modern he will most assuredly be a large part of it. Again, sell if you want to make a quick buck, but over the long haul I expect him to maintain his value unless he ends up as a mass reprint.

Jace, the Mind Sculptor -- The planeswalker that ruined Standard also made huge waves in Legacy. The fact that he's banned in Modern means he won't be reprinted in Modern Masters. The fact that he had to be banned in Standard means he won't be reprinted in Standard. This guy is a solid investment, although with current prices nearing $100 I do believe he's at his peak again. I picked up my playset back when they were around $55 or so. While I doubt they will dip that low again, when the Legacy metagame tide shifts and he drops to $65-70 again, you can pick him back up. 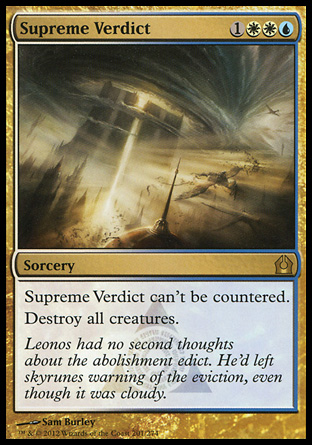 Deathrite Shaman -- This little guy has been stirring up the Legacy melting pot lately. Given the massive amount of fetchlands in Legacy, he serves at the least as a harder-to-kill Birds of Paradise. Of course he comes with the upside of doubling as a pseudo-Scavenging Ooze and pseudo-Grim Lavamancer. If you don't have a playset now, get one. His price will only go up when Gatecrash is released and people stop cracking RtR packs. In the long run I expect him to reach $15-20.

Abrupt Decay -- This uncounterable catch-all removal spell has been seeing a lot of play in the same decks as Deathrite Shaman. The fact that Legacy prides itself on playing the most mana-efficient threats also means that this card deals with a large portion of the field, with the notable exceptions of Batterskull (though you can kill the germ token in a pinch) and Jace, the Mind Sculptor.

Detention Sphere -- The Oblivion Ring that pitches to Force of Will is one of the more exciting cards out of RtR for us Legacy aficionados. The fact that it has the Maelstrom Pulse ability to nab multiple permanents is just gravy. Currently these can be picked up for around $3 and I foresee this card easily hitting $8-10 in the long run as it's a very efficient answer to a whole lot of problems.

Supreme Verdict -- The uncounterable Wrath of God that also pitches to Force of Will is another gem from RtR for the Legacy U/W control player. Currently its limelight is overshadowed by the more mana-efficient Terminus, but should the metagame switch from aggro-control to a more control then this card will surpass Terminus in playability. These too can be picked up for around $3 and I consider them a solid buy. The fact that they are awesome in Standard doesn't hurt either.

Terminus -- A Wrath effect for the cost of Swords to Plowshares is a good recipe for a Legacy pillar. While U/W control decks have often been playable, they usually required playing actual threats in the form of Stoneforge Mystic. This strategy is not ideal against RUG Delver (another pillar of the format). Terminus provided another avenue to address this matchup, by allowing control decks to up their land count and maindeck mass removal.

Since the most recent additions to Legacy have been G/B and U/W, I expect those decks to gain traction. This means the staples played in those decks, as well as the appropriate duals and fetches, will appreciate. Many players want to play the best deck in a given format and supply for these staples is already limited.

7 thoughts on “Insider: Touch of the Eternal — Investing for the Long Term”