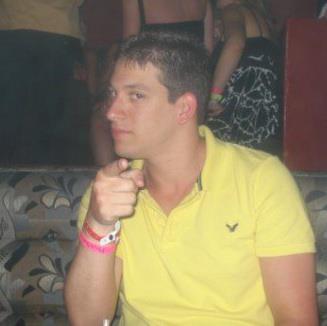 Welcome back everyone! As you are reading this, I am probably in the middle of wrapping up my testing for GP Detroit. I am more than likely running a stock Red/Green Tron list. It is essentially the Show and Tell of Modern so I rather make it hard for my opponents to interact with me then to try to play something more reactive. However, this has taken my mind into various different directions for the week which include testing, job hunting, and managing my current inventory, which has left me little time to think about an article. Heck, this is the 3rd time I am rewriting this thing.

I was initially going to write some boring recap of the events this weekend at SCG Philly or dynamic something or other, but Ari Lax suggested a much more exciting topic: Reprints. I am going to cover the reprints themselves and then I want to go over how other cards that are effected by said reprints.

With Dark Confidant and Tarmogoyf being reprinted in Modern Masters, Jace, the Mind Sculptor coming in FTV:20 and Thoughtseize arriving in Theros, the Magic community is seeing an unprecedented level of reprints of high end singles these days. This is both scary and exciting when it comes to finding ways to exploit the reprints and make a good bit of money.

When a reprint occurs, the first thing that occurs is either mass cheering or jeering and then a mass sell-off. The price proceeds to drop by a large percentage and stays at this depressed until there is a change, whether that is additional reprinting or it is out of print. Obviously, if there are additional printings, the card tanks and has probably lost significant value for years, so for this article we are going to focus on the card being reprinted only once.

I want to focus on Thoughtseize and Baneslayer Angel right now. Baneslayer Angel was a stud in Standard, it went to unprecedented heights of price and was clearly the Queen of Standard while legal. Then the reprint happened, it proceeded to lose nearly 80% of its value and was quickly outclassed by the Titans and has seen little to no play in Modern or Legacy. It has the angel benefit, but that will only carry a card twice-printed card so far. However, here we are two years later and Baneslayer is now starting to rise in price again. This shows us that no matter how little play a card is receiving, as long as the card is playable, a reprint is not The End for a card's price in the long term. No matter how bleak it gets in the present, the future can be brighter.

How can we apply this to Thoughtseize? Well, the fact that Thoughtseize cut in half instantly upon announcement means that people are already looking for a reason to dump the card. The moment that happens, that is when we should buy in and buy in hard. I believe this moment to be shortly after the 2014 Core set is released. Modern season will be wrapping up, people will be looking to cash out of Modern for the year and more people will be ready for a new set to come out and Thoughtseize will soon be out of print.

Thoughtseize should start to rebound in the fall as more of the Fall 2014 set is opened and new players to the game need to start to acquire the Thoughtseizes to enter into Magic. This also assumes the format doesn't develop to the point that every single deck starts to play Thoughtseize to counter Thoughtseize, in which case the spike comes a lot sooner.

Some Other Case Studies

We can now look at cards like Sanguine Bond, Door of Destinie, and Gilded Lotus. These three were all recently reprinted in core sets and saw massive drops in price. As long as these cards don't continue to see reprints in core sets, they should all start to rebound. The casual market is probably more active than the tournament market for singles, and with every new cube, every new EDH deck, every new casual Sliver deck, more and more of these cards will be needed. This makes them very active buys right now.

Sets like Modern Masters, From The Vault, and special Promos present a completely different aspect to reprints. The reprints from these sets are extremely limited and make even better profiting targets. Take Tarmogoyf and Dark Confidant from Modern Masters. They were announced and right before the set came out people were dumping these cards in anticipation of lower prices for these cards. However, looking at the price of these cards today compared to 6 months ago, there is almost no change. There was just simply not enough put into the market to satisfy demand. Yes I know some vendors started buying at retail numbers, but that is what happens on a short supply of high demand cards. The rares from that set are slow to catch up, but I think given a year or so, most of the cards will regain a lot of value.

The same can be said about From The Vault sets and promos. There is just simply not enough copies put into the population to justify a long term price drop. Best guess is that something like 75,000 new copies enter the market, and when there are already millions in circulation, this is a drop in the bucket. A lot of these copies don't even get opened and are kept in collections still sealed, so maybe 50,000 enter circulation. Not a whole lot in the grand scheme of things. Prerelease and Release promos do a fair amount of damage to a cards value, but just look at something like Emrakul now. It is a $25-$30+ card right now and it was a prerelease card. If a card is in high enough demand, it will spike eventually and buying in on the bottom floor during release time can yield large profits a couple years down the road.

This also applies to cards that had been reprinted previously. Each time a big card is reprinted, it attracts more people to the older formats. Because Dark Confidant and Tarmogoyf gets a reprint, all of the cards that are needed to play the decks those two cards in get a boost with people buying in. Now Thoughtseize gets reprinted, you have a new group of people buying into Modern and the cards that are needed, so Dark Confidant and Tarmogoyf get another boost, as do the previous group of cards that were needed by the Tarmogoyf/Dark Confidant people. See how this can snowball quickly?

Once they own the Dark Confidants and Tarmogoyfs, they are only a few cards away from a viable Legacy deck in Jund. Onslaught Fetchlands and Dual Lands get a small boost from this increase interest and so forth. It might take longer to feel the effect of these older cards getting bought, but eventually someone will notice the supply going low again and buy in, causing another spike in cards. The goal is to be among the first people to notice this or piggy back on this rush.

I am not sure if I have completely mucked this up or if any of this actually makes sense to anyone. There are two major takeaways if anything from what I have said. This game is popular and is growing all of the time. Just because a card is reprinted doesn't mean it is going to lose its value permanently. Cards are destroyed, put into collections, or more people arrive and need them. The second item is that you need to look beyond just the card being reprinted to see the full scope of changes from the reprint. Inquisition of Kozilek and Fetchlands are both poised to see a spike as more people get into Modern as more of the expensive cards are reprinted.

Next week I am going to cover GP Detroit results, additional Theros thoughts, and how to analyze previous block cards that are undervalued so you can find nice targets to focus on.
-Stu

7 thoughts on “Insider: Reprints and You”