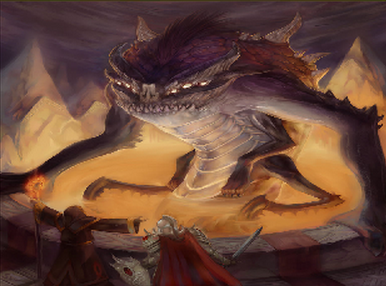 Design Goals:  This is part of a series of 2-color Hill Giants, each with abilities that scale as the game goes on.  When I posted Goblin Shot-Shooter, I discussed the fact that "drink X" abilities are generally a problem because there is no in-game mechanism to limit them.  With this cycle, we decided that drinking X was fine, as long as there were parameters set on X that were in some way limited by the game state.

The goal of Porcelain Lurker was simple: turn drinking into damage.  Simply saying "drink X, target opponent loses X life" would be tantamount to "You Win The Game" (and lose your dignity and at least one friend).  So, we set up the card to force the caster to engineer a board state that's optimal before playing this.  If you can set up a turn that causes an opponent to drink 20, then cast this, you probably deserve to win the game (but not before you have to endure 20 drinks yourself).