Welcome back, readers and speculators! While I certainly enjoyed writing about non-financial stuff, this is in fact a MTG finance website so it's only right that I get back to the subject you guys and gals are here for.

Today's article will look at the financial implications of Conspiracy. I choose to write this article after Conspiracy had been tested out by players because multiplayer draft is a very novel concept, which makes it difficult to evaluate financially. When companies test the waters with new products they usually either hit big or miss wildly (guess which did which). 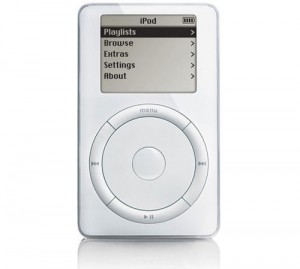 I applaud WoTC for trying something different. I ran a poll in our forums (and talked to local players) regarding their feelings towards Conspiracy as a whole to gauge people's thoughts on the set. We need to gauge demand to determine the likelihood that packs will keep getting cracked and singles will keep entering the market.

We've already seen that the reprinted high-dollar staples (Exploration, Stifle, Misdirection) took a nosedive in value (it was humorous to see how many copies dealers at GP Atlanta had in their case, clearly trying to unload before Conspiracy hit). But we now need to determine if they will likely stay that low or if the excitement of Conspiracy will wear off and after a bunch of reprints hit the market if they begin to dry up as demand for Conspiracy drafts dries up.

And the Results Are in...

To be honest I expected it to be a lot more lopsided, based on talking to our local player base. The consensus seems to be that the drafts are fun, but because it's only one game played they are very short and people suffer more from the natural variance inherent in Magic (mana flood and mana screw being pretty common). There are several different deck archetypes , but quite honestly not a ton (R/x defenders, U/W flyers, Mono-green beats are the ones I've seen the most).

What Does This Mean?

A decent number of players do enjoy the draft style and will continue to draft. What this means is that the average value of the rares will continue to drop as more and more get opened. This also means that we aren't at the price floor for almost anything out of the set, so if you start buying in now be prepared to lose some more money.

It is important to note, though, that while a decent percentage of the player base does want to keep drafting it, a larger portion has already grown weary of it. This does imply that while we haven't hit the price floor yet, we will do so sooner rather than later. It is unlikely that the people who want to keep drafting it will keep opening up the desirable rares at the rate the overall player base wants (though the value per pack will likely decline to the point that it is not worth cracking packs just for the chase rares).

We should also keep in mind that the new core set comes out in a little over a month, which is a standard 3x pack draft format, which will likely pull away some of the people who would have Conspiracy drafted. We saw a similar thing happen with Modern Masters (though in a much more compact time frame).

The first couple of weeks after Modern Masters released, as more product kept getting cracked, the price of the rares in the set continued to drop. Supply dried up quickly afterwards and cards started to stabilize. Demand began to increase as WoTC kept pushing the format and the prices began to rise again.

So my list of potential spec targets from Conspiracy are: