I played Magic as a kid from roughly 1995 to 2000 or so. I can't point to any specific reason I quit, and I'm not even exactly sure where all my cards ended up. Saying I lost interest wouldn't be entirely accurate, but it would be fair to say I got distracted.

Magic wasn't on my radar for many years, but I had strong feelings of nostalgia for the game. Every once in a while, I would see if there was a free way to play Magic online. Unfortunately, Magic Online has not yet figured out a pricing scheme that appeals to casual or vaguely interested players, so whenever I Googled the game, I quickly realized it was more commitment that I was willing to give.

Finally, Duels of the Planeswalkers came along. In July 2011, I downloaded DOTP 2012 and was nearly instantly drawn back into the game. A few months later, I attended my first prerelease, for Innistrad, and I haven't looked back. I've heard that many old-school players returned to the game due to DOTP, so I know I'm not alone. Out of curiosity, how many of you are in the same boat?

I've been clearing some space on my PS3 recently, and this game is the oldest one installed on my system. Having not played it in years, I knew it was probably time to delete it, but before doing so, I opened the program one last time to relive the glory days of 2011.

I was not disappointed. Despite only being a little more than three years ago, it's amazing how nostalgic the opening cut scene, gameplay and menu music, and decklists made me. Checking the leaderboards reminded me how much time I spend grinding this game online. Despite not logging in for years, my ranking in two-player games is still 34th out of nearly 75,000 players: 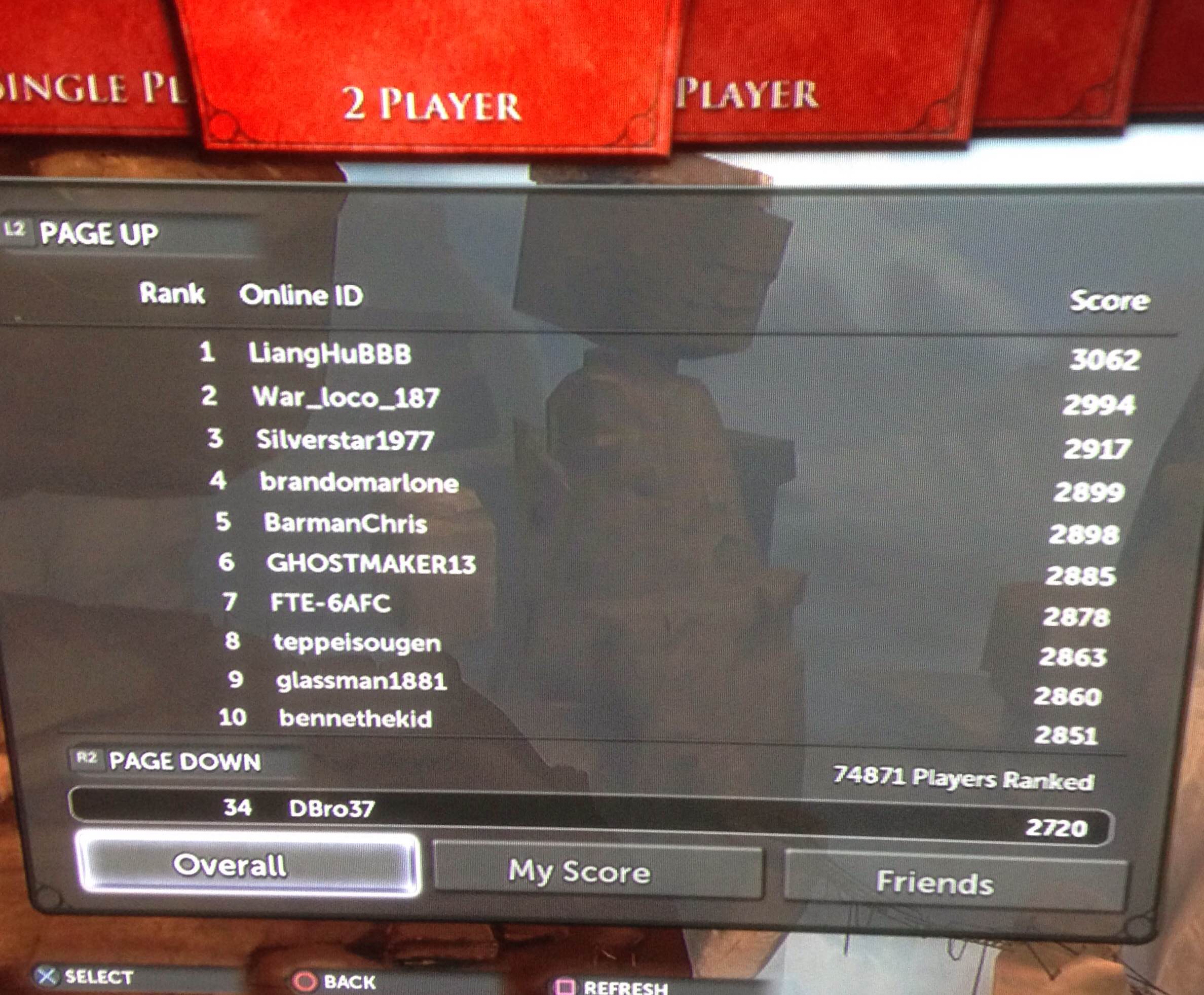 I reached top 10 while I was actively playing—I remember frequently passing and being passed by "bennethekid" back then. I guess he ended up winning in the end. Oh, well.

I liked nearly all the decks in this game, but my favorite was a Zac Hill design known as Ancient Depths. I don't know who designed any of the other decks, but this must be one that Hill is very proud of, as I've heard him mention it in multiple interviews. As much as I can pinpoint this article by Hill as the reason I phased out of playing Standard, I have to give him credit for designing a deck that still personally resonates with me to this day.

On DOTP 2012, you could unlock up to 20 additional cards to edit your deck. You can check out the original decklist and available unlockable cards here. The deck I was running back in 2011 was built like this:

I have to say, I think I did pretty well considering my relative inexperience at the time. The only card not included in the maindeck that inarguably should be is Compulsive Research, which probably should have been included over a second Tidings. I'm also not positive Explosive Vegetation is better than Skyshroud Claim—sure, it can get islands, but Claim often lets you play a follow-up card on the same turn.

In any case, I love this deck. It's the main reason why my Maelstrom Wanderer list is the only Commander deck I haven't taken apart within a few weeks of building. Although I started playing in the '90s, this is the deck that brings out those little-kid feelings that Magic is so good at inspiring. It's not like I can find people to play online anymore, but nonetheless, I was sad to delete DOTP 2012 from my system. It felt like saying goodbye to an old friend.

Has Duels of the Planeswalkers played a role in your entrance or return to the game? Share your stories below.

5 thoughts on “The Deck That Got Me Back into Magic”