I wrote about PucaTrade just about a month ago after using the site for only a few days. There's only one chance to write about true first impressions, so I took that opportunity while it was available. In the weeks since then, I have become pretty damn addicted to the site, shipping out over $600 worth of cards in the process. PucaTrade is not without its drawbacks and annoyances, but there are many reasons why I think it's an important tool in the utility belt of MTG financiers everywhere. 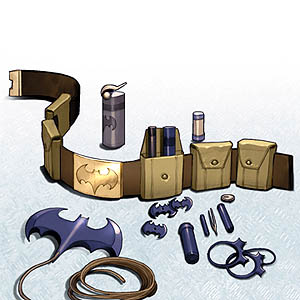 Be as Active as You Want

I'm just going to start with my favorite thing about PucaTrade. Traditionally, when you're selling on sites like eBay or TCGplayer, you are at the mercy of the buyer as far as timing goes. You can have a busy couple days planned with no time to make any shipments, then have something sell and derail your already packed schedule. You can always remove inventory during these busy times, but that is a serious pain and just not a reasonable option. Besides, if something you're trying to sell is going to sell, you don't want to prevent that, no matter how busy you are.

With PucaTrade, you're inventorying the cards you have, but they're not up for sale in the traditional sense. Instead, on your schedule when you have time for it, you match your inventory against other traders' want lists and decide if anything looks reasonable to send.

You're not required to send anything at any point until you decide to. So if you know you can prepare some mail in the next couple days, you can spend a lot of time scrolling through that send list, but if you're busy, you just don't visit the site for a few days. No unexpected action is going to be required on your part.

My first impression of the site was that nobody seemed to want cards from the recent set. But after using the site frequently, I've come to realize this isn't true at all. Everybody has these cards, though, so when someone does put a newish card on his or her want list, you have to be pretty quick to snag that send. This sounds like a time-consuming downside, but it's really not that bad.

The Matter of Hourly Rate

A couple people questioned whether PucaTrade was worth it for the time involved, which is a fair query given how much you have to do to get started on the site. But really, most of the heavy lifting is front-loaded, and it mainly comes down to getting your want list completed. Once that's done, the rest becomes pretty routine.

Send a Card: You probably check a few sites multiple times a day—stuff like your email, Twitter, Facebook, etc. Make PucaTrade one of them. Check the list under "Send a Card" a few times a day, but quickly. You'll get to know if something looks worth sending based on the points versus shipping versus what specific cards are involved.

You can spend 60 seconds on this five times a day and have a good chance of catching some cards you're actively looking to send out. You can do it while waiting for the subway or the doctor or your food. It doesn't have to be something that consumes too much time. You know what you're looking to send out.

Sending cards: I prefer sending low-value cards in plain white envelopes with stamps. I'm not going to go through packaging practices, as that's been covered many times before (I prefer Ross Lennon's breakdown over at Brainstorm Brewery). But to make the process as fast as possible, here's a few tips.

Receiving cards: There's no bartering or bickering (unless you send or get sent less-than-NM cards) on PucaTrade. If you have a card on your want list and you have the points for it, someone will just send it to you, and the only action required on your part is to complete the trade when the card arrives. This is way easier than placing an order on TCGplayer, and less time-consuming, too.

Those Things You Just Haven't Buylisted Yet

Okay, my favorite thing about PucaTrade (that it works within your schedule rather than within the buyer's) could also be said of buylisting cards, and for buylisting cards, you get sweet, sweet cash and not these silly PucaPoints. This is a fair point, and I certainly will continue to buylist when appropriate.

You know those cards that you've kind of just had forever? Those cards with spreads in excess of 60 or 70 percent, that you get to while buylisting and just think, "Eh, I'll hold onto this and see if the spread is lower next time I do a buylist"? And then the next time you do a buylist, the spread is similarly pathetic, or maybe the card isn't even on any buylists at all? So you continue holding the card, because it's not something worth bulking out, but you also haven't found an appropriate way to get rid of it?

Yeah, you know those cards. And PucaTrade is a great way to hook up with actual players that actually want them, something that has obviously been sorely lacking at your LGS.

Or maybe you have a playset of Elspeth, Sun's Champion that you'd like to out because of the impending reprint, but nobody will trade for them at full value, and buylists have plummeted since the announcement. Guess what? There's a Standard grinder or casual player who just doesn't care about (or fully understand) card value who will happily let you ship to them on PucaTrade.

Maybe you're like me, and you love digging through an LGS's bulk bin for five-cent common and uncommon gems. I've collected a lot of these over the years, but commons are usually so low on an LGS's priority list that buylists are often bad or non-existent. Through PucaTrade, I have gotten retail value in trade credit for copies of Fire // Ice, Coiling Oracle, Bump in the Night, signets, bounce lands, Wear // Tear, Preordain, Hydroblast, Red Elemental Blast, Impulse, and more. Finally a way to get reasonable value off of these!

Back when I was doing my Zero to Draft series, I wrote an installment about getting value from common and uncommon draft leftovers. My hope in that article was to get a dime each for Standard-playable stuff, but I'm wondering if PucaTrade is better value for these types of cards. I've gotten much better than 10 cents worth of trade credit for copies of Destructive Revelry, Favored Hoplite, Battlewise Hoplite, and even the common Khans of Tarkir refuge lands in the last few weeks.

One last category of card that's great to send on PucaTrade: cards you open at your prerelease. We all know (or should know) that we should be trading off most of our valuable rares and uncommons after prereleases in order to lock in the highest value. In practice, though, I don't do a lot of trading, and buylists aren't always up quickly after prereleases. PucaTrade is a great way to lock in value on Standard cards you expect to drop.

I sent a couple copies of Silumgar, the Drifting Death at 149 points each, and it's now down to 117 points. I expect it to be even lower in four more weeks. Buylists would have paid me all of 64 cents (can I just say that I love the new buylist-tracking stock charts on Trader Tools?). Would you rather have $3 trade credit or less than a dollar cash after PayPal fees and shipping? It's fair if you'd rather have the lesser amount of cash, but I'd rather have the trade value. If anything, I feel confident that I could turn it into more than a dollar in cash before too long.

Empowering You to Make the Trades You Want to Make

There's no "tax" when you're trading up on PucaTrade. Nobody is going to make you pay a premium to get a Legacy card because you only have Standard cards. You are getting fair value for the cards you want to trade away and receiving exactly the cards you want to receive. And you don't have to match up with any one trade partner, since it's point-based. Nobody even has to know that you got that dual land by sending out draft leftovers for half a year.

So far, I've been using PucaTrade to fill out some of the more obscure, rare, or difficult-to-come-by items on my Cube want list, and it's been very effective at that task. Before long, though, I'll have finished that project and will be looking at ways to maximize PucaTrade for speculation purposes. I'm much more willing to go deep on a card when I'm spending credit rather than actual cash, and that's another way I suspect PucaTrade can be a great tool. Expect for me to revisit this topic again. Until then!

4 thoughts on “Insider: PucaTrade and Flipping the Roles of MTG Finance”