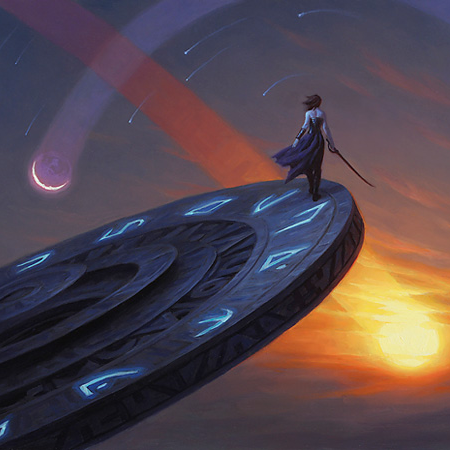 First of all, thanks to all our users for the overwhelmingly positive response to our site's re-launch.  As always, we have been very vocal about soliciting feedback, and our users have returned the favor.  We spent some time over the weekend collecting this feedback and implementing it.  We understand that transitioning to new software is rarely seamless, so we're doing everything we can to make it smooth.

Here's what we've done so far:

First, some users asked for access to the older version of Trader Tools while they're still getting used to the new version.  We'll leave up the old version, accessible at www.quietspeculation.com/tt3 as normal, indefinitey.  Development hours will be allocated towards the new version, of course, but you're welcome to use the old version for as long as you so desire.

Next, many users pointed out that the "total edition value" went the way of Alpha Volcanic Island; intended for inclusion but unintentionally omitted.   It has been re-added as originally planned.  When viewing multiple editions, the total will reflect the overall value of the cards meeting your filter criteria across all included editions. 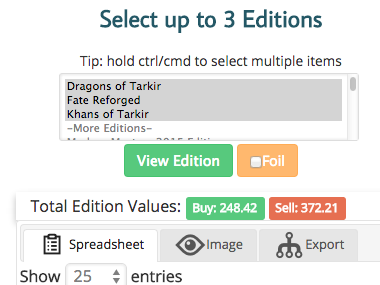 On individual card pages, we had some feedback in testing that told us people wanted to be able to see the prices of different versions of the current card.  When we launched to the greater public, however, we got a lot of feedback saying that it was confusing to have it all jumbled together.  So, I went ahead and split the price list into two distinct tabs instead; one for the current edition, one for all versions. 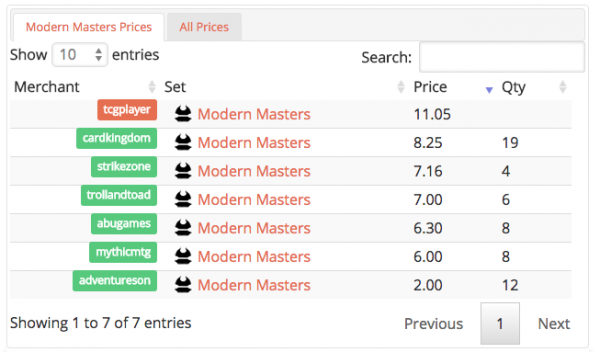 Also on the Single Cart page, in the All Prices tabs, edition names are now click-able so you can easily do further research about other versions of the card.  Take note - these links don't go to the editions, they go to the card from that edition!  There was also a bug that caused these prices to display in random order.  They now properly display highest-to-lowest.

There are other updates and changes that we'll be rolling out throughout the week, but if you've got specific requests, leave a comment here and we'll see what we can do to help you out.