Season one of the SCG Tour hasn't been going exactly as I would like it to. I have had some success with two 8-1 finishes in day ones, a Top 32, and a few Top 64's, but that isn't going to cut it. The thing is, I know that I can do better than this. I have before, and quite recently to boot. I was in a slump and I didn't know why. After this weekend, I finally do.

I was unable to find reasonable travel accommodations for the SCG Philadelphia Open, so I decided to stay in town. As luck would have it, there were two really great tournaments going on. A local store called Level Up Games was having their own Players Championship, with 12 qualifying tournaments over the course of the year. Each of these tournaments is a 1.1k, and there was a Standard one this past weekend. Minnesota's RPTQ was happening this past weekend as well, and that also happened to be Standard. I was qualified for the RPTQ, and a 1.1k tournament sounded like the perfect place to get a bit of play-testing in before trying to qualify for the Pro Tour.

Below is the list I ended up running at both tournaments.  If I was to run a tournament tomorrow I would most likely cut one Sidisi's Faithful for one Grim Haruspex, and possibly cut the Liliana, Heretical Healer // Liliana, Defiant Necromancer from the board for either an Anafenza, the Foremost or another Sylvan Advocate.

On Saturday I got up early and got a run in to get my blood flowing. I have been doing this lately, and it has been amazing. I feel so much more awake for the tourney, and my energy levels seem to stay higher throughout the day. I write down my deck list on the deck registration sheet, and waited for round one to start. This is when I felt something I haven't felt in a long time. There was no pressure, just the feeling that I'm going to do great today. It was a weird feeling for me to get, as I haven't felt it in a long time. This is what has been missing for the past two months or so. I knew that most of the players that showed up to the tournament were good enough to take the tournament down, but I just felt like the tournament was mine for the taking.

I went through the first half of the swiss unscathed before taking a loss to Konstantin Brakefield. Remember this name. There might be a test later. When I lose, I usually start immediately trying to figure out what I did wrong, but this time I jotted down a few notes to review later and got ready for my next opponent. I finished out the swiss with two more wins and a draw, putting me at 5-1-1 and into the top 8.

Once again, I'm paired against Konstantin as my quarterfinals opponent. As you'll recall, I lost in our first meeting. This is the perfect time for me to start counting the ways to lose, as I already have lost two games to him. But I don't start thinking about that, I just start thinking of the ways that I can win this matchup- Grixis Dragons. It's basically RB Dragons with Jace, Vryn's Prodigy // Jace, Telepath Unbound, Silimgar, the Drifting Death and Dispel out of the board. Game one I get to do whatever I want, as there isn't any counter magic main, and then post board I get aggressive with Anafenza, the Foremost and Sylvan Advocate. My plan worked out, and long story short I continued riding my winning feelings to a 1st place finish. 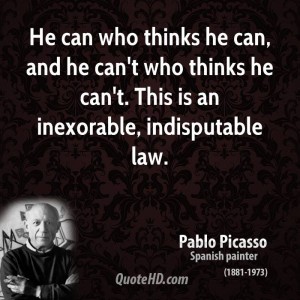 This quote is something that I read in a poker book a long time ago, and recently in a fortune cookie. I'm serious, I have the fortune in my wallet, and it is something that I believe to be very important to everything you do. The message is simple enough, but so many times I hear the opposite from so many people. There are many reasons that you hear it; the matchup is too tough, my opponent is better than me, I didn't wear my lucky boxers, etc... I think that I lost sight of this as well during my most recent battles on the SCG Tour. I would sit across from my opponent and put so much pressure on winning that the pressure invented ways I could lose, and because I saw these as real possibilities I would end up losing.

Finding myself in a good head-space for the first time in too long, I was super hyped to play in this RPTQ. I played great, and even beat Konstantin again in the swiss. Everything felt as it was when I was playing last year and was on a huge tear. Then in the Quarterfinals I was paired against- you guessed it- Konstantin Brakefield. Even though I felt great about the matchup and I was in the right frame of mind, I still lost. That's just Magic sometimes. I won't let it get me down. It hurts a bit knowing I was so close to making the Pro Tour, but I will get this chance again, and I will be ready to win.

There are so many things that go into preparing for a tournament. I know many of you will playtest late into the night, but remember if you don't believe in yourself you have already set yourself up for failure. Everyone can be beaten, and no matchup is unwinnable unless you already haven given up on yourself.

Congrats to Konstantin on his qualification for the Pro Tour. It has been a long time coming and well deserved. You better qualify for the next one too, so I can see you there.

Once again thanks for reading!